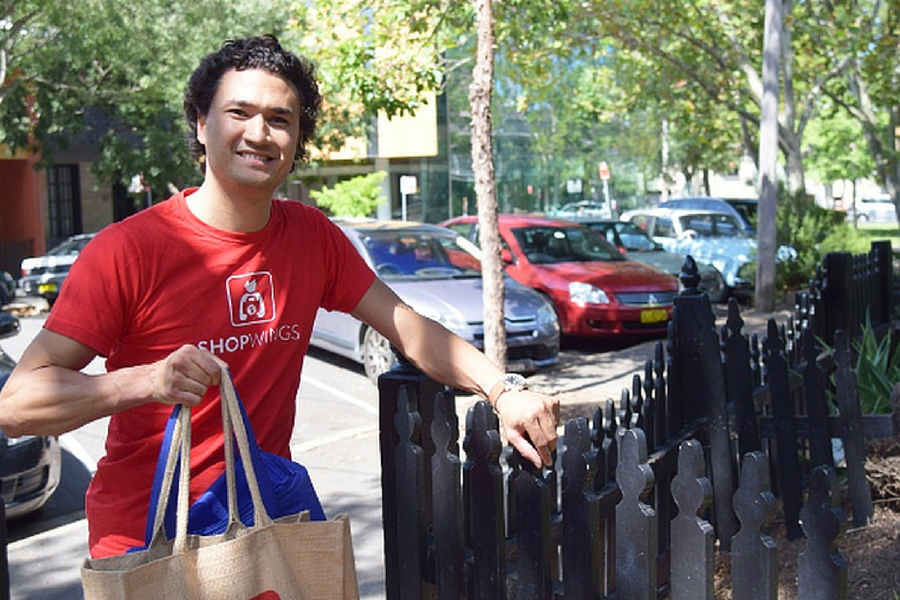 After a year of launches, the startup players in the Australian food and grocery space are starting to consolidate, with Grocery Butler today announcing a merger with Rocket Internet-backed ShopWings.

The merger will see the two grocery delivery companies operate under the ShopWings brand in Sydney, Melbourne, and Brisbane. According to a statement, the merger creates “clear synergies” by providing the new entity with an enhanced logistics network, a strong tech platform, a client base of more than 15,000, and a complementary geographical footprint.

The new ShopWings will remain part of the Asia Pacific Internet Group, the Oreedo and Rocket Internet joint venture, and will also be supported by BlueChilli, of which Grocery Butler is a portfolio company.

Current ShopWings COO Guillaume Ang will switch roles to CEO, while Grocery Butler CEO Michael Parthenides will lead the company’s Melbourne operations and sit on its board of directors along with current ShopWings managing director Manutea Dupont.

Parthenides said the merger accelerates the pace at which the business can reach its current 18 month objectives.

“Their tech focussed team and brilliant technology stack are a perfect match for Grocery Butler. We bring to the table our diverse customer base, more than 80 personal shoppers, a complimentary geographical footprint and a capital- efficient approach to business,” he said.

Ang added that the company is “convinced of the strategic benefits” of the merger, which will form “a strong market leader with an impressive track record in technology, operations and sales.”

Grocery Butler launched in late 2014 while ShopWings launched in February 2015, choosing Sydney as its third launch market after Munich and Berlin. At first looking to assist consumers with the ‘hassle’ that is grocery shopping, delivering from Aldi, Coles, and Harris Farm Markets, it now offers home delivery from Ikea and other local stores depending on location.

The companies believe that the opportunities for growth in the online grocery market are huge: according to IBISWorld the supermarket and grocery industry sees $88 billion in revenue annually, however IBIS also states that this industry is “one of the most fiercely competitive in Australia”, with Coles and Woolworths duking it out for top spot while Aldi creeps up.

As well as facing competition from the supermarkets, which have their own online shopping, delivery, and pick up services, the new, stronger ShopWings will still face startup competition in the shape of YourGrocer. The Melbourne startup raised $600,000 in funding earlier this year to expand its reach across the city and into Sydney.

Of course, then there are also the recipe box delivery services such as HelloFresh and Marley Spoon to contend with, while global giant Amazon today announced that it is close to launching its own such service in the US in partnership with Tyson Foods.