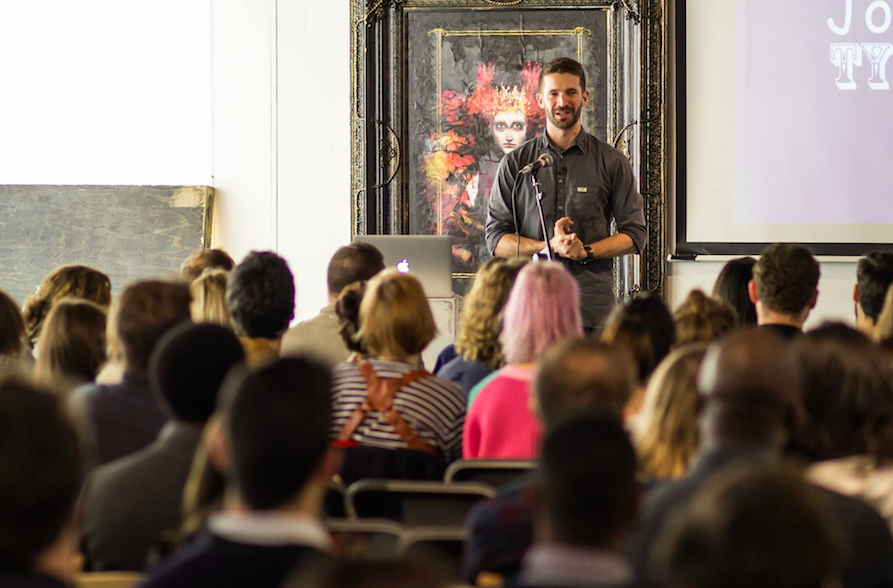 The tools available to most writers have come in leaps and bounds over the last few years. From software allowing novelists to plot out and write their book chapter by chapter or screenwriters to script dialogue and directions without breaking a sweat, to platforms like Medium inspiring bloggers to write, the tools available are endless. Technical writers, however – those writing the long documents that explain how to use a product or service – haven’t had it so easy.

Set to launch out of beta in the coming weeks, it enables an end-to-end writing and publishing workflow through features including a Markdown editor, inbuilt version control, the ability to group content into collections, and publish in HTML. Crucially, it also allows for easy collaboration between teams. It can perhaps most easily be described as Github for technical writers, though the startup has also found a home with academics.

The idea for Corilla came to cofounder David Ryan through his time working at open source software company Red Hat. He said, “A few of us in a little corner of the Brisbane office started to get really sick of the tools we were using to work on increasingly complicated technical writing for the company, so we created our own little internal startup, started as a little box under somebody’s desk.”

In the first year, they took over two thirds of Red Hat’s global software documentation – 800 books in more than 20 languages. As other technical writers got word of this new tool, Ryan began speaking at industry conferences are the world, where the feedback he got most often was that while the tool was great, the fact it was open source made it difficult for writers to convince their bosses to let them use it.

“It took me two years to go, okay, there’s something here and we need to validate this externally,” Ryan said.

It was as he was thinking about this that Ryan bumped into Bob Young, cofounder of Red Hat and its first CEO, at a conference in New Zealand.

“Bob just laughed at me and said, look, I don’t know whether to hire you, acquire you, invest in you, or partner with you. I just looked at Bob, laughed and said, let’s do all four, but let’s just try them one by one,” Ryan said.

A few weeks after Young came on as an angel investor, Corilla spun out of Red Hat, spent a week in Paris through Google Launchpad, and was then accepted into the NUMA Sprint accelerator program in Paris, the first international startup to take part in the program.

Ryan said the Corilla team was “blown away” by France and the opportunities there. As well as being home to a big community of open source developers, Ryan said Paris has become a key gateway to other European economies, one perhaps even more important than London.

The fact that an Australian startup was somewhat of a novelty in France also worked in Corilla’s favour, and something that more Australians should spend some time considering – particularly with the government set to establish a launchpad for entrepreneurs in Berlin.

“We were the curiosity of Europe for about six months,” Ryan said. “There’s also something about what government is doing and the community does to really push their ecosystem there and we felt like we landed right in the middle of momentum.”

Being based in Europe for this time also helped the Corilla understand a huge portion of its community that it would perhaps not have gotten to know as well if it had stayed in Brisbane and kept the mentality often seen in the Australian startup landscape of needing to crack North America.

“I think you’re ignoring a massive part of the market if you’re not thinking of places of Europe and asking, what are the cultural differences here? Even little things, like how do we do our accounting here, how do we interface with the customers, what are their needs that differ from the American market?” Ryan said.

“It actually doesn’t matter where you are, as long as you’re exposed to your most relevant customers and as long as the country you’re living in has decent conditions. I would encourage people to visit Silicon Valley, but I would say start looking around at these hubs because there are a lot of advantages to the different kinds of business.”

During the team’s time in Paris, Corilla was invited to meet the team behind the launch of the French Ticket, a program which looks to attract international startups to France, to discuss the pros and cons of startup life in Europe and what needs to be done to attract more Aussies to France rather than Silicon Valley.

It is on this program in part that Queensland’s new Hot DesQ initiative is based, a program launched at the Advance Queensland investment and innovation summit last week.

Ryan said the summit itself was a heartening experience after a year away from Queensland. With Corilla CTO Nathan Koch based in Toulouse, community advisor Victoria Stoyanova in London, and Ryan himself doing the digital nomad thing, he said the developments over the last 12 months are now making him consider whether to base himself in Brisbane again.

“I am extremely proud of the Queensland startup community; I would urge people to understand at an atomic level that this is a community of personal stories. Every headline you see is the product of people coming together, at least in groups of five to 10 to 20 to 50, year on year, and brute forcing a culture that did not exist,” Ryan said.

“You hear a lot of the same names but, obviously, Steve Baxter for creating River City Labs. I would not have had the ability to leave Red Hat at 6pm every night and stay til 1 am at River City Labs and talk to people like Peter Laurie about customer acquisition or Colin Kinner about how to pitch or Peta Ellis about how to do PR. Just that single bricks and mortar entity gave us a clubhouse that I think was the driving force.”

Before deciding whether or not to settle in Brisbane, however, Ryan will be travelling to New York for TechCrunch Disrupt courtesy of Corilla winning the startup pitch competition at the Advance Queensland summit.

The trip is just one part of a busy few months ahead. With the public launch of the platform on the horizon, the Corilla also recently announced a partnership with Lulu Publishing’s Glass Tree, a self-publishing platform for academics.

Previous article The PaTH scheme announced in 2016 Budget a major win for not just youth, but presents an opportunity for the startup ecosystem
Next article Online marketplace for freelancers Upwork announces new pricing model as it looks to deal with growing competition
Via Profiles
Tags advance queenslandBrisbanecorilladavid ryanFrancehot desqNUMAQueenslandstartupstechnical writerstechnical writing