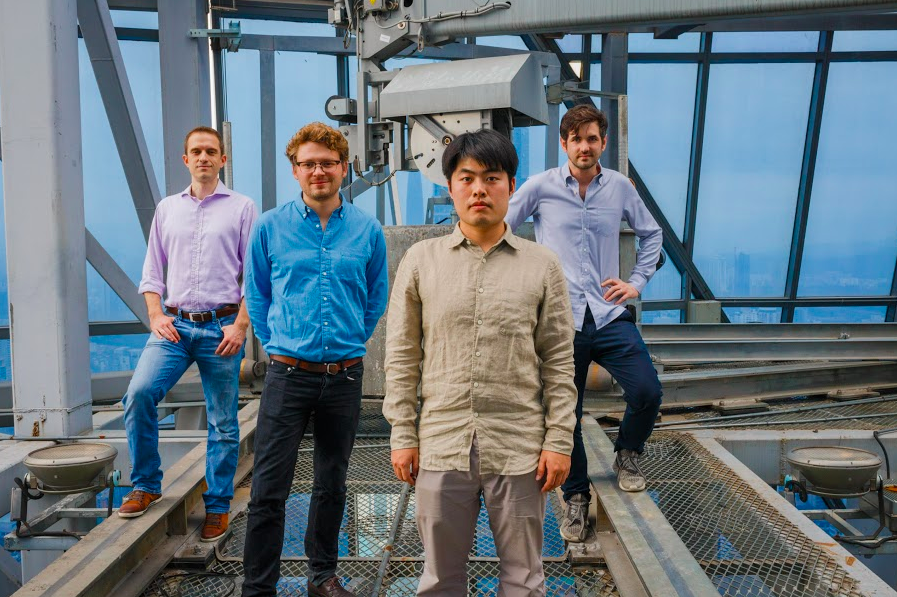 After a busy week Microsoft has announced it is selling its feature phone business to Foxconn subsidiary FIH Mobile for $350 million, while Fitbit has acquired the ‘wearable payments assets’ from mobile payments startup Coin. Alibaba Pictures has also raised $250 million for its online ticketing platform while Bark & Co has raised $60 million, and closer to home Hey You raised $2 million, Zoom2u raised $1.85 million, and headphones startup Nura has so far raised over $312,000 on Kickstarter.

Microsoft is set to sell its feature phone business to Foxconn subsidiary FIH Mobile for $350 million in a deal that The Verge reports will see 4,500 employees shift and Microsoft give FIH the rights to use the Nokia brand, feature phone software, services, and various contracts and supply agreements. Nokia plans to license its brand to a new company HMD Global, which will produce and sell Android devices. Microsoft will continue to develop Windows 10 Mobile, and support Lumia and Windows Phone devices from other partners.

Fitbit has acquired ‘wearable payments assets’ from mobile payments startup Coin, which has created a smart credit card system that allows users to store a number of credit and debit cards on just one card. Fitbit said the deal “includes key personnel and intellectual property specific to Coin’s wearables payment platform”, excluding smart payment products such as Coin 2.0. The company said there are no plans to integrate the startup’s wearable payments tech into the 2016 Fitbit roadmap however “the acquisition accelerates Fitbit’s ability to develop an active NFC payment solution that could be embedded into future Fitbit devices, broadening its smart capabilities.”

US telco giant AT&T has acquired Toronto startup Quickplay from private equity firm Madison Dearborn, which had acquired a majority stake in the startup in 2012, to boost its streaming capabilities. John Stankey, CEO of AT&T Entertainment Group, said in a statement, “Quickplay’s multitenant IP distribution infrastructure, combined with AT&T’s leading scale in IP connected end points, will allow us to host and distribute all forms of video traffic. We intend to scale and operate an industry-leading video distribution platform, and viewers will get the high-quality online video viewing experience they desire.”

Melbourne Accelerator Program grad Nura has raised over $312,000 on Kickstarter for its headphones, which learn and adapt to the wearer’s unique hearing.

On-demand courier startup Zoom2u has raised $1.85 million from existing investors Tony Gandel and Anthony Klok and new investor Mike Rosenbaum to help fund its expansion around Australia. Launched in 2014, the startup raised $850,000 in seed funding from Gandel of Gandel Invest and Klok, non-executive director of Temando, last June. It now reports it is serving over 14,000 customers across Sydney, Melbourne, and Brisbane. The fresh funding will go towards expanding the startup’s network across Australia, with Zoom2u eager to go beyond the metro cities to begin serving regional areas; to do this the startup will be hiring new staff across its operations, development, sales, and marketing teams.

Coffee ordering and payments app Hey You has announced a $2 million Series B funding round as it looks to enter its next growth phase. The round, led by existing investors Reinventure and Exto Partners, will go towards supporting Hey You’s vision to expand nationwide to become Australia’s number one cash-free marketplace. In hand with this funding Hey You has appointed Shaun Cornelius as new CEO. Cornelius is a seasoned entrepreneur and has worked on projects like Our Deal, which was sold to coupons giant Groupon last year.

Alibaba Group’s film and TV subsidiary Alibaba Pictures has raised $260 million in a Series A round for its online ticketing service Taobao Movie, with TechCrunch reporting that the investment gives Taobao Movie a post-money valuation of about $2.1 billion. The round was led by CDH Investments, Ant Financial Services Group, and Sina.com, with participation from a number of other investors.

Bark & Co, the company behind subscription box for dogs BarkBox, has raised $60 million in a funding round led by August Capital, with participation from existing investors RRE and Resolute Ventures. The company, which had raised $17 million in prior funding since its 2012 launch, reports that it has surpassed a $100 million revenue run rate. This fresh funding will go towards continuing the company’s shift in focus from reselling to creating its own products.

Chinese dating app Tantan has raised $32 million in a Series C round from investors including LB Investment, Vision Capital, and DST Global. According to TechNode, Tantan reports having 2.5 million active users, with 80 percent part of China’s post-90s generation. The male to female ratio on the app is 6:4. The funding will go towards fixing user pain points, improving daily usage, and consolidating its position in the social app space.

Keep, a Chinese workout app, has raised $32 million in a Series C round led by Morningside Ventures and GGV Capital, with participation from Bertelsmann Asia. According to DealstreetAsia Keep has 30 million registered users, of which 11 million are active monthly.

Q4 raises $22 million Series B round

Q4, a startup creating communication and intelligence solutions for the investor relations market, has raised $22 million in a Series B round led by investors including OpenText Enterprise Apps Fund, Information Venture Partners, and HarbourVest Partners. Bringing the total raised by the company to date to $30 million, the funding will go towards expanding Q4’s engineering, sales, and marketing teams.

PatientPop raises $20.5 million Series A round

Healthcare practice management platform PatientPop has raised a $10.5 million extension to its Series A round, for which it raised $10 million last year. Bringing the total Series A funding to $20.5 million, this round was led by Toba Capital with participation from athenahealth and Silicon Valley Bank.

Afero raises $20.3 million Series A round

Afero, a startup which looks to secure connected devices even when WiFi isn’t working through a chip, has raised $20.3 million in a Series A round led by Samsung Catalyst Fund, with participation from investors including Presidio Ventures, SoftBank, and Fenox Venture Capital. The funding is expected to go towards helping sell the system to makers of smart devices and hardware components.

CircleCI raises $18 million Series B round

CircleCI, a startup helping developers with continuous integration and delivery, has raised $18 million in a Series B round led by Scale Venture Partners, with participation from existing investors including DFJ, Baseline Ventures, and Harrison Metal. The funding will go towards driving product development, expand operations, and scale sales and infrastructure.

Tally raises $15 million Series A round

Tally Technologies, which has created an app that looks to help users maintain good credit while also avoiding credit card fees and charges, has raised $15 million in a Series A round led by Shasta Ventures, with participation from existing investors Cowboy Ventures, AITV, and Silicon Valley Bank.

Avanan raises $14.9 million Series A round

Cloud security company Avanan has raised $14.9 million in a Series A round led by Greenfield Cities Holdings, with participation from existing investors Magma VC and StageOne Ventures. Bringing the total raised to date to $16.4 million, the fresh funding will go towards supporting the startup’s customer base.

Embroker raises $12.2 million Series A round

Cloud-based risk and insurance management platform startup Embroker has raised $12.2 million in a Series A round led by Canaan Partners, with participation from Nyca Partners and XL Innovate, as well as a new debt facility from Silicon Valley Bank.

Dedrone raises $10 million Series A round

Dedrone, which is producing a civilian drone detection system, has raised $10 million in a Series A round led by Menlo Ventures. The funding will go towards accelerating product development and expanding the startup’s sales and marketing teams. The startup’s leading product DroneTracker attaches to exterior walls of buildings, rooftops, or special masts, and through a combination of audio, video, WiFi and RF sensors it helps identify illegal drones that may be close by.