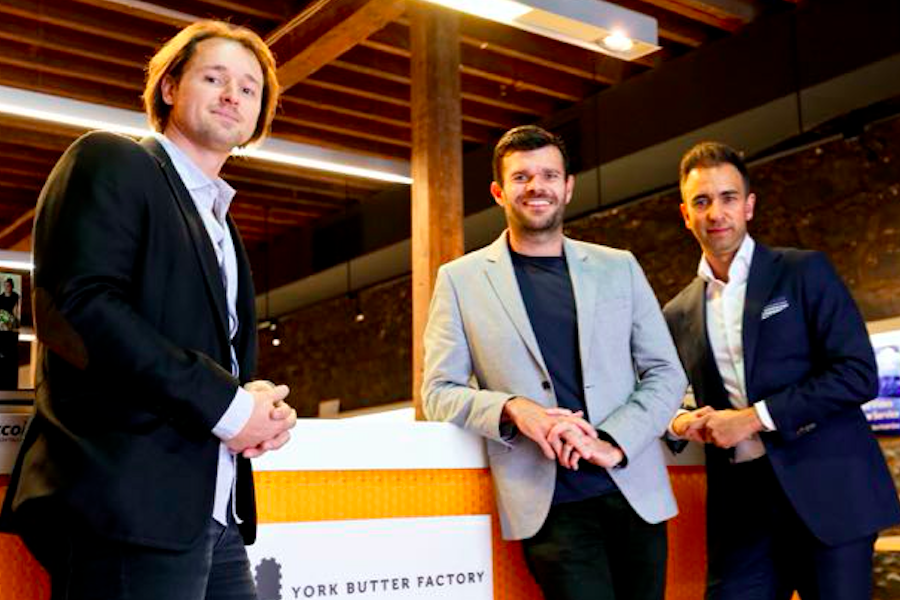 Melbourne coworking community York Butter Factory has today announced a partnership with global media group Dentsu Aegis Network (DAN), giving the company’s staff and clients access to the hub’s startups and their entrepreneurial mindset, and the startups access to a global network of potential collaborators and clients.

The partnership comes as an extension of the existing relationship between the two organisations, with York Butter Factory having collaborated with DAN in the past through Isobar, an agency in its network.

Simon Ryan, CEO of Dentsu Aegis Network ANZ, said the partnership is a “true cornerstone” of the company’s commitment to innovation.

“I look forward to working with closely with York Butter Factory to bridge the gap between our established network of companies, and their exciting startup community; there will be countless benefits to be gained for both our staff and clients,” he said.

Konrad Spilva CEO of Isobar and head of innovation at DAN, added, “DAN and York Butter Factory are both advocates of the power of innovation, with both organisations built on creativity, collaboration, and entrepreneurial spirit.”

According to York Butter Factory cofounder Stuart Richardson, the partnership will look to generate “great outcomes” for both DAN and the startup hub’s community.

DAN is just the latest corporate coming on as a York Butter Factory partner, joining the likes of Qantas, Ernst & Young, IBM, and Salesforce in providing support through sponsorship or access to company expertise and services.

These partnerships or sponsorships have become par for the course for coworking communities around Australia, with more traditional corporates in particular signing on as they look to spur innovation within their own organisations.

ANZ partnered with York Butter Factory last September, with the bank’s CTO Patrick Maes saying at the time that ANZ – which also sponsors Sydney fintech hub Stone and Chalk – realised it needs to build strong relationships with all the different players in the financial services space.

“For ANZ, this partnership is about supporting the fintech sector in Australia, embracing innovation and collaborating with all parties to explore future possibilities, which will lead to a positive outcome for customers, communities and economies,” he said.

The partnership followed on from NAB partnering with Sydney coworking community Fishburners in October in a deal that saw the bank get a desk in the space, giving it a first hand look at the startups working in the space and the opportunity to collaborate with them to deliver solutions for its customers.

Have you booked travel insurance for your next trip? 19 Nov 2017
Home professional? Get matched to projects in your area with Houzz
Get 15% off your next business venture with Veromo
Travel Insurance
On the hunt for a great low rate home loan?
Home Insurance with Small Business First