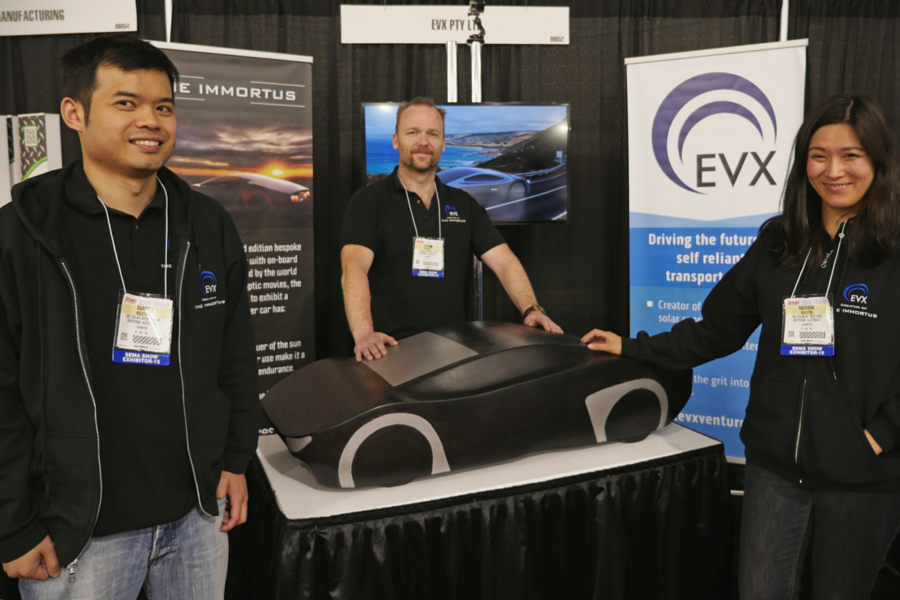 Solar cars have been under development for decades as car companies look for more sustainable energy solutions to power their vehicles. With the pollution from fossil fuels causing enormous health problems for people in countries like India and China, finding non-polluting energy sources is more important than ever.

Solar energy is an infinite and sustainable energy source that has been commonly used in households to heat homes and pools. The mass use of this technology and its rapid growth as a renewable energy source has resulted in limited environmental impacts.

Research conducted by the Australian Institute reveals Australia has some of the best conditions in the world for producing solar energy. Findings suggest solar is the nation’s preferred future energy option, with 63 percent of people ranking solar as their number one energy preference. It is estimated solar energy could produce up to 60 percent of Australia’s energy needs, which would be a drastic reduction in the production of greenhouse emissions.

With solar looking to be the number one energy source in Australia it makes sense that our country would be one of the first to create a legal solar car for mass consumption.

Melbourne-based startup EVX Ventures is currently developing a legal and road safe solar car called the Immortus Solar Sports Car. The solar powered car will be made in limited production as a platform for testing different energy independent vehicle technology.

“The time in our history with cars is shifting towards sustainable energy and electric vehicles. There’s just been more interest in like green technology recently,” said CCO of EVX Ventures, Byron Lee.

The Immortus is based on technology developed from solar car racing in the World Solar Challenge. This technology allows the Immortus to run on the power of the sun and store that energy for later use, enabling the car to run on infinite endurance. This infinite endurance is of course dependent on the sun, so as long as the sun shines, the car will run, which is clearly a more viable option than finite sources like fossil fuels.

“There’s been a long history of solar racing within our country. With the World Solar Challenge being around for almost thirty years there’s a long history of developing solar car technology as a means to promote green technology. The idea of commercialising it has not come into effect until recently as far as we’re aware,” said Lee.

The startup has been working on the car as an extension of a project at Swinburne University in Melbourne. Currently the team at EXV Ventures is in the process of developing the solar sports car for commercial use. Depending on conditions the Immortus has been built on an unlimited range of solar and has a combined battery and solar range of over 550km at an average speed of 85km/h, with a top speed of 150km/h.

In 12 months from closing the seed funding round a prototype of the Immortus is expected to launch with an estimated retail price of somewhere around $370,000. Lee explained the initial model will be a specialised vehicle to showcase this new technology, which will be presented as a high-end custom vehicle for high network individuals.

“It’s a sort of difficult car to produce at this stage but obviously our long term vision is to make it a mainstream car, the only reason, the reasons why we’re aiming at the high net worth market first is because the car will be expensive to produce early on before we can find mass production,” said Lee.

Looking beyond the legalities, however, EVX Ventures are looking closely at Tesla, which has brought to market three electric vehicle models with initial pre-sales of over 400,000 cars. With Tesla being the forerunner in sustainable vehicle solutions, the startup is looking to follow in its footpath and pave the way for the commercialisation of solar powered vehicles.

The Tesla electric models took generations to achieve and be picked up by the mainstream market. Their current model, the Tesla Model 3, is for the mainstream and will be mass produced at an affordable price point. The vehicle will go into production in 2017 with a starting price of US$35,000.

Looking at Tesla, EVX Ventures hope to replicate its strategy by first offering the Immortus as a luxury limited edition before affording it to the mainstream.

While solar cars are still in their early production stage, the future of this technology may soon surpass electric vehicles. As electric vehicles are increasing in popularity in a commercial sense, the technology behind solar powered cars is an independent energy requiring less external energy sources.

Electric vehicles still need to be plugged into a power source to charge and often that main power grid is a dirty, rather than clean and renewable energy source. With solar powered vehicles there are no external plug ins and the whole system, including power and refill costs, steps beyond that of previous electric vehicles.

Currently EVX Ventures are bootstrapping and weighing up their source options of funding, whether that be from private investment or otherwise. The startup is looking to raise $3 million to accelerate its growth and push out its prototype.

In the short term, the next place of interest other than Australia is Silicon Valley.

Lee explained, “California is very supportive of innovation and high tech stuff and to be in that area would probably help us to accelerate the growth of the business a lot quicker, so that’s something we’re considering at the next point of expansion.”