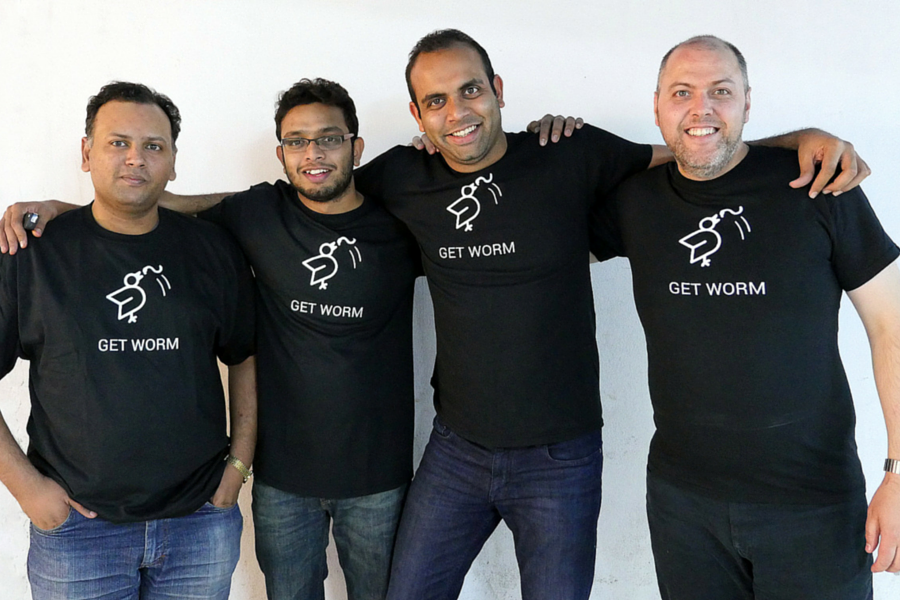 A struggling adoption rate is one of the leading causes of startup failure. Many entrepreneurs spend hours, days and years building up their products and services only to come to a dead end with poor user engagement and low conversion rates.

Startups are growing exponentially around the world, and while many will fail, approximately 40 percent of those founders will dust themselves off and try again. The startup journey is a huge learning curve and there are many resources, mentors and startup hubs an entrepreneur can utilise to gain professional opinions and unique insights.

To connect startups with early adopters from around the world and address the issues of poor user conversion rates is Melbourne online marketplace Get Worm. The platform helps early stage startups overcome the connected challenges of audience growth and survival and aims to build up the startup communities in Melbourne and help them to grow and thrive.

“There are many avenues to promote startups, but not many that credit early adopters, one of the most essential factors behind the success stories,” said cofounder of Get Worm, Sarthak Moghe.

“We would like to see Get Worm become the primary platform to connect startups and early adopters. Any business launching a new product or service can use Get Worm to spread the word.”

Get Worm enables startup businesses to connect with early adopters all over the world so founders can engage with potential customers, obtain early feedback, and use that information to build a better product or service. For early adopters Get Worm exposes them to the latest innovations and brings them into a community of like-minded individuals that share similar interests and wish to invest into the next big thing.

“There’s an early adopter in everyone,” Moghe said. “Whether you get excited by the latest iPhone, movie, or music service, everyone wants to know what’s new and what’s better, before anyone else.”

Get Worm is a medium for people to do just that. It’s a platform that helps early adopters connect with startups early on, helping to solve problems and shape companies to add more value to the users. For startups, this input is an invaluable resource.”

Users can sign up with their email or Twitter accounts and have access to the Get Worm platform for free. Early adopters who sign up to the community also receive rewards from startups for showing them interest in initial projects.

Early adopters select which areas or sectors they are interested in, whether that be social, technology, ecommerce, education and so on. From there a curated list of startups is offered for the user to click through and assess their recent history. A startup’s campaign can also be viewed where early adopters can up vote, follow, share and comment.

Get Worm has built up a community of early adopters so startups can gain access to thousands unique insights and opinions on products before they go to market.

The platform also has an interactive dashboard to help startups monitor their campaigns and engage in conversations with potential users from many demographics and cultures.

Moghe said Get Worm began as an inspiration from the mistakes he made within a previous startup venture. He said he spent a lot of time and effort building a product, but ultimately failed when it came to user adoption. He realised that if he had access to early potential users he would have been able to create a products with them, instead of for them.

As an early adopter himself, Moghe said that although there are many avenues to promote startups, founders need to make more of an effort to credit their early adopters. These adopters are one of the most essential factors behind successful startups, which is why Get Worm gives startups the ability to reward them for their signups and engagement.

Get Worm is currently working out of Melbourne and already has a global reach. While Get Worm has a strong focus on the Melbourne startup community, the platform is also working on establishing partners in other international markets.

With a global target audience the platform has the opportunity to generate crucial information for startups in the early stages, where it is more important to focus on what the customers needs rather than what the entrepreneur wants.

The Australian tech startup sector is expected to contribute $109 billion to the economy by 2033. In Melbourne alone one of the city’s biggest startup communities, Melbourne Silicon Beach, grew from 3,000 to 7,000 community members in just two years, putting the tech startup scene on the path to become globally dominant and nationally disruptive.

Melbourne is home to many startup hubs that provide space, mentorship, funding and intensive training to entreprenuers who wish to transform their ideas into multi million dollar companies. Creative hubs like York Butter Factory are partnering with other global companies to provide startups access to international networks of potential collaborators and clients.

The Government has released five international landing pads in Singapore, San Francisco, Shanghai, Tel Aviv and Berlin to give Australian startups access to larger markets. All these initiatives continue the common saying of think global from day one, where startups need to run before they walk and fail fast.

To further assist startups in accessing global markets, Get Worm continues to build up its global community of early adopters and encourage its startup community to engage with potential customers and take on board all forms of advice.

In May last year Get Worm launched its MVP and has since generated sound interest from the startup community. Earlier this year the platform went through a redesign to offer more connectivity between startups and their early adopters through email notifications on new startup campaigns and the addition of more startups to the site.

Since launch Get Worm has bootstrapped and is now looking for seed funding to help build out its products and open up the platform to more startups and more adopters from around the world.

The platform is working towards exponential growth and to achieve this Moghe said focus will be placed on creative marketing strategies, along with building more features to benefit both the communities of startups and early adopters.

“A balancing act that we are working on is that of matching early adopters with the kinds of products that they are interested in, while at the same time showing users new campaigns from outside their standard sphere.”