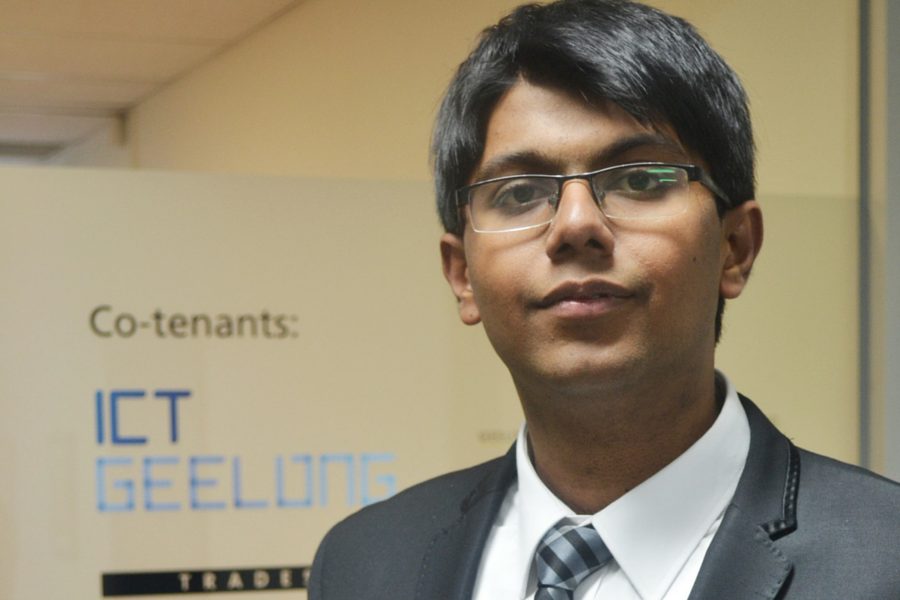 Automation has become a buzzword in the tech space, but for small to medium businesses perhaps not as tech-savvy as startups, taking the time to choose and put in place systems – and then making sure they are all integrated in one – is easier said than done. These sorts of difficulties help illustrate why a survey of British SMB owners from Wordplay found that one in five SMB still rely on pen and paper to run their business.

The impact on business can be severe, with the survey finding that 62 percent of SMB owners can’t identify their top three selling items and 57 percent are unable to highlight their busiest trading day of the month – pretty basic data.

Enterprise Monkey is a Geelong startup that looks to help small to medium enterprises overcome business challenges through the development of customised enterprise systems that easily integrate various processes and systems into one.

The startup was recently selected to take part in a delegation to India led by the Australian Sports Technologies Network, seeking to showcase Victoria’s export capabilities. The trade mission met with decision makers from across the sports industry in Bangalore, Mumbai, and New Delhi, from manufacturers and retailers to those working across sports medicine, fitness and membership management, and sports data management and analysis.

Before looking to take on India’s multi-billion dollar sports market, CEO Aamir Qutub said the startup was born in his brother-in-law’s garage, where he was working with various organisations, from small to medium enterprises and non-profits, on creating websites and mobile apps.

“We were bootstrapping the business and developing small, minimum viable products and testing them out in the market. In some instances we were finding customers first to help us develop new products and features and add them to our suite, so we were basically using the power of customer discovery and customer development to actually fund the development of the whole product,” Qutub explained.

While working with different non-profits Qutub was also working closely with the Australian Sports Technology Network as their digital head, giving him the chance to work with different sports organisations and find a specific niche for the product.

Enterprise Monkey has been working with sporting organisations to develop a variety of features, for example creating an all-in-one system for clubs that manages things from memberships and ticketing to special events, along with their online merchandise store and emailing. Able to be integrated with all this of course are existing accounting, marketing, and customer relationship management systems.

The opportunities in the sports industry are huge, with the global industry generating $250 billion per year and big name leagues and teams alike looking towards new technologies to find new and better ways to work. The MLB’s LA Dodgers, for example, are currently setting up for the second intake of their Dodgers Accelerator program, while the NBA’s Sacramento Kings have hosted a startup pitching contest on the court at halftime.

However, the Indian sports market presents a particularly interesting proposition for a company like Enterprise Monkey, with its sporting landscape, though huge, relatively unorganised when compared to Australia’s, particularly at the grassroots level.

“There are huge opportunities as an Australian in the Indian market. The Australian market is around 24 million people, and we are big on sports and we are big on organised sports, but India’s population is huge, more than 1 billion, but the sports is quite unorganised. Cricket is extremely popular and soccer and some others, so the whole organised sport culture is picking up in India, but it’s still a bit immature, so that’s a great opportunity for us to explore,” Qutub said.

With the trade mission a success Qutub said Enterprise Monkey will be making India – and the sports market more broadly – a focus. However, the company will remain headquartered in Geelong, a city Qutub, also general manager of ICT Geelong, said has helped Enterprise Monkey grow immensely.

“We are proud to be a local product. Geelong is small enough so that you can come to know all people, be a part of the community, and still big enough to make things happen,” he said.

“Being in Geelong as we establish our brand identity, but also that community, people have this community feeling, so people are very happy to help. We have our set of investors and mentors in Geelong in the form of Geelong Angel Investment Network, they have been quite helpful and then organisations like the Geelong Chamber of Commerce. They are amazing in supporting startups.”

As the wider startup ecosystem’s attention focuses on the major cities, organisations in Geelong are currently working on an initiative to turn the city into a hub in order to keep and attract businesses. Called the Silicon Bay Project, the initiative is seeing organisations establish an investment fund and incubator for the city’s startups.

Qutub said, “It’s really amazing, and it’s unlocking the potential for businesses to establish themselves in Geelong.”