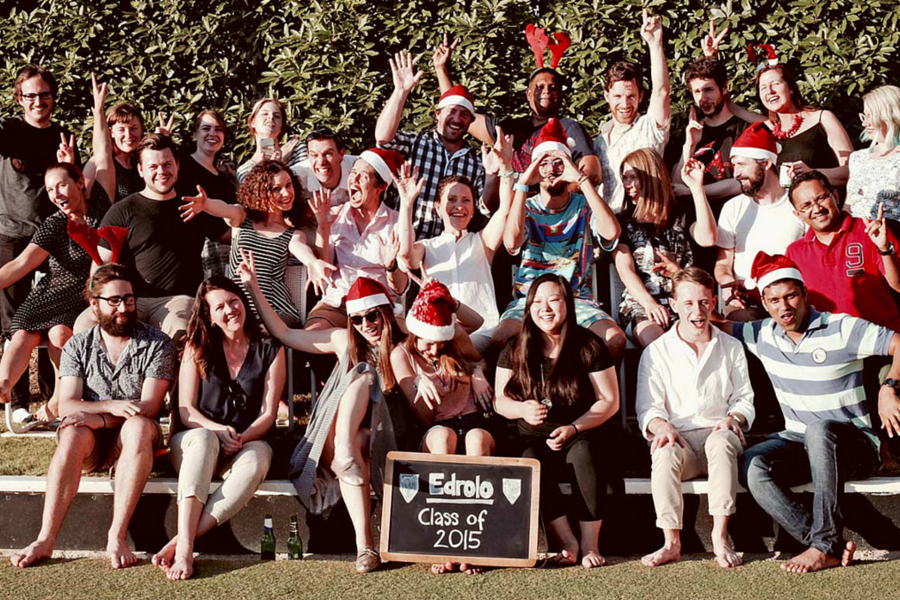 Back in my school days, the height of innovation were the SmartBoards that were installed around year 11. Up til then, we were accustomed to teachers spending ten minutes fumbling with VCRs and overhead projectors. In the first few months of SmartBoard fever, we grew used to warning teachers they were about to write on the wrong, very expensive, board with a whiteboard texta.

In the half a dozen years since I sat my HSC however it seems like teachers and schools have become properly digitally-savvy, with more adopting digital resources and practices. One such resource is Edrolo, created by Australians Jeremy Cox, Ben Sze, and Duncan Anderson.

According to Cox, Edrolo is a digital resource that helps teachers adopt technology in a meaningful way to boost engagement in the classroom. The startup creates online video-based courses that cover a subject at a localised level specific to a particular curriculum; that is, a year 11 student studying Modern History in NSW will be given access to a different course to that of a student in Victoria.

Schools are given access to a complete course, with the use of content in individual classes up to the discretion of the teachers, whether it be a supplement to a textbook or other resource in the classroom or a resource for post-class consolidation or revision.

The startup began creating videos by contacting old teachers; Sze, ex-school captain at a Victorian college, called up a few of his old teachers and “essentially begged them to get involved,” Cox said.

“We put them in front of a camera and just started making video content. At the heart of everything, we’ve always found it’s about partnering with expert teachers and really letting them tell us what makes a great lesson and us helping them turn that into a digital lesson.”

However, Edrolo was originally born as an alternative to private tuition or attending revision lectures, with the startup creating videos for students to buy directly. It then started to work with schools who had gotten in touch to say they had been trying to make their own video and digital resources, so the startup began selling subscriptions to schools.

“There’s been a really strong shift towards adopting technology in schools, and schools have really found that a challenging movement. The main reason being is the availability of great content, so if you think about what textbooks have done, they typically went and took all their content and made it into PDFs and put them online,” Cox explained.

“That’s not necessarily enriching the learning experience, so response of schools was to make their own content, but making their own content is incredibly difficult and time consuming for their teachers who are not experts in making online digital content. So I think that’s where the opportunity sat, was to say, well, schools need curriculum specific resources, they want them to be digital in some format, and that’s what we’ve been able to do for them.”

The first teachers they used have stuck with Edrolo over the years, said Cox, but as it has grown the startup has also brought on teachers with a higher profile, for example textbook authors, teachers particularly well-known within their subject, or those who have presented for organisations such as Teacher Training Australia.

There are a couple of hundred schools now signed up to Edrolo around Victoria and NSW, while the startup is also active in the United States, where it has enlisted one tutor to create a set of SAT preparation courses for students looking to enter college.
However, for now the focus is on expansion in Victoria and NSW before taking on Australia. It’s well-placed to do so: after taking part in Blackbird Ventures’ Startmate program in 2013, Edrolo last year raised $2.6 million in a Series A round led by AirTree Ventures.

As well as geographical expansion, the startup will also be looking to expand its range of resources; creating resources according to year level, the startup began with year 12 and has recently moved down to year 11, with the goal to continue moving down. It also has plans to diversify the range of its resources and how its product is viewed or used in the classroom.

“At the moment our product is really a replacement for study guide level resources, but we have just released our first textbook replacement level resource, so our goal is really to start produce content at a level that a teacher can say, ‘I don’t need this traditional textbook, Edrolo is a better alternative’,” Cox said.

Edrolo is also developing into a useful data platform for teachers, helping them evaluate not only their students but their own teaching too. The startup makes available past exam papers from the Board of Studies in NSW and the VCAA in Victoria to students through the platform, allowing them to take mock exams throughout the year and feed that performance data through to teachers.

Cox said, “Data that the teacher would normally get after the exam, where they get to reflectively look at their class, they actually now get really similar data heading into exams and there’s an obvious benefit there that they still have time to work with the data for their current cohort. Now it’s not just reflective, it is actually a planning tool for teachers.”