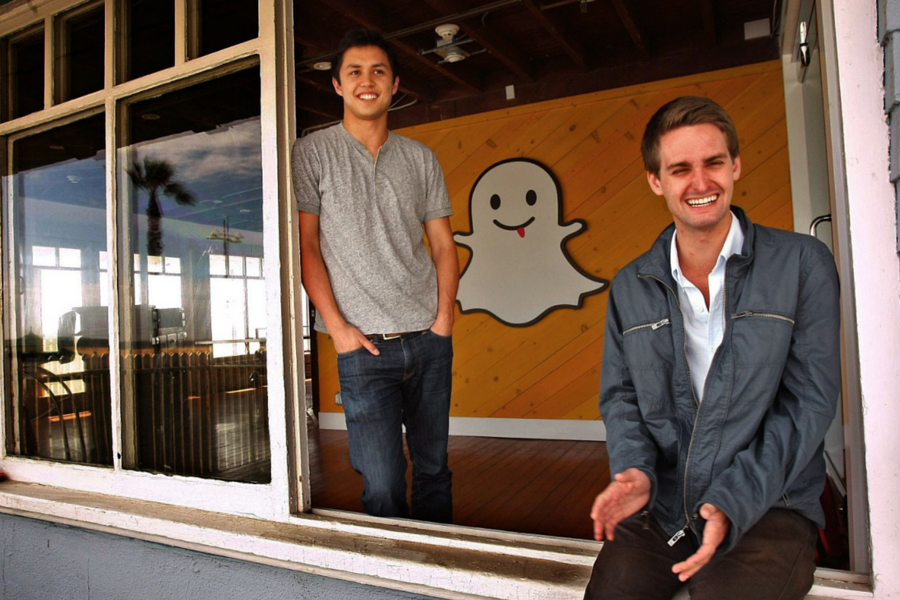 This week has seen Facebook acquire spatial audio technology startup Two Big Ears and eBay acquire Ticketbis to expand its StubHub business, while it was also reported that Snapchat has raised a $1.8 billion Series F round. Closer to home, Telstra announced it participated in US startup vArmour’s $41 million Series D round through its Telstra Ventures arm.

Facebook has acquired spatial audio technology company Two Big Ears for an undisclosed sum. The startup’s Spatial Workstation has been rebranded as the Facebook 360 Spatial Workstation. A statement from Two Big Ears read, “There is so much still to explore. By joining with a company that shares our values and our vision, we will be able to scale our technology even quicker as we continue powering immersive audio experiences.”

eBay has announced it is to acquire international ticket marketplace Ticketbis, which will become part of its StubHub business. Given Ticketbis has a presence in 47 countries, the acquisition means Stubhub will grow its presence across Latin America, Europe, and expand into the Asia Pacific.

TechCrunch reports that Snapchat has raised $1.8 billion, with $1.158 billion of this raised in the last five months alone. Investors in the round include General Atlantic, Sequoia Capital, T. Rowe Price, and Fidelity. There are conflicting reports on the company’s valuation, but it is around $18 billion.

Viptela, a company providing Software-Defined Wide Area Network (WAN) technology, has raised $75 million in a Series C round led by Redline Capital, with participation from new investor Northgate Capital and existing investor Sequoia Capital. It brings the total raised by the startup to date to nearly $110 million, while Tatiana Evtushenkova, director of Redline Capital, has joined the startup’s board of directors. The funding will go towards scaling sales, marketing, tech support, and R&D.

Eero, a startup creating WiFi devices that look to improve coverage by using multiple access points, has raised $50 million in funding led by Menlo Ventures, with participation from Index Ventures and existing investors including First Round Capital and Shasta Ventures. As well as the funding, Eero announced the launch of a retail agreement with Best Buy which will see its devices made available on BestBuy.com and more than 500 bricks and mortar stores.

Telstra has participated in a US$41 million Series D funding round for Silicon Valley startup vArmour, a data centre and cloud security company that has rolled out its system to banks, telcos, government agencies, and retailers around the world. The round, led by Redline Capital with participation from Telstra Ventures and a number of other strategic investors, brings the total raised by the startup to US$83 million. The telco did not disclose the size of its investment.

Money transfer startup Transferwise has raised $26 million in a round led by Baillie Gifford, with participation from existing investors including Andreessen Horowitz, Valar Ventures, and Richard Branson. It brings the total raised by the startup since 2011 to $117 million.

Victorious, a startup that helps people create apps to bring together their fans, has raised $25 million in funding from Marker LLC, Dentsu Ventures, and existing investors including Kleiner Perkins and Redpoint Ventures. The funding, which brings the total raised by the startup to date to $50 million, will go towards international expansion.

Dashlane, which works in online identity management, has raised $22.5 million in a Series C round led by TransUnion, with participation from existing investors including Rho Ventures, FirstMark Capital, and Bessemer Venture Partners. It brings the total raised by the startup to date to $52.5 million.

Email security startup Agari has raised $22 million in a Series D round led by Norwest Venture Partners, with participation from existing investors including Greylock Partners, Alloy Ventures, and Scale Venture Partners. The round brings the total raised by the startup to date to $44.7 million and will go towards further development of the startup’s core platform and accelerating enterprise deployments.

Lightbend, a company backing the Scala programming language, has raised $20 million in a Series C round led by Lightbend, with participation from new investor Blue Cloud Ventures, and existing investors Bain Capital Ventures, Polytech Ecosystem Ventures, and Shasta Ventures. It brings the total raised by the startup to date to $42 million.

Big data startup AutoGrod Systems, which works across the energy industry, has raised $20 million led by Energy Impact Partners and Envision Ventures. The round brings the total raised by the startup to date to just over $40 million, and will go towards expanding the ‘energy internet’ suite of apps built on AutoGrid’s software, as well as expanding sales internationally.

Apixio, a data science startup working in the healthcare space, has raised $19.3 million in a Series D round led by SSM Partners, with participation from First Analysis, Bain Capital Ventures, and Apixio’s largest angel investor. The funding will go towards scaling the startup’s products.

Benlai.com raises $17 million for its Series C round

Chinese grocery delivery startup Benlai.com has raised a further $17 million for its Series C round, after having secured a $100 million commitment in January. ACVJ reports that backers include home appliance maker Joyoung, China Urban Realty Association, and ChinaEquity Group. The round values the startup at between $785 million – $1 billion. The funding will go towards strengthening the startup’s supply chain, improving logistics efficiency, and expanding into other cities.