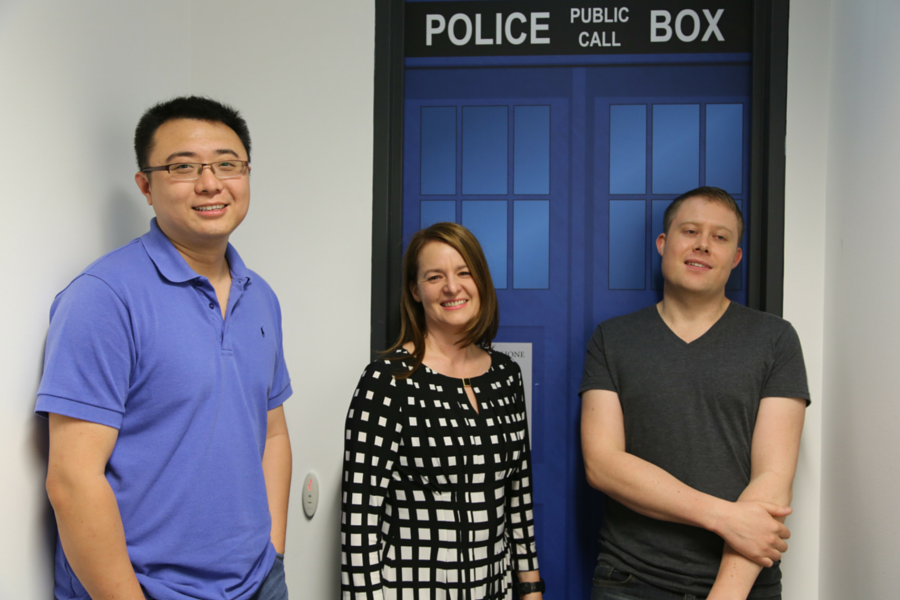 Thanks to apps like Skype and Facetime, online conferencing has been a thing in business for a while now. However, it is only over the last few years that the average internet speed globally has been able to live up to the true potential of the technology. Businesses around the world are now able to operate via video conferencing calls without the worry of pixelated videos and five minute conversations revolving around repetitive questions of ‘can you see me now?’

But the potential goes beyond just conducting business meetings online. With higher definition videos and cloud document sharing abilities, interesting sectors like health have discovered new ways to engage with clients and customers. No longer does the average person need to drag their sick self off their bed and stumble into their GPs waiting room to hang around for hours just for a simple ‘common cold’ diagnosis.

In Australia, telemedicine startups like Doctus and Dr Sicknote remove face-to-face interaction with GPs through e-consultation services. Doctus is building up a network of doctors to perform online medical services like giving consultations and writing prescriptions. Similarly Dr Sicknote allows patients to order prescriptions from their doctors online to take away the burden on Medicare.

Of course telemedicine services like these are only possible with real time video conferencing technology that requires sufficient telecommunications infrastructure, or in other words a better system than Australia’s current NBN scheme.

The Akamai Q4 2015 rankings reported Australia ranked 60th in the world for its internet speed, with South Korea taking out top place and the US ranking 20th.

According to The Hip Pocket, speed is the biggest issue in our NBN plan and for a country that wants (and needs) to become a world leader in innovation the internet and our connection to it should be top of the Government’s agenda.

“People simply didn’t need the speeds that Labor was promising, but it was costing an absolute bomb,” said Pyne.

“You will be able to watch five full-length movies in the same household if you all want to at the same time. Which is a lot of movies. That’s a lot of televisions,” he added, clearly missing the wider application of streaming.

For Netflix watchers and more importantly businesses who rely on fast internet, the Coalition’s version of 25Mbps download speeds will continue to hold us back from the rest of the world and place an even larger gap between cities and regional areas.

While Australia waits for the Government to catch onto this thing called technology and the internet, startups continue to experiment with new ways to conduct business and innovative applications of streaming and online video conferencing.

Direct video connections in Australia can bear new conferencing calls that take a one or two megabytes per video stream, which is quite low and easy on a user’s data cap, seeing as data is more sought after than gold.

Sydney startup Coviu has been been working on WebRTC, which stands for Web Real Time Communications, where real time video conferences can take place in a person’s browser. Users can copy and paste a URL into their personal browser and enter a conference call, moving face-to-face connections between businesses and their clients into the online world.

Coviu, with the help of Data61, has developed a platform from the ground up to target the next technology curve, being video conferencing technology. This form of technology has new opportunities because it works in a user’s browser, making it perfect for sectors like health.

Coviu directly transmits a video stream to a user’s browser, meaning there is no service in-between, no having to login through another application, no sign-ups or so on. The platform is fully encrypted end-to-end so no other users can listen in, making it one of the most secure video conferencing technologies in the world.

Project director of Coviu Dr Silvia Pfeiffer said this form of video streaming has a wide use of applications beyond the simple peer-to-peer video calls. Coviu is looking at the health sector in particular and has created an additional platform called Coviu Health to deliver healthcare services through an online channel.

In health there is a whole practice that works for a patient with doctors, nurses, staff, and receptionists who traditionally all see a patient face-to-face. With Coviu however all conversations can be conducted online. For example a receptionist may want to start the conversation with a patient before they see the doctor and when the doctor is ready Coviu can set up as many virtual rooms to allow for a whole team to consult with a patient at the same time from different places, areas and time zones.

Pfeiffer explained that one URL can be shared with a patient and that patient can continually return to the same URL for repeating sessions, for example if a patient suffers from chronic disease and needs multiple conference sessions they can use the same link time and time again.

“We see that there will be a really big change in the next 18 months around health, there’s a lot of health tech developing, we see a lot of new devices, devices are working with mobile phones, so you get your connections via Bluetooth, you can bring in devices into your calls and actually see your heart rate monitor like in the call, things like that. So that’s where we will really make a difference,” said Pfeiffer.

The service is available to hosts as a pay per users, per month basis, which currently starts from $17. 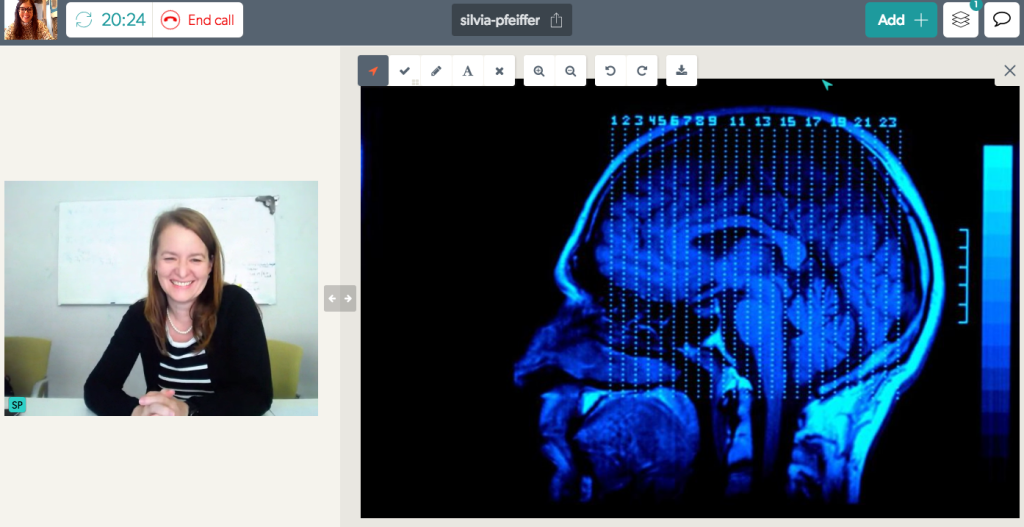 Coviu first started working on developing video streaming technology three years ago, and has had to wait for technology to catch up.

“Three years ago when we started, the technology was really very basic and a lot of the things that we do now weren’t possible yet. In the meantime, there’s been a lot of implementations in browsers, so as you can see, Google Chrome is supporting it really well now, Firefox has caught up with it. We’re still waiting for Microsoft to catch up, although they have an initial implementation, it’s not fully compatible with Chrome and Firefox yet,” Pfeiffer said.

From day one Coviu has been global and from a trial basis the startup has seen 450 people sign up on a free account from around the world.

Pfieffer added that the platform has built all aspects of its conferencing service within its team and under Data61, so unlike other telemedicine or healthtech startups, Coviu doesn’t rely on other services or providers to set up the video conferencing environment.

Additional functionality that Coviu offers includes ease of PDF file sharing, image sharing, screen and camera share and a whiteboard document where hosts and customers can bring text into their conversation.

“It’s not just being a talking heads thing, but we are focusing on all the content around it, and I think that’s our biggest differentiator,” said Pfeiffer.

Coviu is also on track to launch a payment gateway where, through the platform, customers can pay hosts for the services they have provided, so for example a patient can pay their doctor for a medical consultation.

Pfeiffer said, “For us, what we’ve learned by working with the specialist is that they like to have a process in doing things, so as a specialist you can come and you can pre-load a few documents, even before the other person comes in. So you’ve actually got a really nice way of working together.”