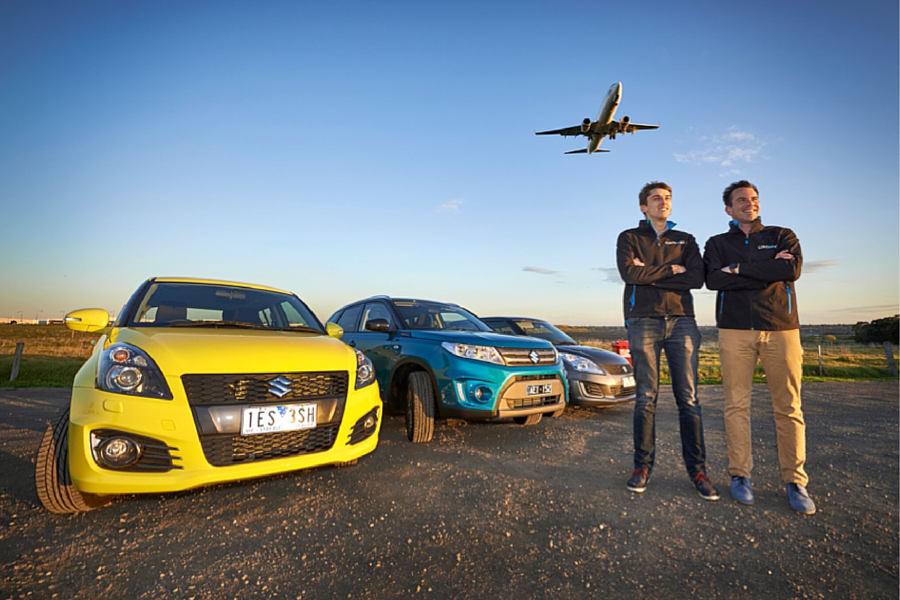 The sharing economy has seen Australian startups like Car Next Door and DriveMyCar emerge to dominate the peer-to-peer marketplace. Barriers to entry in this sector have been significantly lowered through widespread acceptance of the sharing economy, which has led to a greater disruption in the transport industry.

Vehicle sharing enables motorists to make a passive income and simultaneously reduce the number of vehicles on the road, with services like these making it easier for Australians to offset the cost of owning a car by renting it out when not in use.

“The way we travel is changing fast and peer-to-peer carsharing is on the cusp of exponential growth; that’s something I want to be part of,” said Baxter.

With vehicle and ridesharing predicted to grow exponentially, startups must become more competitive and have been forming strategic partnerships and deals with insurance companies and airports to ensure their sustainability.

Parking rates in airports are one of the biggest profit boosters in Australia. In Sydney airport parking fees are ranked as second most expensive in the world, with Melbourne coming in as a close third. Melbourne airport alone makes over $85 million a year in parking fees and some customers are expected to pay $135 for just seven days of parking – that’s a lot of money for a vehicle that’s not in use.

To overcome consumer frustration with high parking fees ridesharing and car rental services are opening up warehouses to store and rent out cars for people who are travelling to and from airports.

Recently DriveMyCar signed a deal with Easy Airport Parking at Melbourne Airport that will see the establishment of a pick up and storage service at the Tullamarine Freeway site. Through the deal, pick up and return services are made available from 7am to 10pm seven days a week.

In February last year another ridesharing and rental service called Carhood decided to enter the market, leveraging unused vehicles. The Melbourne startup decided to offer free parking to customers who are travelling interstate or international. The idea of ‘free’ parking is what makes the startup appealing to motorists who are fed up with excessive airport fees and are interested in making some fast money.

In return for motorists renting out their car Carhood offers them a 25 percent of the rental earnings and pockets 75 percent of the profits. With little overheads Carhood is also able to offer excess reduction and other standard add ons like GPS systems and baby seats.

In the event the car is not rented and is just stored in the warehouse the customer still gets free parking, making it a win-win either way.

Cofounders of Carhood Steve Johnson and Christian Schaefer decided they wanted to offer consumers competitive rates and more security over their vehicles to chip away at the airports parking fee profits.

“There’s 5,000 plus cars at Melbourne Airport parked there every day, just sitting there, not being utilised, just taking up space. So that’s really where we come in, it’s all about utilising those assets,” said Carhood manager Ben Doker.

The Sydney to Melbourne route is one of the most travelled routes in the world and so the fees generated from parking income are enormous. With Carhood, while motorists park for free and rent out their vehicle for a profit, they are also guaranteed $250 for parking more than 30 consecutive days, whether the car is rented out or not.

Johnson said that to date Carhood has saved more than 5,000 members over $200,000 in parking fees and has generated car owners over $50,000 in income for sharing.

So far the startup operates in Melbourne and Brisbane and plans to launch in Sydney before the end of the year.

For motorists using Carhood their vehicles are listed on the website along with their dates and times of travel. On the travel date motorists drop off their car at the Carhood warehouse site, which is a five minute drive from the airport. They are then driven in their car to the airport by Carhood and then their car is either rented out or stored for the duration of their trip. A customer’s car is stored regardless if there is a renter or not.

“One of the benefits for us as well is that we don’t have to pay the airport parking or the airport travelling fees like other operators do because we’re dropping people off in their own cars,” said Doker.

On return customers are given a 1300 number to call Carhood, who picks them up from the airport in their own car where they can then checkout their vehicle and drive home.

From a renter’s perspective the process is similar in that they jump online and enter the dates of when they will need to rent a car. A menu of available vehicles is shown and once an option is selected a time and date for the renter is booked. Renters are picked up from the airport in the vehicle they have rented and checkout and confirm all details from the Carhood warehouse.

One of the largest deterrent for motorists taking advantage of these ridesharing services is vehicle damage. There is always the risk that lending your car to a stranger might result in an unprecedented accident. To ensure renters and borrowers are covered in the case of accidents, Carhood offers full comprehensive insurance and third party insurance on all vehicles.

“What we find though is that, compared to a normal rental company, customers seem to be a lot more careful I would say, and respect the cars because they know it’s a kind of a sharing economy and that it’s somebody else’s car. So we see that they actually treat the cars a lot better than say maybe a typical rental company like Budget or Hertz,” said Doker.

To date Carhood has raised $585, 700 in two rounds of funding and is currently in the process of seeking a further $1.5 to 3 million in investment.

Carhood is looking to expand to all major airports Australia-wide including Perth, Gold Coast and Adelaide. From there Doker said the startup will take their service international.

“We’ve actually got our sights set on Gatwick in the UK, so we’re really keen to expand on a worldwide basis.”