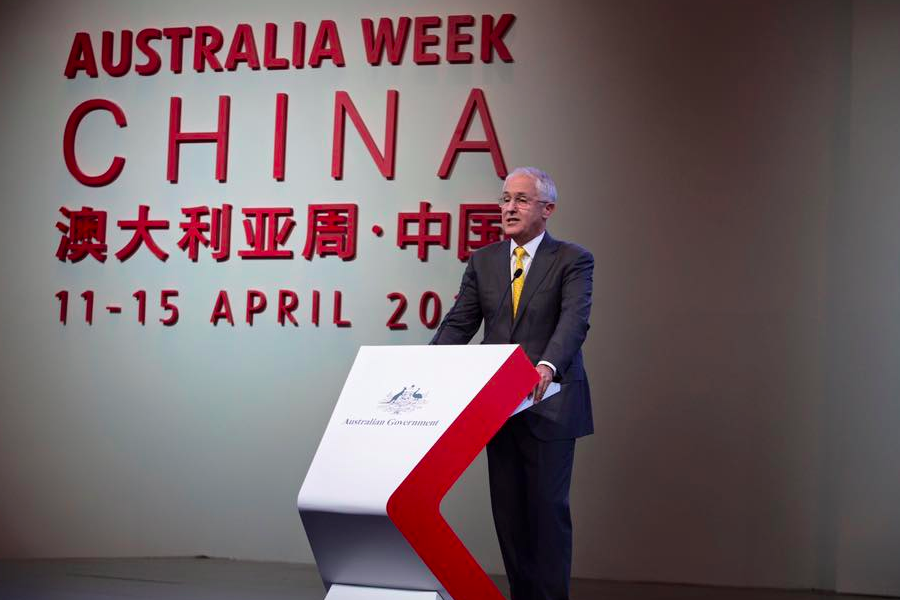 Wrapping up the 2016 edition of Australia Week in China, the University of New South Wales has unveiled a $100 million partnership with the Chinese Ministry of Science and Technology that will see the building of an innovation precinct at the university’s Sydney campus.

Announced by Malcolm Turnbull on his first visit to China as Prime Minister, the partnership is part of the Chinese Torch program, which has created 150 innovation precincts around China since 1988. Bringing businesses, universities, and research organisations together in hubs to drive innovation, these precincts now generate 7 percent of China’s GDP, 10 percent of industrial output, and 16 percent of export value.

An independent report from Deloitte estimated that the UNSW Torch Precinct, the first to be launched outside China, will add over $1 billion to Australia’s GDP in its first 10 years alone.

Heralding the partnership as a global first, Professor Ian Jacobs, president and vice-chancellor of UNSW, said the partnership has the potential to reset the Australia-China bilateral relationship and boost the nation’s innovation system.

“The Torch partnership is an important milestone in the further development of Sydney as Australia’s global innovation city, and in ensuring that university research generates even greater economic impact and social progress. This is an example of UNSW proactively taking the initiative to put some real momentum behind Australia’s National Innovation and Science Agenda,” he said.

“This is about future proofing our national competitiveness by strategically positioning Australia as China becomes the world’s largest investor in R&D and the 21st century’s science and technology superpower,” Jacobs said.

An initial investment of $30 million has been secured by eight Chinese companies to support Australian research in advanced materials, biotechnology, energy, and environmental engineering. This first group of partners will set up incubator spaces on UNSW’s Kensington campus and, with investment expected to grow to $100 million, a purpose-built innovation precinct will be built by 2025.

The first group of UNSW Torch industry partners will initially set up incubator spaces on the Kensington campus in close proximity to researchers and a growing community of student entrepreneurs. Investment is expected to build to $100 million, enabling the construction of a new purpose-built, globally connected UNSW innovation precinct by 2025.

“UNSW has a strong track record of working with industry. Partnerships and collaboration are at the core of the University’s philosophy and govern our approach to creating and disseminating knowledge. The Torch initiative will deliver a truly global platform to build on these strong foundations,” Professor Jacobs said.

Laurie Pearcey, UNSW’s International Executive Director and former chief of the Australia China Business Council, said that with the OECD forecasting China to overtake the US as the world’s largest investor in R&D by 2019, Australia must be strategically positioned to take advantage.

Pearcey said, “As mining investment contracts and commodity prices cool, Australia has an opportunity to leverage its world-class universities, the tens of thousands of Chinese students studying here and our strong links to Asia to meet the challenges of the ideas boom.”

“[Shanghai] has a vibrant technology investor and venture capital community and the landing pad here – that we will establish here – will give Australian innovators and Australian technology companies the chance to tap into the global ecosystem – those strategic partnerships, investment capital and advisory support networks,” he said.

“This is a global business. All of these opportunities are global and it’s vital that Australian businesses are able to tap into that. They’ll work together, they’ll inspire each other, they’ll generate new ideas, new products, new services and deepen the already deep relationship between Australia and China in trade, in commerce, in innovation and science.”