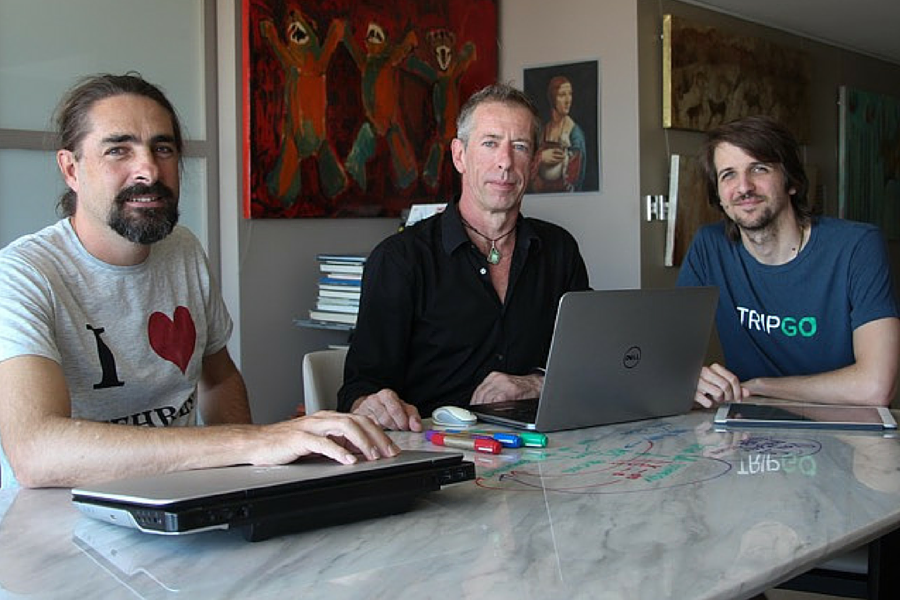 Australians are accustomed to paying for things like phone and internet services in bundled packages, with telecos bringing together services like SMS and data into neat subscription-based packages. This payment and service model has proven to be highly successful for the telco industry, which interestingly enough has yet to be replicated throughout other industries such as transport, for instance.

The transport industry in Australia still works off a pay as you go model, charging customers separately for each travel transaction whether that be public, private or commercial. Recently Sydney has tried with its Opal card to move its public transport payment system into a more seamless transaction service with a tap-on, tap-off method, and soon customers will be able to also use their credit card to make these transactions.

However each travel option still has its own method of payment, with taxis working off card and cash, trains and buses off Opal cards, Uber using online transactions and parking meters still having those age old tickets. What if there was a way that all these transactions could, like our phone payments, be bundled?

This is the question Australian startup SkedGo is trying to answer and the problem it wants to solve. It wants to spare travellers the hassle of switching between different methods of payment to make the whole travel process seamless. Founded in Sydney in 2011, SkedGo wants to take out inefficiencies from the modern transport landscape and make schedules, trip routes, and payments easier everyone.

From SkedGo the transport app TripGo was born, which allows customers to find ways of transport between door-to-door. Now the app has users over 200 cities worldwide. Unlike more mainstream and commercial transport mapping services like Google Maps, TripGo offers different modes of public transport, mixing them up to give the best route possible to the user.

While offering customers trips bundled with different modes of transport SkedGo thought there also needs to be a way to bundle together payments. As a part of a development of a new app that bundles payments while still offering travellers unique experiences, SkedGo entered into the Rio Olympics Transport Challenge. In the challenge the team at SkedGo showcased a new app called RioGo to serve the transport needs of half a million visitors who will descend on Rio de Janeiro in Brazil for the 31st Summer Olympics

RioGo won the challenge in the ‘Experience the Olympics’ category where judges were impressed by its use of multi-modal routing and user friendly application. RioGo customises public and private transport methods along with user preferences.

“With RioGo we’ve faced the very interesting opportunity to go beyond trip planning and focus on the motivation behind those trips: experiencing the Olympics and getting to know the sights of Rio de Janeiro. This flips around the User Experience. The focus is on what the user wants to do, and we help them with how they get around the city, so that they can make the most of their time in Rio,” explained Adrian Schoenig, cofounder of SkedGo.

RioGo generates a travel route and schedule based on the user’s destination input. NFC (Near Field Communication) technology recognises where the user is on their journey in terms of what transport they are taking by picking up signal from turnstiles at train stations or buses or so on. Users who create an account will automatically pay for their travel and approve each route through their smartphone.

For example when a user steps into a taxi, the GPS coordinates of the taxi will be tracked by the app and communicate the journey using NFC technology so all payments are seamless.

Currently SkedGo is working on a pay as you go model charging each transport service to a user’s credit card or Paypal account. The future vision for the payment model is to have a subscription service where users will sign up to a $50 monthly plan, which will include for example access to all public transport in the city of Sydney and with that users will get X amount of parking for free.

While the TripGo app is payment booking ready, the RioGo app is not offering this service, as the community of Brazil are not yet up to scratch with electronic service bookings.

Another startup that is working on creating a better customer experience for private and public transport travellers is Embark. Cocreator of Embark Jamie Skella discovered that customers want more types of entertainment and promotional offers along their daily commute.

Similar to RioGo, Embark offers route planning options over a range of transport services including bus, train, tram and ferries. However outside of those utilities Embark has also created an inbuilt daily news feed for travellers and a bluetooth connection to advertisements they pass on their daily commute.

It seems that transport apps are moving far away from the stock-standard basic route service to encompass a wide range of travel, entertainment and payment options. Both Embark and RioGo have global mindsets and it will be interesting to see how the rest of the world catches on to these new travel applications.

In terms of SkedGo’s model, cofounder Claus von Hessberg believes that Europe is ready to become part of the transport revolution, while countries like Australia and the US are a little behind on the subscription model.

SkedGo has created a joint venture in Finland where it is working on creating transport marketplaces and mobility as a service. von Hessberg said, “The Finnish transport landscape seems to be the most digitally ready for us. They seem to be way ahead of the world.”

The startup is currently creating white label solutions for US and Canada.

von Hessberg said, “There are lots of cities that want these transport marketplaces and want to provide these services. We’re pioneering here and dismantling barriers. We are creating connections between services that have never been connected before.”