Slack has raised a further US$200 million in funding giving it a US$3.8 billion valuation 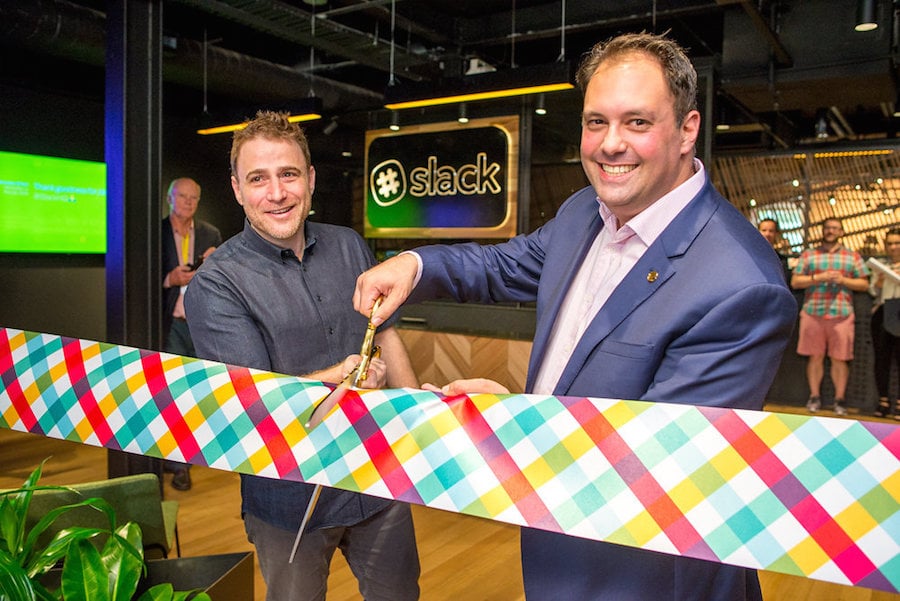 This evening Slack confirmed with Venture Beat that it had raised $200 million in funding at a post-money valuation of $3.8 billion. The round led by Thrive Capital, also saw Comcast Ventures, Accel Partners, GGV, Index Ventures, Social Capital and Spark Growth as well as a handful of others participate in the round.

To date Slack has now raised $540 million in funding.

Officially launched in early 2014, Slack has had a fairly incredible rise over the last two years. The startup, which is headquartered in San Francisco and has offices in New York, Vancouver, and Dublin. The team messaging platform now boasting over 2.3 million active daily users, also officially launched in Australia this week, opening its new Asia Pacific headquarters in Melbourne. The new office, in the heritage Carlton Brewery site, will be home to 70 staff.

The messaging platform is now used by the likes of NASA, global companies including Buzzfeed, Airbnb, and Samsung, and local players such as the AFL, Seek, and RedBubble.

Cofounders of Slack Stewart Butterfield and Cal Hendersen are currently in Sydney with members of their senior management team completing a series of media and launch activities.

Even at an intimate media lunch with the Slack team today in Sydney the founders remained tight lipped about any potential funding announcements being made.

Slack is a competitor of Atlassian’s HipChat product.