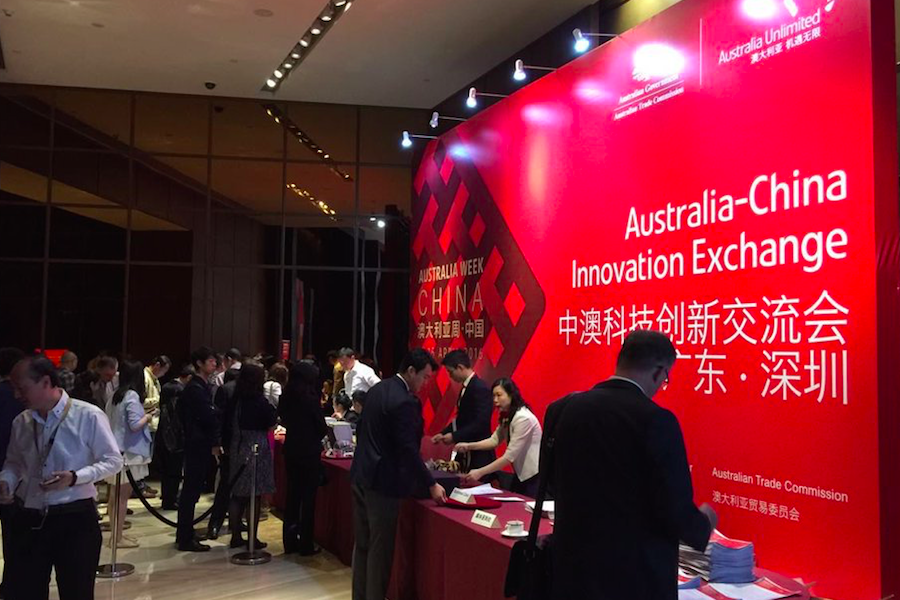 To be held across 10 cities including Hong Kong, Beijing, Shenzhen, and Guangzhou before all delegates congregate in Shanghai, the week will facilitate discussions on eight business streams, including agribusiness, financial services, tourism, and urban sustainability and water management.

Minister for Trade and Investment Steven Ciobo said this year’s program has a strong focus on innovation across all industry streams, “reflecting synergies between the government’s National Innovation and Science Agenda and China’s greater focus on this field.”

Ciobo said the 2014 delegation, which focused largely on opportunities for corporates, generated around $1 billion in export sales and $3 billion in investment.

“We expect AWIC 2016 to generate similar outcomes and be the catalyst for significant export sales, as well as investment into Australia, further driving jobs and growth,” he said.

The opportunities in China are indeed huge, with delegates attending yesterday’s keynote on Innovation reminded that a small niche in China can be larger than an entire industry in another country.

Those following the Innovation stream will visit Shenzhen, Beijing, and Shanghai, each cities with strong cultures of innovation. The city of Shenzhen, home to companies including Tencent and Huawei, has pledged to invest 4.25 percent of its GDP into research and development over the next five years, while an estimated 49 tech startups were launched every day in Beijing alone in 2014. Shanghai, meanwhile, is home to almost 400 R&D centres, investing around US$13 billion in R&D annually.

Among the fireside chats, roundtables, and site visits taking place, other startup-focused events include a Stone and Chalk pitch night, where the Sydney fintech hub’s delegation will hear from China’s leading fintech startups.

As well as cash prizes, winners of the event will be invited to participate in Stone and Chalk’s Fintech Connect Asia Incubation Exchange, a 12 week program inviting Chinese companies to Sydney.

The delegation follows February’s announcement that the Government will be establishing a landing pad in Shanghai for Australian entrepreneurs.

Making the announcement, Treasurer Scott Morrison highlighted China’s 618 million internet users and 300 million ecommerce shoppers and said, “China’s rapid economic growth and increasing centrality to the global economy mean its markets represent an exceptional opportunity for Australian entrepreneurs aiming for global scale and impact, particularly as our services-oriented economy is stepping up to the wicket.”

The delegation also comes as a new fund looking to help Australian startups crack the Chinese market launches. To focus on the logistics, health, cleantech, education, and agriculture sectors, the AFR reports that Mai Capital’s $20 million Dragon Egg fund will focus on early stage funding up to Series B round.

Prime Minister Malcolm Turnbull will be joining the AWIC delegation later this week, looking to strengthen Australia’s links with China in the areas of innovation, science, and technology.