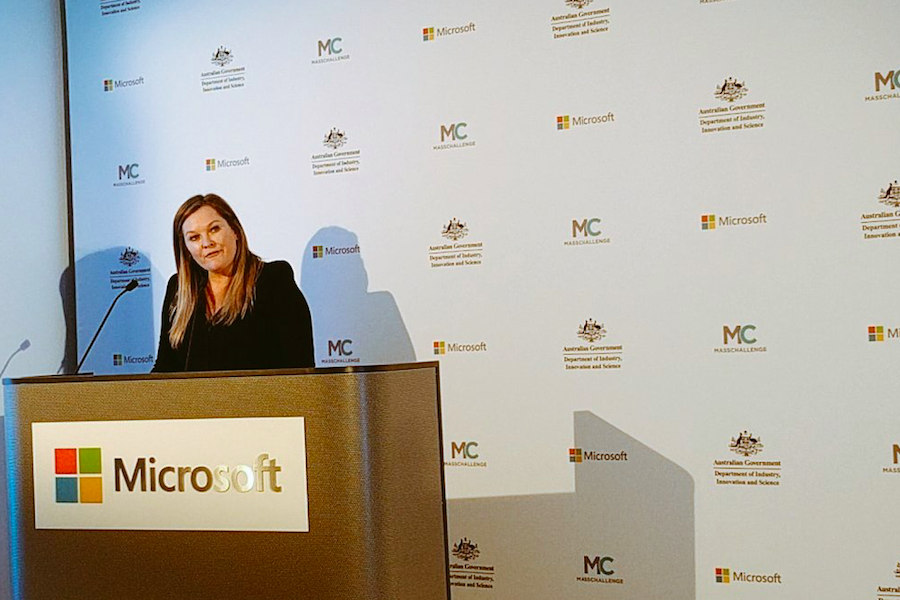 Microsoft Australia and the Federal Government have today announced a partnership with Boston-based accelerator MassChallenge that will see the organisation’s international bridge program run in Australia this year, with the launch of a full program to come in 2017.

A typical bridge program includes a national startup competition in the partner region, a startup boot camp, ecosystem leader training, and ecosystem analysis and mapping. Having made a pledge with the Clinton Global Initiative in 2014 to take its program to 10 global cities by 2020, MassChallenge has run bridge programs in countries including Colombia, France, and Spain.

Founded in 2010, MassChallenge also operates full accelerator programs in Israel, the UK, Switzerland, and Mexico. Over 835 startups have graduated from its programs over the last six years, raising $1.1 billion in funding and generating over $520 million in revenue.

The non-profit accelerator, which does not take equity from participants and thus calls itself one of the most startup-friendly accelerators in the world, sees startups pitch to take a share of up to US$3 million in funding at the end of each four month program.

Announcing the partnership at the Microsoft Innovation Centre in Adelaide today, Minister for Industry, Innovation and Science, Christopher Pyne said, “That is the kind of opportunity we want to create for startups here in Australia whilst also helping upskill the Australia innovation ecosystem.

The government will be providing $280,000 in funding to bring the accelerator down under.

Kara Shurmantine, senior director of global partnerships at MassChallenge, said the organisation is excited to support the highest-impact entrepreneurs in Australia.

“This allows us to gain a valuable connection to the thriving startup scene in Australia and we’re looking forward to working with key players here to exchange best practices and help the ecosystem to flourish,” she said.

With Microsoft a long-time global partner of MassChallenge, the arrival of the accelerator in Australia comes after Microsoft brought an Australian delegation of politicians, academics, and entrepreneurs to Boston to glean ideas and insights on the city’s startup ecosystem. The group spent an evening at MassChallenge as part of the tour.

Belinda Dennett of Microsoft Australia said, “What started out as an idea to shine the light on Boston as an example of a thriving innovation ecosystem has ended up shining a light on what is happening in Australia and putting Microsoft in a great position to be part of, and help drive, some really exciting changes.”