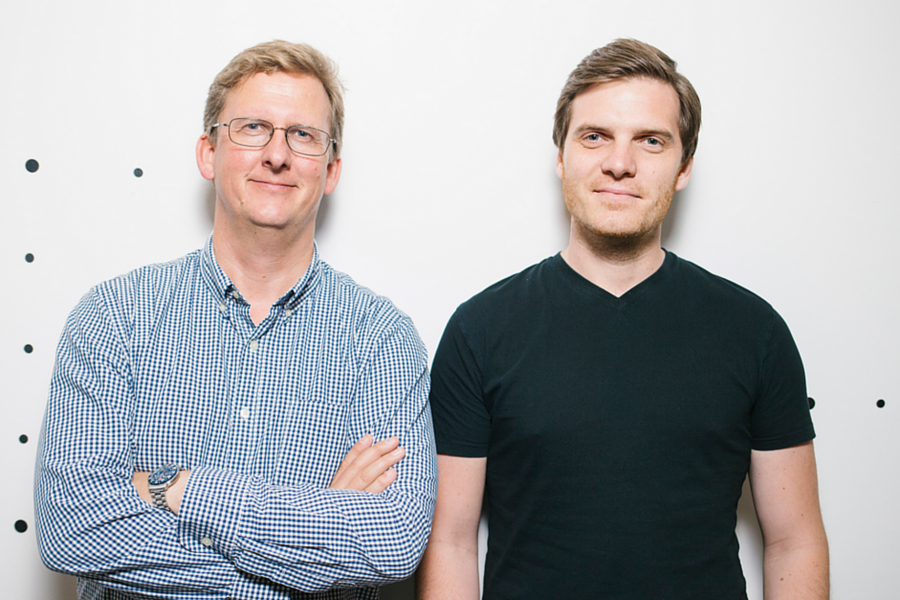 Transport apps are some of the highest downloaded apps globally, helping not only tourists get around cities but daily commuters too. While the functionality of apps like Citymapper, TripGo, and Moovit are far richer than the stock standard government apps or even Google Maps, Australian startup Contact Light believes they can go beyond just listing train timetables and helping commuters plan journeys.

Jamie Skella, cofounder of Contact Light, says national surveys have proven that some of the most popular apps in Australia are transport apps. In Sydney one of the most downloaded apps is TripView, in Brisbane it’s Translink and in Melbourne it’s PTV (Public Transport Victoria).

A part of Skella’s market research was establishing what applications beyond transit utilities that market wants. He discovered that there were two obvious themes, one for geographically-based promotions along the daily commute and the other regarding offers of entertainment and media consumption.

From this market research Skella and his cofounder Mike Boyd created a new transit planning app called Embark. In regards to travel guides, Embark provides users with a set of route options through the combining of public transport and walking directions. The app however also takes into consideration other options and filters to add upon the traveller’s experience, for example, which route burns the most calories or what path emits less CO2 emissions. 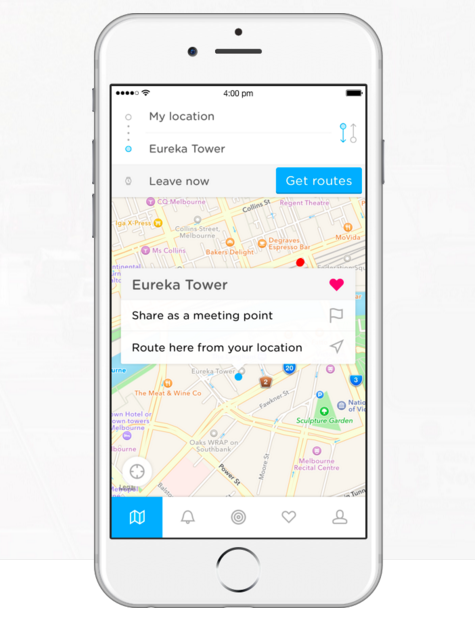 Similar to TripView, Embark also has a route planning option and shows users the time of the next transport arrival, whether that be a bus, train, ferry or tram. However outside of those utilities, which are the stock standard of transport apps, Embark also offers travellers a source of entertainment and product engagement.

Skella explained the app has an inbuilt news feed, which acts as a daily digest. At peak hours, so from 7am to 4pm every day, the user is given a daily digest for their commute to and from work. This daily digest is based on categories that the app has defined over time. A rich profile of content pieces and articles are collated depending on what the user has liked and disliked. This entertainment feature pulls content from around the world from newspapers, tabloids and online content providers.

However, what sets Embark apart from the rest is its technological interaction with products and advertising. Embark’s technology allows any user to engage with moving and interactive screens (XTD’s) at train stations, bus shelters and shopping centres. However in the past there have been issues with using connectivity systems like QR codes as people need to be standing in close proximity to the other technology source to be able to connect.

Skella explained, “The issues with these technologies in relation to engaging with advertising and other out of home offers is that if you have a massive screen across the tracks at a train station, trying to scan a QR code of tap that screen with NFC is potentially life threatening because there’s a bunch of tracks and trains in the way.”

With this in mind, Embark had to think of new ways to create a pattern of interaction between mobile devices and screens, one that’s a lot safer and would be applicable to any kind of screen.

Skella explained the technology Embark patented works with bluetooth and links the user with additional information and media found beyond the advertising screen.

“If you’re in front of one screen, and lets say for example there’s a jacket being advertised, you can flip open Embark and just by being on that screen you’ll see content related to what’s related to that screen. So you can buy the jacket now or perhaps like it for later,” said Skella.

Liking a product for later stores information about that product in the app, which can be later accessed or automatically sent as a push notification. For example if a particular jacket has been stored in the phone, walking past a store that sells the item would activate the app to send a push notification and alert the user on the latest in-store offers.

“In regards to what sort of interactions are made possible with this technology, the sky’s the limit, really. We’ve got the jacket example, but we’ve also got other examples such as being able to extend conversations from short form content to long form content such as, you see a trailer for a television show at a train station and there’s a prompt on the screen to open up Embark and download the pilot,” said Skella.

From interacting with products or services the Embark app also prompts the users to give a rating or review, so after clicking a link for a movie trailer, for example, the user can then rate that movie and, based on their level of interaction, Skella believes movie and season passes could potentially be offered as a reward.

The applications for the app are all based on travelling and interacting online with what you see in the real world. In terms of non-ad based content Skella and his team are looking to incorporate surveying and polling – so if the user is standing at the station there might be a poll up on the screen and by opening the Embark app the user is able to vote in real time. This could be used to push people’s interaction with nationwide surveys to essentially fill in time on their daily commute.

The app will be offered to commuters free of charge and will work off an ad-based model. Embark will connect brands and companies with users and help facilitate interaction with products and services.

Currently Embark is looking at the entire XTD portfolio. The portfolio has a large number of major brands advertising on these screens, including big players like McDonald’s.

Embark is already considering global expansion and believes the application can be translated across international borders. In Australia Embark is already supporting various screens for interaction; it has started in Brisbane and will be making its way to Melbourne and Sydney after launch in late April.

Skella wants to assess the unique functions commuters engage with in their home environment and to do so there needs to be an extended relationship with advertisers and screen operators in Australia and abroad.

He said, “We’re currently talking to various bodies throughout Asia and India as well as switching on Embark with various networks of out of home advertising screens.”