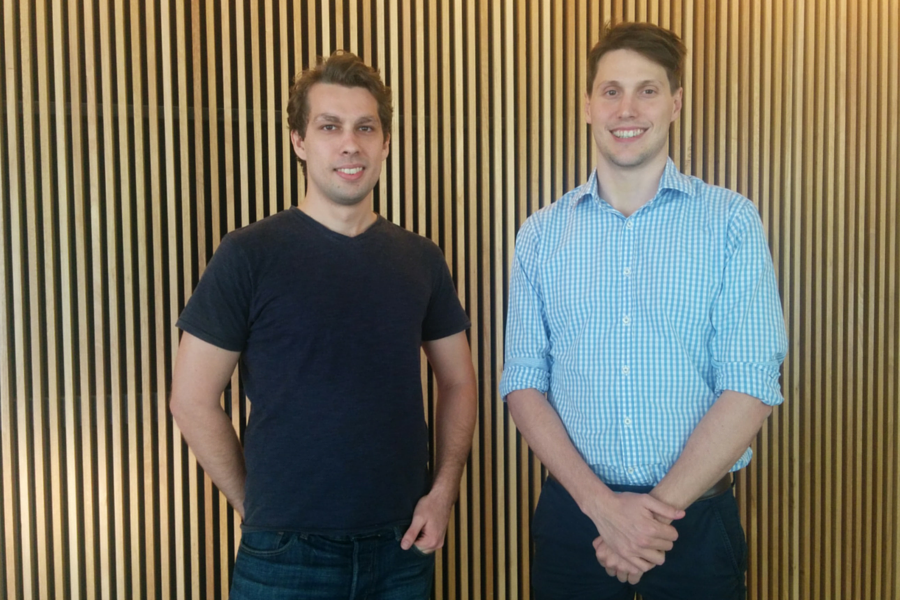 Like skyrocketing property prices, the cost of childcare for working families is a common topic of conversation at dinner parties around Australia. As our childcare centres struggle to fulfil demand, prices keep getting higher, leaving some parents to question whether they are even earning more each day than they pay in fees.

Cofounded by CEO Pete Klestov and CTO Louis Stowasser, Caresquare is a Brisbane startup looking to make childcare more affordable for families by bringing the concept of the sharing economy to childcare.

Essentially, the platform looks to reduce costs by allowing families to share the cost of a nanny. It helps families to find and hire nannies of their own but, most importantly, for those who are happy to share, connects and matches them with other families and helps them find a nanny, then manages the share arrangement and the division of payments between families.

“My girlfriend, who is a nanny, explained to me that sharing a nanny ­is a concept quite popular in the UK and in parts of Sydney. Immediately after I ran the numbers I found that families, even just doing a share on their own, without Caresquare, could get childcare for around $60/day,” Klestov said.

Klestov said he was curious as to why the idea of sharing a nanny wasn’t more mainstream, before realising just how tricky the organising of an arrangement can be.

“Families often have had to share with friends or rely on word of mouth to arrange a share. Families must then find a nanny and after all that, they are expected to manage the payments and administration of the share themselves. Busy families often find there is too much effort despite the many benefits,” he said.

Klestov said the real motivation to do something with the idea came when he noticed that the problems facing parents looking for childcare had become a regular dinner party conversation.

“If it wasn’t the rising costs, it was the difficulty of finding a childcare vacancy where waiting lists can be years long. Prices are on average around $100 per day in the capital cities, although in some parts of Sydney, prices can be closer to $150. As much as families wish they had a nanny, the average cost of around $200 an hour a is simply unaffordable,” he said.

The platform works by having families sign up and enter their information. It then matches families according to distance, the type of care they need, such as long daycare or afterschool care, which days they need care, whether or not the children are vaccinated, and so on. Matches are given a suitability score, and families can choose to learn more or leave them.

Families can then use the platform’s Find a Nanny service, which gives them access to a database of verified nannies. These nannies have undergone background checks, and must create a minimum 15 second video to put up on their profile to help give families a better idea of what they’re like before they choose to get in contact with them.

One a nanny is chosen, Caresquare helps arrange the division of time and payment.

“Without having a management service, a family would actually have a ton to organise, and they would have to do it daily. It is not just about splitting the daily cost of the nanny, as there are numerous circumstances in which that may not apply. What if a family has more than one child? What if a family picks their child up early? Or arrives late from work? Should the host be compensated for the use of their home?” Klestov said.

“Even then, if families want to do it themselves, they would have to consider the nanny’s wages and insurance. If the nanny is employed with the family, they also have to factor in tax and superannuation as well. For a busy family, it is simply too much to think about. To us, a management system which takes care of all the administration and calculates and deducts payments is a really great service.”

Caresquare’s service helps nannies track their time to create the most equitable split of costs depending on how the share has been used on each day. Payments are taken by Caresquare days ahead so that no family is in the lurch if the other doesn’t arrive.

Families that hire a nanny through Caresquare’s share management system will have their nanny employed directly by Caresquare, with Klestov explaining the startup made a conscious effort to avoid the independent contractor/employee debate that plagues the startup landscape.

“While there are additional costs, we feel that the long term, continuous nature of our service means that these costs are not as prohibitive as what other on­demand services would face,” he said.

Caresquare pays nannies around $28 an hour. Depending on share arrangements, families can pay nannies as little at $60 for an eight hour day.

The platform has its own costs: access to the find a nanny database costs $99, while the family matching service costs $19, which allows families to chat and match for up to three months. Caresquare also charges a fee of between two to eight percent for its management service, depending on the number of children in care.

Launched a few weeks ago after a year in development, Klestov said there are already 150 families on the platform across Brisbane, Sydney, and Melbourne. He is confident that there is a small niche in the sizeable childcare industry for Caresquare, and in fact believes that Caresquare can help alleviate the pressure facing childcare centres.

“There are many families simply stuck without an option as they are waiting years on waiting lists,” he said.

Caresquare will be focusing on families with parents in shiftwork, feeling that they are most in need of a flexible childcare service. The startup has been in touch with hospitals, airlines, and emergency services to promote Caresquare to staff.

Having self-funded the development of Caresquare thus far, Klestov said he and Stowasser will look towards raising capital later this year to scale up the platform’s features.