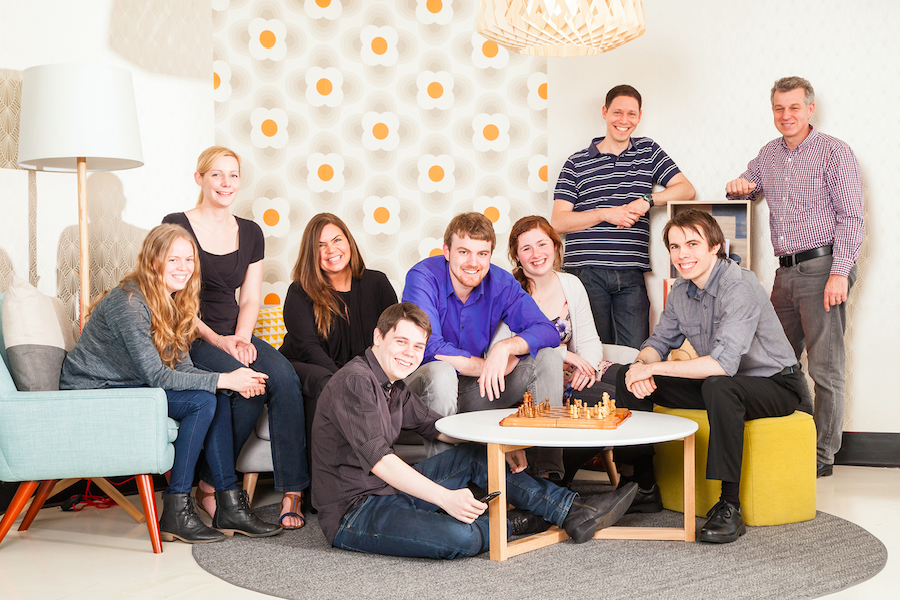 This week has seen Alibaba affiliate Ant Financial raise the largest round an internet company has ever seen, US$4.5 billion at a valuation of $60 billion. Meanwhile, Rocket Internet’s Global Fashion Group has raised US$340 million and Vivint has raised US$100 million. Closer to home, REA Group is to acquire Flatmates.com.au, Rate My Agent has raised $5 million, and Haystack has raised $1.1 million in a seed round.

Digital real estate advertising company REA Group, which is majority owned by News Corp and operates Realestate.com.au, has announced it will acquire Flatmates.com.au for $25 million in a bid to expand its offering into shared accommodation and go global. The acquisition will be funded from cash reserves, with the potential for additional earn out payments across the next two years dependent on the financial performance of Flatmates.

Nokia has acquired Withings, a French company producing health gadgets, for $192 million. With the deal expected to close later this year, Withings will become a part of Nokia Technologies.

Indian company Pocket Games, which offers video game development and testing services, is to acquire Kicksend Holdings, which provides photo printing and sharing solutions to users through mobile and desktop apps. It had raised funding $2.8 million in funding from investors including Y Combinator and True Ventures.

TripAdvisor has acquired UK startup HouseTrip for an undisclosed amount. HouseTrip, which competed with the likes of Airbnb, will join TripAdvisor’s vacation rentals group.

Brisbane startup Haystack, which allows users to create and exchange digital business cards, has raised $1.1 million in a seed funding round led by David Tucker of Event Zero. With Haystack having opened an office in Tel Aviv last year, the next step will be opening a space in Silicon Valley.

Melbourne real estate agent review platform RateMyAgent has secured $5 million in funding at a $20 million valuation, which will be used to consolidate the startup’s position in the market and expand internationally. The funding round was led by Catch of the Day’s Gabby Leibovich and the Smorgon family. It comes as the second round of funding for the startup, with RateMyAgent raising $1 million in 2014 from Kidder Williams to take the product off the ground.

Perth startup Nuheara has raised over $500,000 on Indiegogo as it looks to bring its first product to market in time for the holiday season later this year. It comes after the startup became the first wearables company to list on the ASX in March, raising $3.5 million in a public offering that was oversubscribed and closed early.

Australian AdTech startup Unlockd has closed a $15 million Series A round from global business icons ahead of launch into the UK. The company’s second major strategic expansion, the UK launch will mean the company’s technology is now available to more than 20 million customers across the US and UK. The Series A funding has come from investors including Jedd Emmanuel from PLC Ventures, Peter Gammell, non-exec at Seven West Media, and Sam Mostyn, board member of Virgin Australia and Citibank. The startup has also received investment from Radek Sali, CEO of Swisse Wellness, and Greg Roebuck, CEO of carsales.com.au.

Californian insurance startup Trov has today announced the closing of a US$25.5 million Series C round led by Oak HC/FT, with participation from Australia’s Suncorp Group, Guidewire, and Anthemis Group, as well as the launch of its new on-demand insurance app into Australia next month.

Silicon Valley group payments startup Tilt has launched in Australia following a US$67 million raise from Facebook’s founding president Sean Parker and VC firm Andreessen Horowitz. After growth in the US, Canada, UK and France, Tilt has now launched out of beta and is available to all Australian users.

Rocket Internet’s Global Fashion Group, an online business focused on emerging markets, has raised “at least” $340 million, with Rocket Internet itself putting in a third of this figure at a valuation of $1.1 billion, with participation from existing investors including Access Industries. This valuation is significantly lower than it was last year, at $3.45 billion.

Vivint, a company working in the smart home space, has raised $100 million in a round led by Peter Thiel and Solamere Capital. It will go towards product development and helping the company grow to a position of leadership in the smart home market.

Biopharmaceutical company FLX Bio has raised $50 million in a Series B round from investors including The Column Group, Topspin Partners, and Kleiner Perkins Caufield & Byers. The funding will go towards further product development and clinical trials.

Mobile payments startup Remitly has raised $38.5 million in a Series C round led by Stripes Group, with participation from Vulcan Capital and existing investors including Bezos Expedition and Trilogy Equity Partners. Ron Shah, partner at Stripes Group, will join the startup’s board of directors. The funding will go towards expanding the startup’s team, and its footprint globally.

Massachusetts 3D printing startup Desktop Metal has raised $33.76 million in funding, bringing the total raised to date to $47 million. The funding will go towards furthering its goal of creating a desktop 3D printer that is able to print with metals.

SkyTran raises $30 million Series B round

SkyTran, a company developing an elevated high-speed rapid transit system for people and cargo, has attained a bridge loan tied to a $30 million Series B round. The deal was negotiated and managed by Hong Kong’s Verita Merchant Bank, with backing from Innovation Endeavours.

Health and hygiene company RayVio Corp has raised $26 million in a funding round led by IPV Capital and Tsing Capital. With the company’s ultraviolet LED technology allowing for point of use water disinfection, RayVio stated the funding will go towards scaling production in order to meet global demand for protection against germs in water and environments.

Odyssey raises $25 million Series B round

Social content platform Odyssey has raised $25 million in a Series B round led by Jason Epstein, managing partner of Columbus Nova, and Michael Lazerow. Both have joined the startup’s board of directors. The round brings the total raised by the startup to date to $32 million and will go towards further scaling its platform, which Odyssey said has attracted more than 10 million new users so far in 2016.

Chinese startup Zero Zero Robotics has raised $25 million in a funding round that included a $23 million Series A from investors including IDG, GSR Ventures, and ZhenFund. The company has just unveiled its first product Hover Camera, an autonomous flying camera for consumers.

Tado, a startup working with smart climate control, has raised $23 million in funding from Inven Capital, the VC arm of multinational energy business Cez Group. The round, which brings the total raised by the startup to date to $57 million, will go towards furthering international expansion.

Helium raises $20 million Series B round

Internet of Things startup Helium has raised $20 million in a Series B round led GV, with participation from investors including Khosla Ventures, FirstMark, and Munich RE/Hartford Steam Boiler Ventures. Andy Wheeler, general partner of GV, will join the startup’s board of directors.

Mumbai-based digital payments company TranServ has raised $15 million in a Series C round led by Micromax Informatics and IDFC Asset Management Company, with participation from existing investors including Nirvana and Faering Capital India Evolving Fund. The startup recently launched a mobile wallet called Udio, which enables customers to use a Visa card that can be used offline, thanks to a partnership with Visa. The funding will go towards accelerating business growth and expanding its offering, with the startup looking into micro-credit.

Fresh off acquiring its competitor Finsquare, European peer-to-peer lending platform Lendix has raised $13.5 million from investors including CNP Assurances, Matmut, and Partech Ventures. According to TechCrunch, a number of investors have also committed to investing $22.5 million on the platform itself.

TaskEasy raises $12 million Series B round

TaskEasy, a startup allowing customers to receive external home maintenance services such as lawn mowing and pool cleaning on demand, has raised $12 million in a Series B round led by Delta Electronics Capital, with participation from existing and new investors including Moderne Ventures and MTD Products. It will go towards expansion and product development.