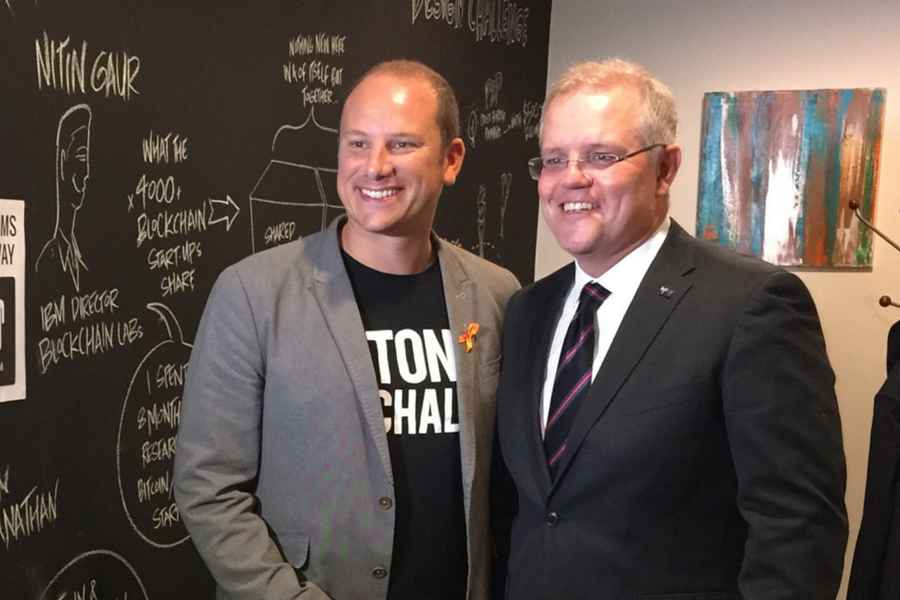 Treasurer Scott Morrison has today announced a package of policy changes to promote commercial risk-taking and, in turn, boost Australia’s fintech sector, with the creation of a regulatory sandbox for fintech startups to deliver services without spending capital on licensing, the refining of crowdfunding regulations, and creating open access to financial data among the initiatives announced.

The Government will also look to address the ineligibility of fintech ventures to receive investment from VC funds registered under the Venture Capital Act, issuing new guidelines to wealth advice, tailored specifically to Robo-Advisors, addressing the double GST applicable to bitcoin and other digital currencies by reviewing the application of AML and CTF law, and the development of funds management passports with China.

Announcing the policies at Sydney fintech hub Stone & Chalk, Morrison said these form an integral part of the Government’s National Innovation and Science Agenda, with the aim of creating an environment where fintech can be internationally competitive and the broader local economy can attract and keep talented entrepreneurs working in Australia.

“It is the culture of innovation that the Government wants to foster,” said Morrison. “We’re not intimidated by the global stage, let’s drive investment that drives growth.”

He said that the Treasury is working with the Government’s fintech advisory group and Fintech Australia, the industry’s representative body to devise further new measures.

The response from the fintech space has been broadly supportive, with CEO of Stone & Chalk Alex Scandurra saying he was impressed with the speed which the Government, and particularly the Treasurer, has mobilised to position Australia to take advantage of fintech.

“It is encouraging to see the political resolve to ensure that a number of key levers are pulled and implemented in 2016. We must now work to get these policies activated swiftly and effectively. The world is not waiting for Australia, and if we intend to catch the global wave of fintech disruption we need to move quickly,” he said.

President of FinTech Australia, Simon Cant added there are some quick wins and strong commitments to further action.

“With hundreds of dynamic rapidly growing FinTech ventures transforming financial services for Australian consumers and businesses – giving them better advice and information, a better experience and a better deal – the Treasurer’s commitment to supporting this sector bodes well not just for Australian FinTech startups, but for the Australian economy overall,” he said.

However, CEO of Tyro Payments Jost Stollmann said that while the policies announced to day will help unleash a new generation of entrepreneurs and investors, Australia must do more to make itself “fintech friendly.”

“If it does, Australia could become the fintech hub of Asia, servicing a market of more than three billion people, including a rampant Chinese economy,” he said.

The Australian fintech community has been aggressively responding to rapid changes in the space over the last few months, with the formation of the Fintech Australia body allowing the community to present to the Government a comprehensive policy paper outlining how governments and other stakeholders can ensure Australian fintech remains globally relevant and becomes a leader in the Asia region.

Today’s announcement, and the acknowledgement of key issues, shows the Government’s commitment to the fintech space, and the growing capabilities of this sector that will come as a result should allow Australia to seize new opportunities in order to be on par with competitors in Asia and the UK.

Cant said, “The Australian FinTech community has demonstrated a remarkable capacity to self organize and collaborate across state and other boundaries over the last two years with the establishment of two fintech hubs and most recently, the establishment of FinTech Australia. I think we are seeing the results of that collective action in the focus that the Government is rightly bringing to this important sector.”