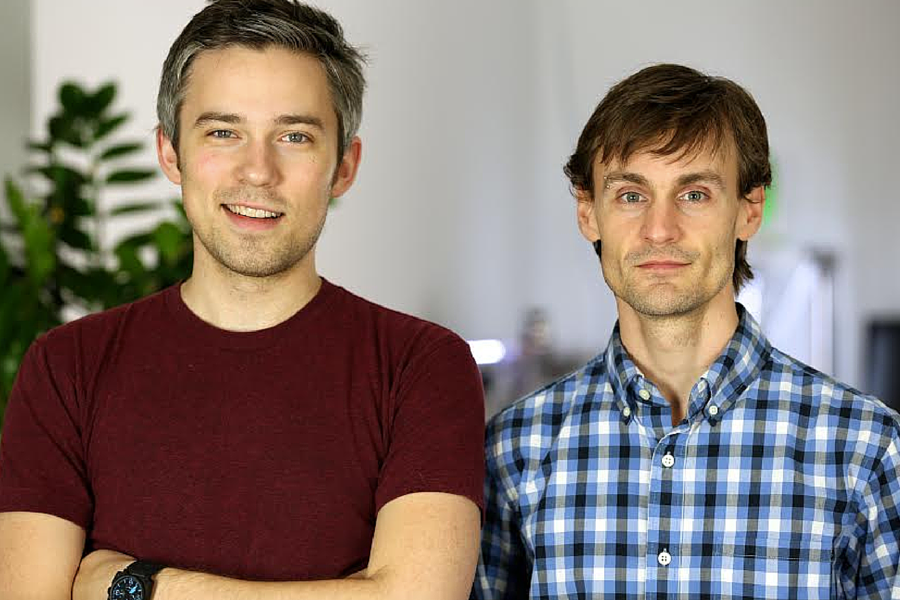 There are millions of possibilities when you connect the world around you to the internet. The internet of things (IoT) turns any ordinary object into a smart device tailored suited to your very needs, wants and desires. For example, your average coffee maker can be connected to your alarm clock, so when your alarm goes off in the morning it simultaneously orders you a coffee at your favourite cafe. While some people might call this laziness, the growth of IoT is giving more ordinary products a cool edge, transforming the daily activities and rituals of IoT junkies into automated actions.

San Francisco startup Particle is helping consumers develops those very products, producing sensors and actuators to help consumers connect any device to the internet. The startup makes tools and web developer kits enabling people to build their own physical prototypes and connect their own hardware to the internet.

“Our customers buy these development kits and they use them to build prototypes, they hook up to our back end cloud platform and then when they get into scale we sell them the software platform to run their product,” said cofounder of Particle, Zach Supalla.

Particle is a B2B business selling to physical hardware companies the software they need to run their products that are connected to the internet. Their customers include engineers and developers who are looking to address problems and fill gaps in their industry.

Three years ago Supalla started up his own company called Spark, originally a consumer products company, to solve a personal issue.

“My dad is deaf and I wanted to make his lights flash when my mum sent him a text message,” he explained. In 2013 this concept was transformed into a Kickstarter campaign for a product called Spark Socket. The Kickstarter campaign however was unsuccessful, only raising $125,000 out of a hopeful $250,000. The problem was another company called Life X had been working on similar products for nine months so Supalla decided to pivot his focus on making hardware for consumers.

Many of Particle’s consumers are also hobbyists and the do it yourself kind of people who want to connect things like their garage door, coffee machine, or toaster to the internet. There are a whole range of possibilities.

Eight months ago Spark joined forces with electronic retailer SparkFun and went through a rebrand, changing its name to Particle.

“We really wanted to build a relationship with SparkFun, and at the same time we were seeing a lot of confusion about the many Sparks in the world. We were getting confused with Apache Spark (big data software), Autodesk’s Spark 3D printer platform, and we were about to launch a cellular product where we would be confused with Spark NZ (a cellular carrier in New Zealand),” explained Supalla.

In San Francisco there has been enormous growth for hardware startups. Industrial spaces for manufacturing are easier to find because of the Valley’s geographical location. We have seen companies like Nest and Fitbit working in the IoT space getting sold for billions of dollars, making the region that was once unappealing for investors a pool of opportunity for hardware manufacturing startups like Particle.

However, Particle manufactures its products in Shenzhen, where it has set up an office to work closely alongside the community. Supalla lived in Shenzhen and employed his first staff in 2013. In addition to Particle, Supalla works on an incubator called Hacks. The program connects with entrepreneurs and startups and has provided Supalla with a unique insight into the startup ecosystem. While most hardware companies are attracted to the city, Supalla started questioning why Shenzhen and why not Taiwan?

“Working in Shenzhen is really challenging because you can’t log onto any websites, it’s impossible to be productive when you’re sitting in Shenzhen. People were like, why does everyone keep going to Shenzhen, why don’t they come [to Taiwan]? And I couldn’t answer it,” said Supalla.

“I think a lot of the gravity towards Shenzhen for hardware startups is based on the earliest hardware startups, the ones that got into this before the rest of us. They would go to Shenzhen and then when I was starting three years ago that was what you did, just because that’s what five people before me did, so we all just follow each other.”

Supalla believes that hardware startups get a better experience in Taiwan and instead of everyone following suit startups should branch out. Given hindsight Particle may have started business in Taiwan as Supalla believes Taiwanese partners have better support services and better knowledge of the English language. Being democratic, Taiwan is closer in values to America and they don’t have a great firewall.

“Taiwan obviously has a huge skill set in hardware manufacturing,” said Supalla. “You have such an incredible wealth of expertise on this island and the most amazing resources that can set you apart from Western companies. We’re negligent because for most of us it’s our first time doing this and it’s really easily to screw up and that’s something where Taiwanese could bring their expertise to bare.”

Despite the big opportunities in Asia, most of Particle’s current growth comes from Western companies in America and Europe. With the manufacturing taking place in Asia, Particle has exposure to the growing industrial markets in Shenzhen and Taiwan. In the early days companies would use Asia to manufacture their products rather than design them. However today it is interesting to see what countries like Taiwan are doing in terms of computers and smartphones. They are now playing a much heavier role in the design process.

“I expect that Chinese and Taiwanese manufacturers will start to play again more of a designing role and will start to develop things and then bring them to the Western markets either directly or through Western brands that they’re collaborating with,” said Supalla.

Supalla believes that his customer growth in Asia will increase as the industry develops other US companies will jump upon the opportunities of their Western counterparts. Currently Particle is building upon its connections in Shenzhen and Taiwan.

Currently Particle is about to roll out a new product for developers and people working in the IoT space. Its new cellular platform will give consumers a reprogrammable circuit board. The one megabyte product will come with a sim card, data plan, and is designed for low bandwidth products.

This new product has just shipped its first batch of 10,000 units, so over the next six months Particle will be able to understand and assess what people are building and learn what they want to build.

“This brings us into a new area because the product we build can now work anywhere and it’s a couple of bucks a month for the data, it’s like one megabyte plans for low bandwidth products,” said Supalla.

“This is pulling us much more into the industrial side and the customers that are building things are oil, gas and agricultural companies. It’s blown us in a totally different direction.”

Previous article Customer lifetime value is broken, but here’s how to fix it
Next article Students building and launching a startup in a month through Startup Launch program
Via Profiles
Tags featuredinnovationinternet of thingsIOTParticleSan FranciscoShenzhenstartupsTaiwantech