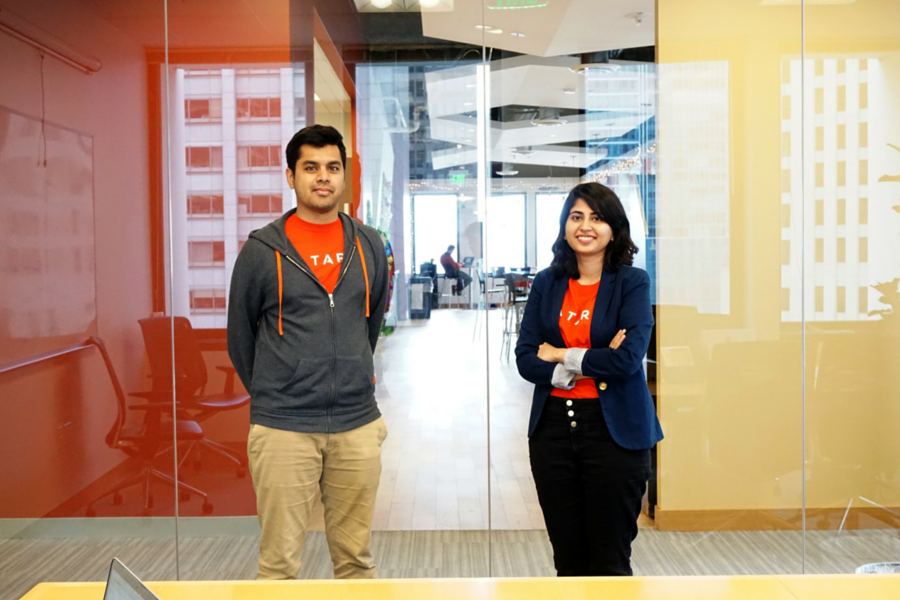 The barriers to working as an independent contractor or freelancer have slowly broken down thanks to the technological changes in the work environment. Apps and online services allow contractors to work from home and choose their own schedules, concepts increasingly becoming the norm and inviting more people to escape the traditional nine to five work week.

According to the Bureau of Labor Statistics, as of May 2015, 15.5 million Americans were self employed. By 2020 it’s expected that 50 percent of the workforce will be made up of freelancers, which is a game changing statistic and urges companies to re-think how they source, screen, and negotiate talent.

San Francisco startup TARA has created an automated chatbox to specifically target the rise of freelancer work in America. To alleviate the burden of recruiters sourcing the right talent for their business the chatbot, named TARA, works as an automated recruiter and project manager that assigns pre-screened contractors to small business projects.

The chatbot has a simple chat functionality that can be activated for any project requiring the assemblage or management of a team of freelancers. TARA manages projects from beginning to end by hiring contractors, controlling project quality, and ensuring the right products or services are delivered.

“We noticed that for many small businesses, there were plenty of options for talent databases to choose from. The difficult part of the process is once you actually find the contractor you want to work with, you now have to negotiate an hourly or project based rate with them, and then of course you have to manage them throughout the process,” explained Iba Masood, cofounder of TARA.

Many businesses that work in the startup space don’t have the time or resources to hire or manage project-based contractors. Finding people who are the right fit for your company is something that every founder has once struggled with. It’s all well and good to have a viable product and investment, however having the right team, whether they be cofounders or freelancers, can determine the success or failure of a company.

Masood explained she wanted to create a system that would pre-screen contractors to ensure their reliability and fit for the company. By combining his vision with automated technology Masood came up with the idea to streamline the project management service with a chatbot.

To test for a candidate’s reliability, TARA uses algorithmic, pre-screening mechanisms that ensures contractors have the right set of skills for the job. The hiring platform aims to be frictionless, and functions similarly to how a real team member would respond to new tasks. However being an smart system, the startup states TARA has no unconscious bias towards candidates and only hires experts based on skillset, rather than gender, race or pedigree.

Unfortunately this unbiased perspective of recruiting doesn’t solve problems that arise in the real world. For instance, what’s on paper doesn’t always translate – someone might technically be the right fit for the business but other traits come that aren’t necessarily picked up on face/robot value.

TARA takes out the face value of the recruitment process and manages contractors directly through the automated system, meaning interaction between customers and contractors do not need to take place. The final product is delivered based on the specs provided via chat.

“For every project, users receive one fixed quote; there is no back and forth negotiating with contractors. By sending a simple command to TARA, such as ‘build me a new app’ TARA works by asking a set of questions, and understands simple English through natural language processing. TARA then sets out to assign your contractor, within a period of 24 hours,” Masood said.

TARA was built by a team of recruiters and machine learning engineers. CTO and cofounder Syed Ahmed is a graduate of Queensland University of Technology, where the first lines of code for TARA’s algorithms were written. From those early days at university writing code, Ahmed is now part of a recruiting network responsible for hiring verified experts from a pool 50,000 contractors.

The startup’s network of contractors includes software engineers from Microsoft and illustrators at Pixar, who are all pre-screened and analysed by TARA using over 120 data points. Rather than focusing on a candidate’s resume or qualifications, the chatbot bases its analysis on abilities.

In a seven day beta testing phase, TARA completed 15 projects which included Android apps, websites, and logos, and even generated sales leads. The startup recently raised an undisclosed seed round, backed by Y Combinator and a series of leading investors in the valley.

With recruitment such a hot market, there is significant competition in this space, from traditional recruiters through to startups. Sydney startup Adecco, for example, has created an online platform for freelancers to search jobs and careers. Other recruitment platforms like Workible are using technology in innovative ways to source talent, moving as far away as possible from the age old resume. What sets TARA apart however is the chatbot, pre-screening service, and the algorithms used to determine ‘right’ company and market fits.

Masood said TARA has already proved profitable in beta stage, and the team is currently looking at ways to add functionality to the product.