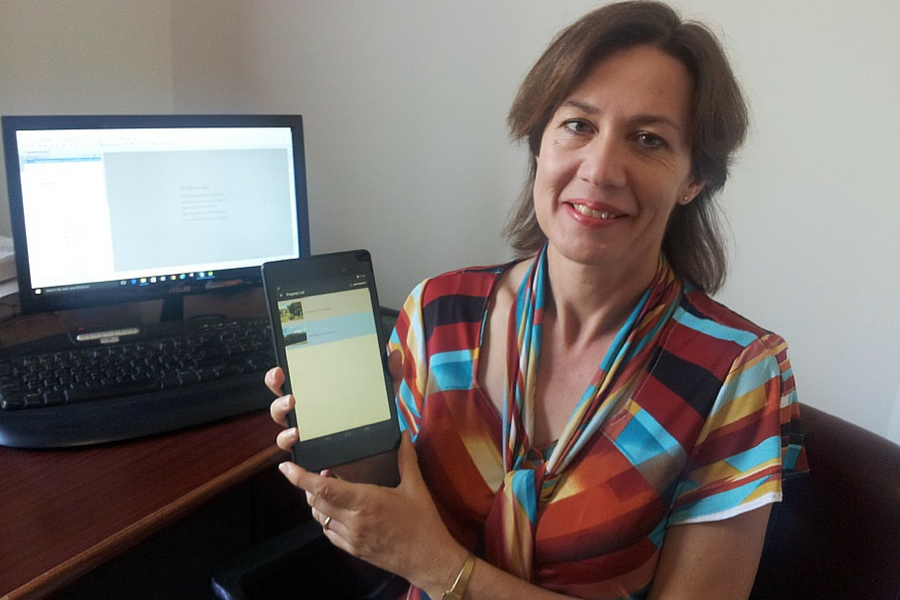 Traditionally, building inspection forms are handwritten, typed, or posted to the homeowner as a dictated account of the property’s condition. If conditions are left unchecked the property could prove costly to repair, which makes these inspections highly important before exchanging sale contracts.

“I wanted to build an app that generated a report that would provide greater value to the property owner, while at the same time making the job easier for the agent,” said Ivone Bennett, founder of BENNETTI ITEC.

Bricks Inspector is the company’s first commercial product to be released on the market. The app gives users the ability to capture information and photographs from the property site while the inspection is in process. The app can be used anywhere, with or without an internet connection, making it easy to record data and send distribute the inspection report at a more convenient time, which of course can be instantaneously.

Users register their intended property for inspection on the app, where they are then provided with a customisable checklist. The user records the condition of each item on the checklist and any maintenance issues, where the app then generates a report which can be shared. For example, in the kitchen area you can record the condition of the room as clean, functional, damaged or missing and record a note if the wall is cracked or the light bulb needs replacing for instance. Re-usable checklist templates speed up the process of setting up similar inspections in the future, with added features like events calendars and reminders to ensure a smooth running inspection process.

Bennett said it can be of use to property management agents, landlords who self manage their investment properties, building inspection officers, homebuyers, and home builder supervisors.

There are a few players in this market offering similar features, however these work on a subscription service which can be costly from month to month. These apps are mainly targeted towards property managers, rather than home buyers. Bennett said Bricks Inspector can simply run as a standalone service to be used once or multiple times, for anyone who wishes to record and manage property inspections.

Bricks Inspector is at priced just under $10 and is fully functional after the one-off in-app payment. However, at this stage the app is only available for Android users. The Android-first release can only lead to challenges in finding early stage adopters and gaining visibility through app stores, which is something that Bennett will be addressing after market testing.

However, Bennett said she has a number of users on board, and was surprised to see that her target audience of property managers slightly shifting upon release.

“I thought that property managers would be the prime target audience for this app but, for those who want the app to integrate with their existing backend systems, they will be reliant upon their current vendor. The target market that is now looking the most promising seems to be smaller operators such as building inspectors and DIY landlords,” she said.

The whole venture has been self-funded and self-developed. Bennett said, “We are currently working on a complementary website and a companion mobile app that will allow users to write, draw, or place symbols over the photographs. That’s the core version but there is scope to extend its functionality further.”