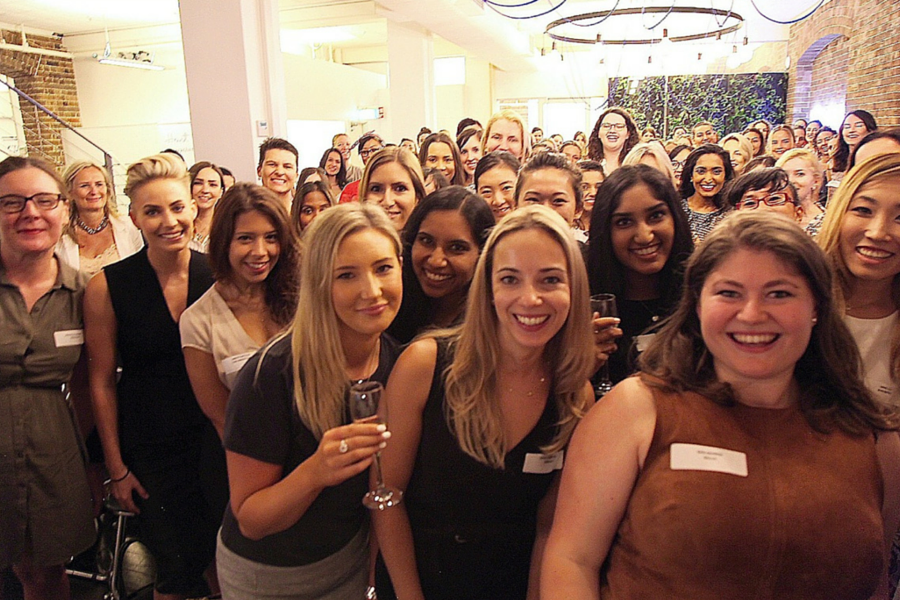 There is no doubt that there are numerous obstacles facing women in tech and the wider business sphere, but the champagne breakfast events held by Gen George and Jane Lu’s Like Minded Bitches Drinking Wine in Sydney and Melbourne for International Women’s Day were a celebration of what the group’s members have achieved despite the barriers.

With BlueChilli playing host to the Sydney crowd, these achievements were highlighted by the organisation’s Colette Grgic, who revealed that the incubator will look to help women do more through the launch of SheStarts, a new program for female founders.

Grgic said the six month incubator program, which will give ten female entrepreneurs $100,000 in seed funding, is BlueChilli doing its part to close the gap between the number of male and female founders, as “the only gap that’s good is a gap in the market.”

In this spirit, the breakfast featured a panel talk on women in business, with Jessica Glenn of My Work Phone, Monica Wulff of Startup Muster, Erin Young of Zen Green Tea, and Tiffany Jade Benn of Hart: LDN discussing their experiences and sharing their learnings for the Sydney audience.

Wulff, whose 2015 Startup Muster report found that 24 percent of Australian founders were female, up from 19 percent the year before, said she expects this number to be even higher in 2016 as initiatives such as Rare Birds, Forming Circles Global, and Like Minded Bitches gather more steam.

The Startup Muster figures reflect that of another study conducted in 2015; a survey of women founders from Terem Technologies said they expect their ranks to grow quickly over the next five years, with more women realising that a solid idea is more important than tech skills when launching a startup.

This was true of the breakfast crowd, though Glenn, who single-handedly wrote the code for My Work Phone, a system that integrates a user’s work number and CRM onto their personal phone, encouraged the non-technical founders in the room to get into coding. Having spent the early years of her career working for a big four bank, Glenn herself only began learning to code seven years ago.

“I always wanted to be a magician as a kid, and coding is like having a superpower,” she said. Morris had perhaps the ultimate ‘how to deal with being told no’ advice: in the early days of AdoreBeauty, now worth over $10 million and listed on Deloitte’s Tech Fast 50 Australia list in both 2014 and 2015, Morris said Vogue’s beauty editor told her that “If you were meant to be in Vogue I would already know about you”, while she also received a 14 page fax from another company telling her how ridiculous her idea was.

Keeping the belief in a business idea is also key when approaching investors, with the panel urging the women gathered not to undersell themselves in conversations with investors and remember they have something investors want.

“Take time to really get to know investors as people, as you need to make sure that you want to work with them,” Hamilton added.

Of course, the customer experience is key, with Glenn telling the Sydney audience that tech skills are one thing, but nothing trumps the human touch. My Work Phone collects user data extremely early on in the customer sign up process, which allows the team to call and follow up on warm relationships on a personal level.

Jim Cassidy, managing partner at Rampersand and one of the handful of men at the Melbourne event, praised the women in attendance.

“I had a chance to talk to a few of the women and I believe taking and building up that acceptance of risk is the first barrier to overcome; once they have a handle on that and get good advisors then women usually outshine their competition.”