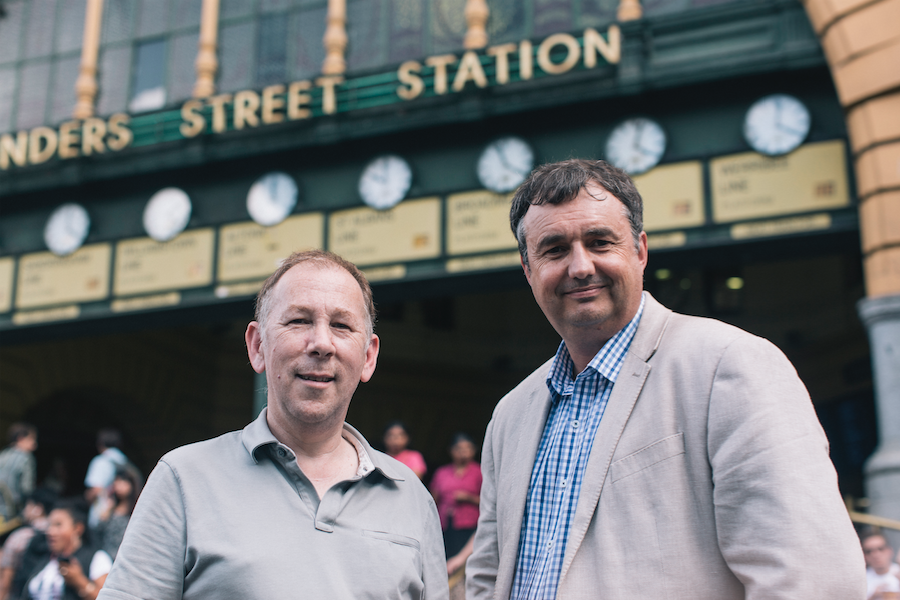 Corporate accelerator Slingshot has announced that it has acquired Melbourne-based accelerator program AngelCube for an undisclosed sum. The acquisition will see Slingshot run at least three programs a year in Victoria from its Melbourne base at Inspire9.

The organisation is also committing $10 million in funding for Victorian startups, with seed funding for each startup participating in one of its programs to be raised to a minimum of $150,000.

Craig Lambert, cofounder of Slingshot, said the acquisition came about as a result of the “exciting opportunities” with both corporates and startups on offer in Melbourne.

“We wanted to have a bigger footprint in the startup ecosystem and looked to existing programs that we could partner with. AngelCube is widely recognised as the premier Melbourne accelerator program and we’re thrilled to work with them as we look to boost local investment,” Lambert said.

AngelCube founders Nathan Sampimon and Adrian Stone, who will assist Slingshot with strategic direction and act as mentors in the new programs, agreed that the acquisition will help further grow the Melbourne ecosystem.

“We’re so proud of everything AngelCube has achieved since launching in 2010; we have accelerated 32 startups and raised over $20 million. With the support of Slingshot, startups will now have access to increased funds and the expertise of their network of corporate partners,” Sampimon said.

While Slingshot will look to leverage AngelCube’s system and processes and investor and mentor networks, Lambert said that for the AngelCube team, the sustainability of the Slingshot business model was attractive.

“It’s sustainable because we’ve got a corporate there contributing to building the accelerator and making it run as well as possible. It also brings customers to the table; we wouldn’t run an open accelerator without that corporate involvement because that monetisation allows you to run a much more significant program. We pay mentors, we can put on better events, we can invest a lot of that corporate money back into the startups, so they’ll all be corporately driven,” he explained.

The scope for corporate involvement is wide, with Lambert saying that Slingshot has attracted significant interest over the last few months, particularly since Malcolm Turnbull urged corporates to collaborate with startups in last December’s innovation statement.

“On a weekly basis I engage at least one tier-one corporate at a significant level, their executive management, if not their C-suite level, if not their board. What’s happening now is the government has started the conversation, there’s a bright light being shone on innovation, we’re starting to get momentum in the startup ecosystem and corporates are absolutely waking up to that, so they’re reaching out to startups in a variety of way. We’re talking to a lot of people,” Lambert said.

Slingshot has run two Jumpstart programs for the NRMA, and now, with its HCF Catalyst healthtech and Simplot Ignite foodtech programs in full swing, Lambert said Slingshot will be securing at least five more tier one corporates in Australia over the next 12 months. As such, Melbourne is just the first step in the organisation’s expansion plans.

“We have a model corporates can engage with pretty quickly; it’s proven, the content is done, the fund is in place, everything’s ready to go so we will go where our corporate partners are. If our partner is in Perth we can go to Perth, we just need to look at how we’d approach that market,” he said.

“With Angelcube, we’re actually coming to that market in a really appropriate way; Angelcube’s built up some amazing IP and goodwill that they want to continue, and we’ll be able to do that on their behalf. I think it’s a nice thing for the ecosystem that this acquisition allows that to happen, we’re going into the market in an appropriate way.”

Slingshot is also looking overseas, recently fielding enquiries from Europe, South East Asia, and the US.