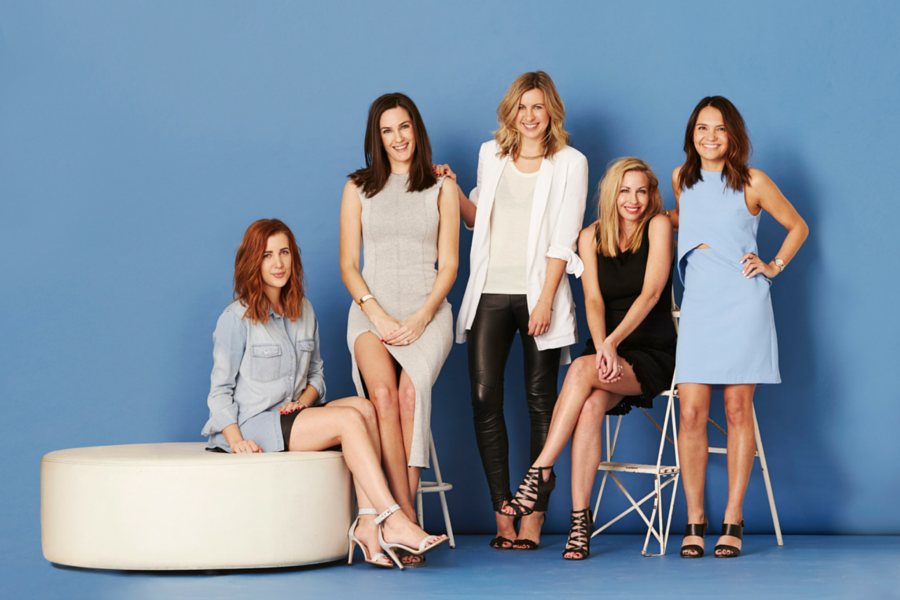 One of the criticisms most often lobbed at Australia by locals who have made it overseas is that the folks back home suffer from a chronic case of tall poppy syndrome. While the Aussies who head overseas bear the brunt of it, the high achievers here can’t escape it either – particularly if they’re women. Poppy Renegade is a new community platform launched by a group of Australian women in business aiming to help others fight back against tall poppy syndrome, and stand tall and proud of their achievements.

Cofounders Christie Whitehill of Hatching Lab; Sali Sasi, cofounder of Stylerunner; Tanja Watts of AMP Capital, PR pro Vanessa Budah; and Charlotta Backlund, senior fashion editor at Cosmopolitan, originally came together around nine months ago, coming up with the idea to create a community of women through conversations about experiences they had had throughout their careers.

Their aim, Whitehill said, is to create a community that helps uplift members and give them a sense of empowerment, whatever it is they’re doing, and in turn helps them ignore those who are trying to cut them down.

“We have the same beliefs, and I guess we’ve all come across the same problems in our own professions, as well as friends and family members going through the same thing. We really wanted to see a shift in society that sort of encourages people to be confident in themselves and not feel threatened by success or the lifestyle of anyone else, so within that we thought of creating a content platform that had topics and content which had real life stories from founders, as well as expert advice as well,” Whitehill said.

“We want to help connect like minded women who all believe in the same message and values and beliefs, and really want to strive to create a movement which is all about celebrating success rather than tearing each other down. It’s more so seeing success for yourself and then supporting others.”

Whitehill said that, given the number of groups out there that focus on female entrepreneurs, whether in the startup or tech space specifically or the wider business sphere, Poppy Renegade’s focus is more broad, aimed at women who feel they have attained or want to attain a level of success in whatever it is they’re doing, whether it’s climbing the corporate career ladder, running their own startup, being a stay at home mother, or backpacking around the world.

This broad audience raises the question of what kind of work Poppy Renegade will be doing in order to reach and engage vastly different kinds of women. Whitehill said content is a core focus, with the cofounders publishing their own content around the topics of wellbeing, business, style, and life, as well as profiles of other high-achieving women.

A paid membership platform is also in the works, while the group also plans to branch out into events that Whitehill said will be more interactive than most business events.

“We’re actually currently developing that side of the business at the moment. Right now it’s quite basic, we’re having people sign up to just build the community and then we’ll run the first event, but then from there we’ll be working out price points and it will be dependent on some of the offerings,” Whitehill said.

Whitehill said the group is exploring potential partnerships and sponsors to boost its membership offering. A mentorship system could also be in the pipeline for further on down the line, though given the breadth of the group, matching mentors and mentees across diverse roles and interests could be challenging, while various mentoring groups, like Rare Birds, are already out there. As such, the Poppy Renegade team will look to see how the group’s membership base develops.

Of course, the question of platforms or groups like Rare Birds also brings up the fact that the number of groups being built around women is constantly growing. But, Whitehill said, the more the better, and Poppy Renegade hopes to work with the other groups out there to help connect its business-minded members to groups such as Business Chicks, Rare Birds, or Like Minded Bitches.

“We really come from a standpoint where personal development and coming from within and having that self belief and self confidence is really the starting point of going out and chasing your dreams, climbing the corporate ladder, getting your feet on a board,” Whitehill said.

“We hope our content will inspire them and give them the spark they need to want to go educate themselves or learn something new or connect with any of the other groups; I think that’s where we differ a little bit.”