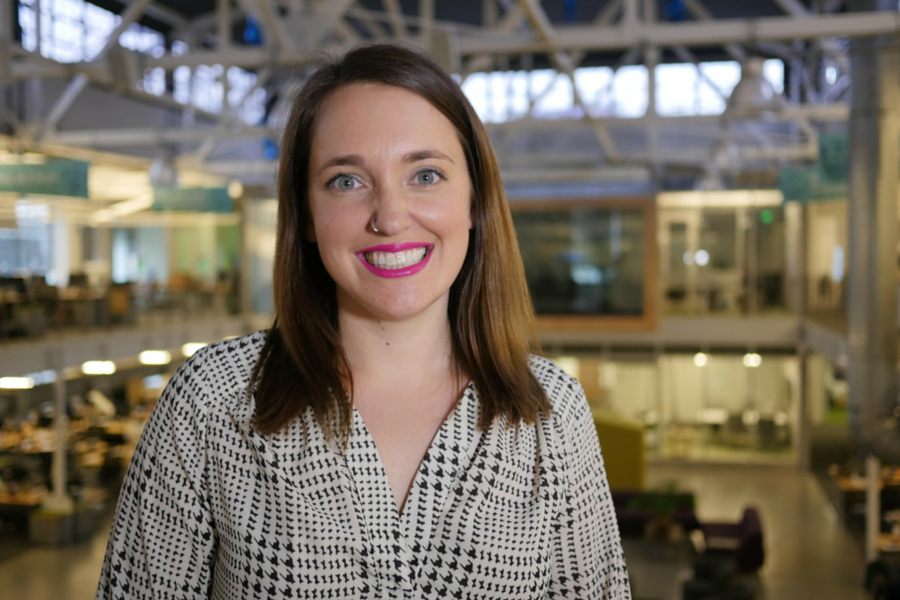 Just a quarter of Australian software giant Atlassian’s global workforce is made up of women, while 73 percent of its US-based employees are white, the first diversity figures revealed by the company today show.

Though the number of women is up from 23 percent and the number of white employees down from 77 percent last year, with 29 percent of the company’s global hires over the last year women and 9 percent of hires in the US Latino, Atlassian’s global head of diversity and inclusion Aubrey Blanche said there is much more to be done.

As such, the release of the figures comes as the company announces that team diversity is “benchmark against which it will measure progress” going forward, with Atlassian also keeping track of the age of its workforce, religious beliefs, and sexual orientation. Blanche said that the company’s passion on this issue starts at the very top, with cofounders Scott Farquhar and Mike Cannon-Brookes “completely in.”

“They’ve always been very vocal about the fact they created Atlassian to be the company they wanted to work for the rest of their lives, and they wanted that to be true for everyone that works for them,” Blanche said.

“I think as this dialogue has moved forward in the industry, they realised that diversity and inclusion was a key part of that, which they had cared about but not made direct investments in, and as soon as they realised that, they saw they needed to bring on someone to advise them on this.” 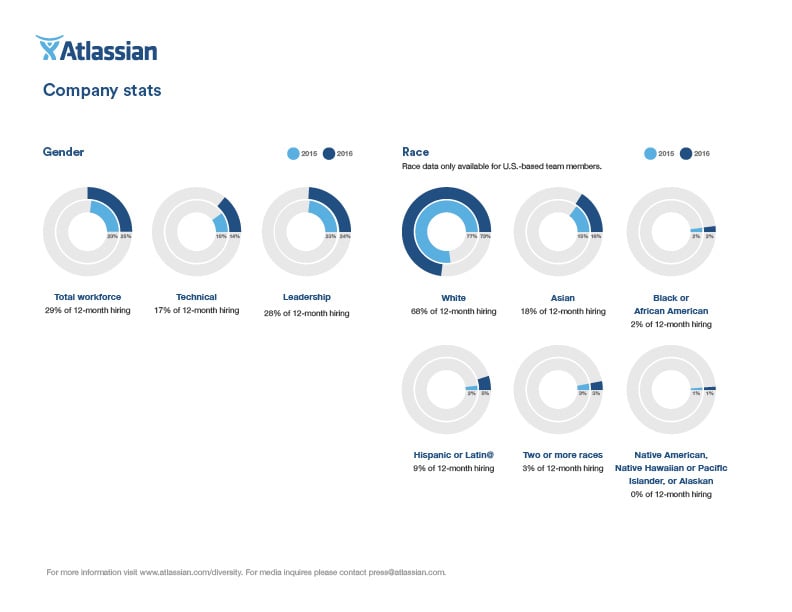 Blanche, who was appointed to her role nine months ago, said she is looking past corporate-level data to look at and improve diversity and inclusion within individual teams at the company.

“Corporate-level data isn’t actionable, I can’t design a program or strategy around such high level numbers. With team data, I’m able to understand each individual team’s strengths and weaknesses and design programs around that,” she said.

“If we’ve hired more women but all onto the same team we’ve improved their representation but not the diversity of our company.”

Just 15 percent of software teams in the US include at least one black member, with only 5 percent including an Hispanic member. Blanche said most of Atlassian’s efforts and initiatives on improving these numbers are focused on the fact that people from minority groups suffer from a lack of access to opportunities.

“There’s no talent deficit, there’s an opportunity deficit,” she said.

Programs being implemented by Atlassian are based on a new ‘n-Space’ approach, which the company said recognises the theoretically limitless ways a group can be diverse. This approach will allow the company to adjust focus areas over time, and “create new avenues of engagement for people from well-represented backgrounds”, with Blanche said keeping everyone engaged in Atlassian’s diversity efforts is key.

The company is working through four initiatives to boost representation and inclusion.

The first is unconscious bias training, with Atlassian rolling out training to employees that looks to empower them to understand how their minds work and what strategies they can use to interrupt their own biases.

We’re looking at ways we can extend that so employees get reminded about their biases and when to practice their strategies at the moment when that bias is most likely to affect them,” Blanche said.

This has flowed through to the company’s evaluation of candidates, with a new focus on standardised interviews, improved training, and a focus on ‘values fit’ rather than ‘culture fit’.

“We know the literature tells us culture fit is actually a poor predictor of most things for candidates, but can actually cause us to underestimate the potential of candidates from underrepresented backgrounds,” Blanche said.

The third initiative is forming Employee Resource Groups (ERGs), diversity-focused groups that look to foster supportive communities, and peer mentoring rings. Given the team data shows that women or minorities may be isolated in their teams, Blanche said these groups are key to helping these employees develop a sense of belonging, while her own communications with ERG leaders key to helping Blanche herself understand what’s going on at the company.

Employees have also come up with their own ideas; for example, women in Atlassian’s Sydney office have implemented coffee dates which, like the name suggests, has interested women signing up each week and getting assigned to a coffee date another woman in the office.

The company is also launching partnerships with organisations like Tech Inclusion and Galvanize to boost the number of people from underrepresented backgrounds in its workforce and talent pipelines, while the launch of the Women of Atlassian video series also looks to inspire young girls to get into tech by showing them role models.

Blanche said, “We thought it’s important to show girls there are people like them here, and that we’re really excited to have them at Atlassian.”