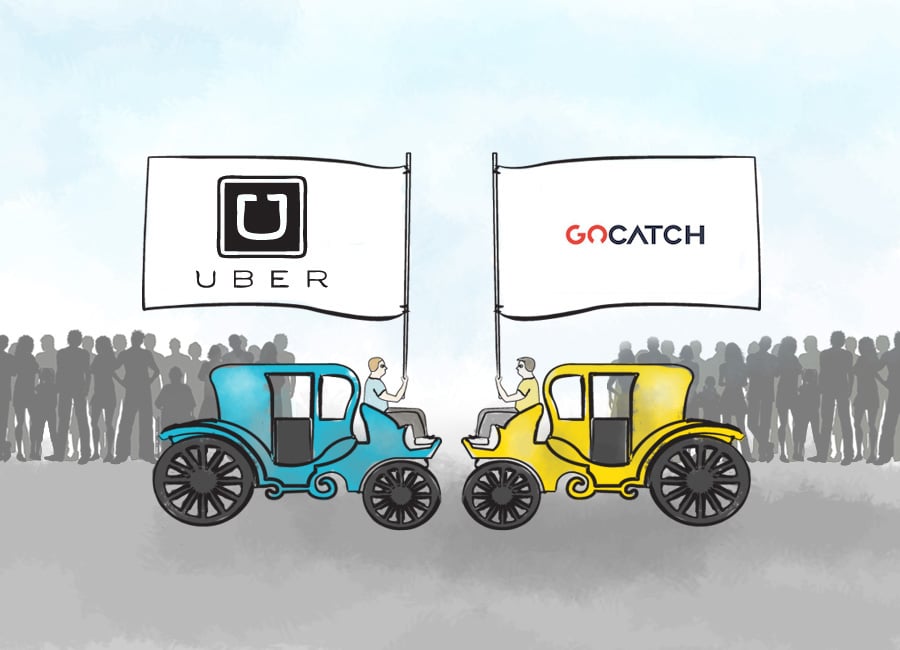 Australian taxi booking startup goCatch has thrown its hat into the ring against Uber, today unveiling its new rideshare offering goCar for passengers in Sydney’s CBD, inner west, and eastern suburbs. Integrated into the goCatch taxi app, the new service will be virtually identical to UberX, with the key difference being that goCar will use a peak and off-peak pricing structure rather than surge pricing.

goCatch CEO Ned Moorfield said the legalising of ridesharing in NSW and the ACT showed the startup that the time was right to make a move into the market.

“We definitely need a competitor, and I think we need a homegrown competitor. Uber has strong competitors in a lot of its international markets and it’s been a long time coming for Australia, but the main barrier to that happening has been the regulations. We certainly haven’t had the depth of funding to engage expensive legal teams and throw money at fines in a way that Uber has,” he said.

Of course, goCatch moving into ridesharing is more than just a new startup deciding to take on Uber; the startup’s base in the taxi market and the tension between the taxi industry and Uber makes the move a more delicate proposition. However, though Moorfield expects “a small percentage” of taxi drivers using the startup’s taxi app to react strongly against the new service, he believes the vast majority realise that there’s an “inevitability” about its growth.

Moorfield believes the launch of goCar is a good thing for both taxi drivers and existing Uber drivers, who he said will have every opportunity to switch between services depending on where they see the volume of work going. goCar will also be charging drivers a commission of 15 percent compared to Uber’s 20 percent.

“That’s where competition’s going to be really important in this space, because we’ve seen Uber putting up their commissions quite a bit over in the US and unless there’s competition in Australia, the same thing will happen here,” Moorfield said. 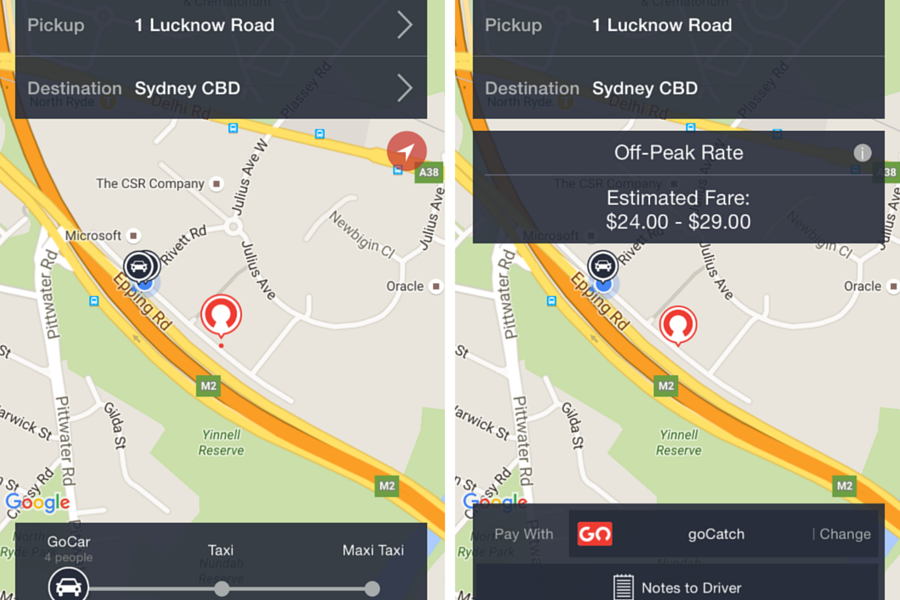 The startup also expects drivers will earn at least 10 percent more on each job compared with Uber.

The startup has been onboarding and training drivers at a facility in Strathfield, with accepted drivers with vehicles less than nine years old offered customer service training and three months of free mobile data. Moorfield said there is a good critical base of drivers on board ready for today’s launch, but admitted that supply will likely not keep up with demand in the early stages.

Despite Uber’s standing in the local market, Moorfield is confident that goCar will tempt both drivers and passengers over. goCatch itself is processing 100,000 taxi bookings a month, and the integrating of the ridesharing offering into the same app is sure to see see some existing users try out the service. The startup may also benefit from the questionable reputation Uber has developed internationally: there are likely to be some who never tried out or stuck to Uber after hearing about its surge pricing debacles and how it treats drivers and disgruntled passengers (and journalists).

Still, taking on Uber’s billions is no small feat and, as such, the startup will be looking to raise a significant round of funding later this year to help on board drivers and expand around Australia in step with changes in regulation.

Moorfield said, “We would have to run pretty hard at this to get a decent market share; our equivalents overseas have raised hundreds of millions, if not billions, of dollars to take on Uber, so I think some pretty substantial funding is going to be required to capture the market locally.”