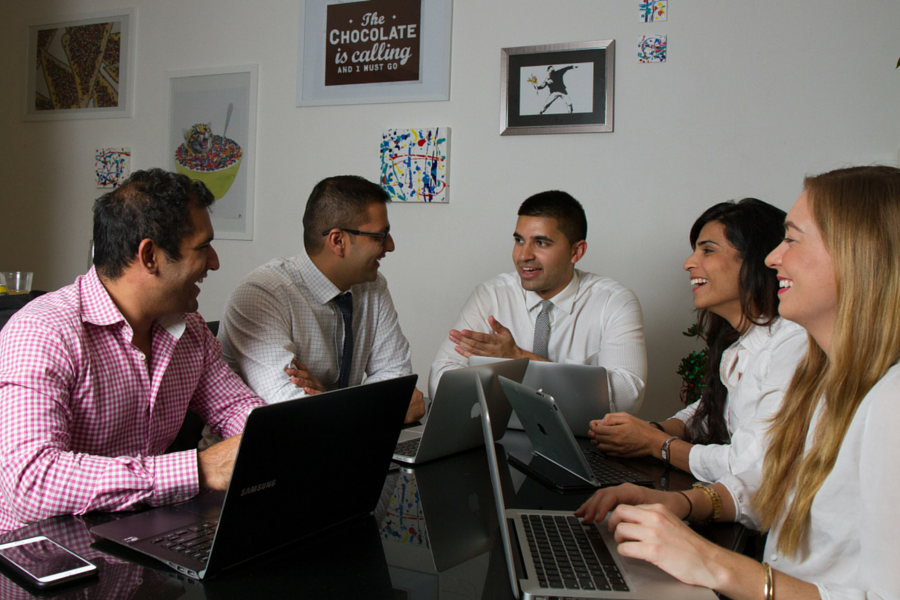 Whether you’re in for a broken arm or surgery, being in hospital is often scary. For people with cancer – and their families – the endless parade of doctors and treatments can be downright terrifying. There are countless, often time-sensitive decisions to be made and wading through all the medical terminology to understand all the options is difficult.

Dr Nikhil Pooviah of the Chris O’Brien Lifehouse cancer hospital in Sydney came up with a solution in the form of an app called CancerAid. The app aims to improve cancer care worldwide by empowering patients through the provision of personalised information.

Patients will be able to learn about their cancer, their staging, recommended treatment options, and see a visual care pathway. The app is also comprised of a journey organiser, where patients can track medical records and organise their treatment and medication schedules, and a telemedicine component, with 24/7 on-call medical and psychological support available.

“Patients and carers are confused during their journey, they feel disorganized, and access to cancer centered care is currently inadequate,” Pooviah said.

“I felt I had the creativity and knowledge to formulate an application to address issues facing cancer care which would draw on my experiences with patients and their families. Instead of sitting across the table from one patient, I now have the opportunity of hopefully helping thousands more patients through CancerAid,” Pooviah said.

Pooviah began working on the app with cofounders Dr Raghav Murali-Ganesh and Dr Akshat Saxena, who have self funded its development thus far.

The startup, which was today accepted into the HCF Catalyst accelerator program run by Slingshot, will be testing the app in a number of cancer institutions over the next few months. Its planned revenue model will have these cancer institutions licensing the app as a subscription service in order to offer the app free to their patients and caregivers – which is “how cancer care should be,” said Pooviah.

“Over 95 percent of patients we surveyed at our Chris O’Brien Lifehouse Hospital were interested in downloading our app and also identified issues they would like addressed…over 100 cancer specialists we have spoken to are on board with our initiative, and have provided input to content design for us.”

“With expansion and traction, down the track we may have a premium version but initially it will be free to all patients and caregivers.”

Pooviah acknowledged the number of apps emerging in this space, but believes that the support the app has already received from institutions, specialists, and charities has shown CancerAid has a sustainable business model in place.

Like any other founder, Pooviah has faced a number of challenges, but said one of the most difficult to overcome has been the odd lack of support from medical colleagues. He had been selected to take part in a prestigious specialty program before he began working on the app, but eventually had to give it up in order to put the time required into the app.

“Nearly every healthcare professional that we have discussed our initiative with has been supportive and that kind of positive feedback has helped drive us. My own department in Radiation Oncology had not been as supportive, but that was mainly because this startup was a distraction from my training requirements and I understood that,” Pooviah said.

“Sometimes we make tough decision so that was the hardest decision I’ve made to date. I decided to shift from my role as a clinical doctor to work on CancerAid full-time to ensure I could take things forward. I’m confident I have made the right choice, so hopefully it all pans out nicely.”

Pooviah and his cofounders are just one group of young doctors innovating, with many others coming new ways to update decades-old processes. However, as his own experience showed, it’s not easy for them to bring these ideas to life.

“I think doctors and other healthcare professionals have some of the best innovative ideas, however due to work commitments, time, lack of business knowledge and resources they do not have the capabilities to take their ideas forward. This is not to say they do not have the drive or motivation for their ideas, it’s just that difficult a process. My long-term aspirations are to nurture healthcare ideas from others and provide them with the resources to take their ideas forward,” Pooviah said.

The CancerAid team hopes to bring on at least five large institutions as customers before the end of the year, with the other goal for the year to secure funding to cover continued development and maintenance. As well as the $50,000 in seed funding granted through the program, being part of the Catalyst accelerator will also provide CancerAid with a significant boost by allowing the startup to tap into HCF’s network of customers and partners.

Pooviah said, “We want to take this initiative forward, not just in Australia, but also worldwide. A lof the components can easily be cross-expanded to other chronic diseases such as diabetes, cardiovascular disease and arthritis so we are not trying to limit ourselves. Our goal is to produce a gold-standard resource of personalised patient information that doctors can ‘prescribe’ to their patients.”