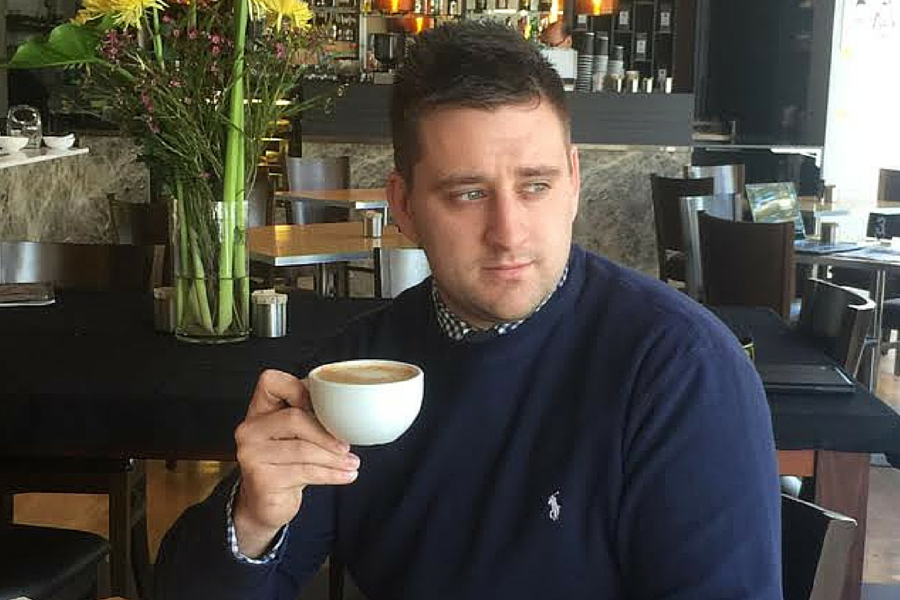 There’s no doubt about the fact that Australians are addicted to coffee. It’s our national obsession: we Aussies spend an estimated $3 billion a year to keep our eyes open and our legs moving. According Harris and Galaxy Research more than 1.1 million Australians would rather give up their mobile phones for a day instead of missing their morning coffee.

Cafe culture is buzzing all around Australia and George Clooney entices our appetites for coffee pods on TV and bus stops. I’m not sure if we can’t get enough of him or coffee? But it’s clear to see that our nation is addicted to both. The average cost of a cup of coffee is around $3.50 and unlike in Italy, the price isn’t capped. But what if you could experience the same coffee every day for only $2?

South Australian startup Two Dollar Coffee Club is just what the name suggests. It’s an app that allows customers to get $2 coffees from participating cafes and venues, while it’s a free service for the venue. Lest the coffee addicts go crazy, the app allows the venues to cap the amount of $2 coffees they want to give to users a minimum of one $2 coffee per week.

“If you’re a consumer getting a coffee a day during the work week you save close to four hundred dollars on the app so for the users it’s a bigger saving on their coffee,” says Josh OShaughnessy, cofounder of Two Dollar Coffee Club.

For coffee enthusiasts, or really any non-morning person, signing up to the app costs $24 dollars per year in a subscription-based model. Or if you think about it, $4 per month in return for $2 coffees every day. Members also receive other benefits on top of their coffee including exclusive offers from venues, whether that be meals, drinks, functions or events.

“If people are coming through the door then they can also try to up-sell them to another service. For example, customers could spend another four dollars to get a bacon and egg sandwich or something like that,” says OShaughnessy.

“We wanted to keep it as simple as possible because we don’t want it to take up time. If it’s a busy cafe we don’t want them to have to spend five minutes even trying to sort it out because then it becomes a nuisance,” explained OShaughnessy.

The app is designed to increase business and communication for cafes and restaurants. The service enables venues to promote other meal and drink offers, provides analytics on who is visiting the venue and sending through notifications to club members on the latest offers. All components are housed within the app with no need to scan barcodes or spend money on advertising. Cafe owners can log in to a portal that shows them information and analytics recorded by the app throughout the day. Venues can monitor who their customers are, their age, gender, what they’re drinking and when they’re drinking.

OShaughnessy explained that the app shows valuable information of each customer that venues can use for marketing and service strategies.

“If they’re repeat customers coming back for multiple two dollar coffees or if they’re also getting new people through the doors that wouldn’t have otherwise gone there,” she said.

To avoid customers abusing the system the app prevents customers redeeming more that one $2 coffee a day. Once the user has claimed their coffee they won’t be able to click further claims until the next day, where the service resets itself.

Two Dollar Coffee Club launched in South Australia in January this year and has since had 45 venues sign up, giving them a confidence of growth over the next few months where they expect to hit the 100 venue mark.

The general response from both venues and the public has been positive as they app provides minimal risks to coffee shops and gives customers what they’ve been waiting for – cheaper coffee.

Similar services that offer cheaper deals and rewards, such as Groupon and Rewardle, have taken the market by storm. Last year Melbourne based startup Rewardle’s market capitalisation sat at just above $39 million. The ASX listed startup connects consumers with their favourite merchants, based on transactions. The platform’s typical clients include local cafes, yoga studios, butchers, hairdressers, juice bars and other time-poor merchants who have limited operational and marketing budgets.

Similarly Two Dollar Coffee Club wants to open up their service to cafes who want to advertise with minimal costs and risks. OShaughnessy does not see his app as a direct competitor, as it is targeting exclusively coffee buyers and cafe owners.

“Our goal is to get at least about one hundred and fifty venues in SA and then we’ll start to look at other states. We’re also working with someone in the UK right now who’s shown interest in the idea. So in an ideal world in the next twelve months we’d be operating across Australia and potentially across the UK as well, which would be pretty cool for an idea that only launched three weeks ago.”