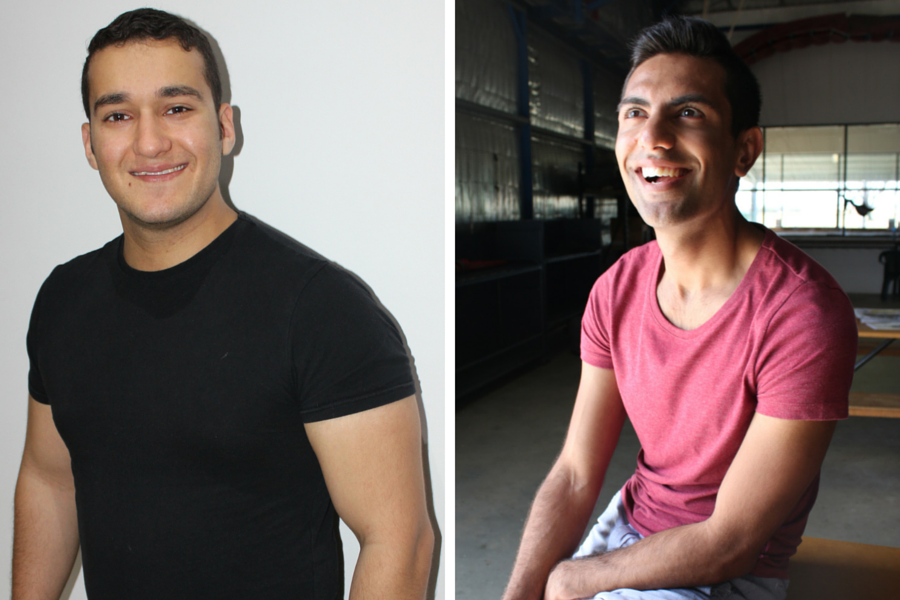 Tutoring is big business: according to a report published by UK education charity The Sutton Trust in 2013, one in four parents are paying to have their child tutored. As parents worry about the quality of their child’s school education, classrooms in tutoring centres are filling to the brim while agencies connecting tutors with students at home are constantly looking to recruit new tutors. Of course, like any agency acting as a middleman, commissions are often high while students have limited choice in the tutors they’re appointed.

Skytutor is a new app that looks to cut out the middlemen and help students and tutors connect directly. With neither of them coming from tech backgrounds, Ninor Mansor said he and his cofounder Meet Sheth originally had no intention to develop an app. Having tutored while at university, they simply thought that they would work to open their own tutoring centre, write and sell educational materials, or become the middlemen linking students to tutors.

“As we wrote down our values and our vision of success, the same themes kept reappearing – growth and change. We knew that opening a tutoring centre in Perth could be profitable, but would it really grow as large as we hoped? Or, to be slightly more grandiose, would it change how society views education? Given the recent emergence, success, and immeasurable growth of mobile app marketplaces, we eventually walked down the path of framing the opportunity to develop an app, evaluating its economic feasibility and wire framing a prototype,” Mansor explained.

Skytutor is looking to turn the tables and place the power back into the customer’s hands. Put most simply, Mansor said, Skytutor “is to education as Airbnb is to hotels, or Uber is to taxis; a complete market disruption.”

Users can sign up by selecting whether they’re a student or tutor. From there, they can then set their price, write their biography, offer a price that they will accept or pay, add the subjects they want to learn or teach, and add any relevant qualifications. The most important function, said Mansor, is the rating function, with both students and tutors able to rate the other party.

Mansor said he and Sheth made the decision early on in the development process to allow tutors to set their own prices. However, they saw on other unregulated tutoring marketplaces that tutors often set prices that were too high, hurting both students and tutors.

“We’ve solved this problem in two ways. Firstly, students offer prices, just like tutors demand prices. This means that tutors must be realistic in what they set as their hourly rate. If the majority of students are offering $20 per hour for high school mathematics, then a tutor demanding $50 per hour will surely fail to acquire any students. This works in the same way for students offering prices that are too low,” he said.

Though aimed most prominently at high school and university students, Mansor said the app is generally targeted at anyone that wants to learn something, and anyone who has a skill to teach or knowledge to share, whether it’s teaching guitar or teaching someone to garden.

“Ultimately, it’s natural that students attending school will gravitate towards the app, and to this extent, we are devoting a significant amount of our marketing resources to parents of students or students in primary, secondary or tertiary education. This sector will be our predominant target market until we grow into a household name,” he said.

There are currently no fees incurred through the app, with payments made externally by the individuals concerned in cash or via other methods. The cofounders are looking to analyse how the app is being used before experimenting with potential avenues to monetisation, whether they be in-app marketing to a mobile payment system.

As university students prepare to head back to class, Skytutor will be ramping up its marketing efforts and attending university orientation weeks to onboard users. According to Mansor, 30 beta testers have signed on since the beta program launched 2 weeks ago. To drive sign ups, the startup is running a promotion to upgrade its first 50 users to the status of ‘foundation member’, which will see the app’s search algorithm prioritise them indefinitely.

Skytutor should see a big boost in numbers once the high school and university years kick off in earnest. Bricks and mortar tutoring centres will likely pose significant competition in the high school market, but university students should like the fact that they can set their own prices and find their own tutors or students without having to go through an agency or use flyers to advertise.

With the size and quality of the Skytutor network key to its success, the startup hopes to grow nationally throughout 2016.