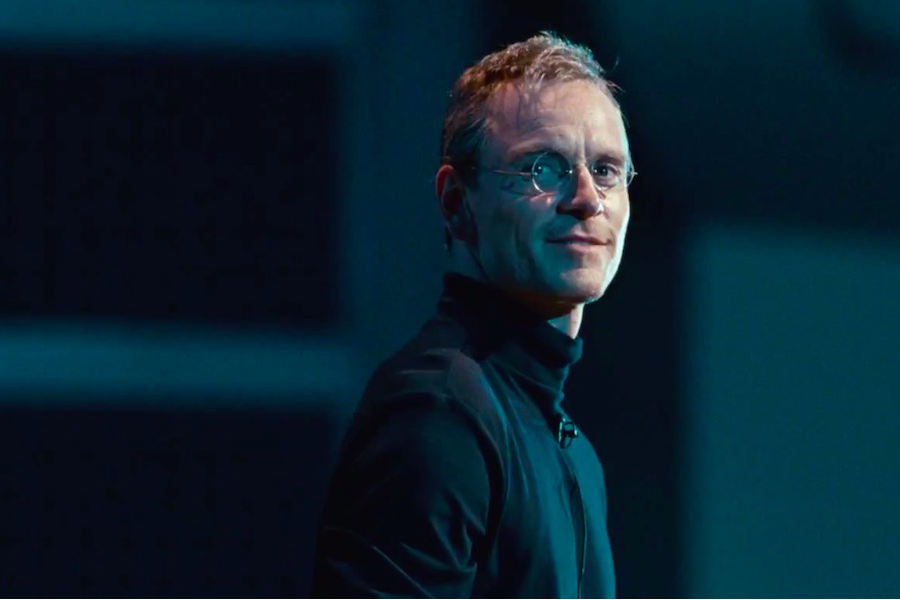 It’s been six years since Steve Jobs passed away, but we still can’t stop talking about him as we continue to be inspired by, and debate, his legacy. Such is his standing that yet another film has been made about his life, with Steve Jobs set to hit screens around Australia tomorrow.

As founder and CEO of one of the world’s most iconic brands, Steve Jobs became synonymous with the company he created. Jobs brought forth the idea that everyone can have his Apple technology and today, almost everyone around the world indeed does have access to this technology. Jobs was a visionary like no other and many entrepreneurs still to this day idolise his career and hope to someday replicate the mark he left on the world.

However, he is famed not only for his Apple legacy but also for his questionable and ‘dark’ personality. Much of his private and work life was cast in shadows after stories emerged of a dark and complicated man that contradicted the charisma and energy of the public figure. Many people wonder why Jobs was so famous especially when Steve Wozniak was the technical creator at Apple.

A friend and colleague to Jobs, Wozniak was the engineer who designed the machine that became Apple’s desktop computer.

According to Jessica Livingston, author of Founders at Work: Stories of Startups’ Early Days, Wozniak single-handedly designed all of Apple’s hardware and software and first presented the Apple II to the public in 1977. So why, people ask, was and is Jobs so celebrated?

The new movie aims to unveil the genius behind Jobs and answer that exact question – why is Jobs a household name, and why do millions of current and aspiring entrepreneurs look to him for inspiration?

Unlike previous depictions of Steve Jobs, this film is not a biography. Screenwriter Aaron Sorkin, who was behind the much-debated portrayal of Mark Zuckerberg in The Social Network, plays out all the conflicts and dramas to create the portrait of a man who was an influencer yet also a failed father. The movie looks at Job’s thoughts and ideas behind the Apple computer and the character traits that made him hated among his co-workers.

“He lived at the intersection of art and technology,” said Sorkin, who believes that place and time played a big part in Job’s success.

When people look at the iPhone they see a refined piece of technology, sexy and sophisticated in design. Once an Apple user it’s hard to go back to PC. Apple is a personalised item and users are loyal, making the company one of the most successful businesses in the world. Despite taking a recent dive in sales and the impending approach of Google to surpass revenue, Apple continues to innovate and provide technology platforms that are the stepping stones towards the future.

The new look Steve Jobs is embellished in drama to give a portrait of who he was as a person, behind the creativity, technology and, of course, the famed black skivvies. The film celebrates him for pioneering the way we use computers, watch movies and listen to music, but also reinvents him as the anti-hero, a man who was hard to get along with, bringing to light the skeletons in his closet.

In behind the scenes footage we can feature today on Startup Daily, Steve Wozniak shares some personal insight into the character that he personally knew and was his long time friend.

“I think history’s going to remember him as one of those great technical leaders of all time, just like Edison. He might also be remembered for his negative personality and that’s going to go with his legacy forever but he led the world in the future and everyone else would follow it when they saw it,” said Wozniak.

But Wozniak also speaks of the jokes and the laughter, saying, “he really quite a bit manipulated his own legacy.”

The current fascination with Jobs, at so high a level that it has warranted two big Hollywood biopics in three years, may suggest that inner workings of the tech world are truly hitting the mainstream, with entrepreneurs seemingly the new superstar athletes whose gold medal or championship moments must be chronicled on film for all to see.

While The Social Network may not have focused on Zuckerberg as a visionary, instead looking at Facebook from the angle of a friendship breaking down and a business deal gone wrong, but it still turned Zuckerberg into a household name around the world and introduced more people to tech entrepreneurship. If Marissa Meyer pulls off a miracle at Yahoo or Jack Dorsey revives Twitter, Hollywood may just come knocking.