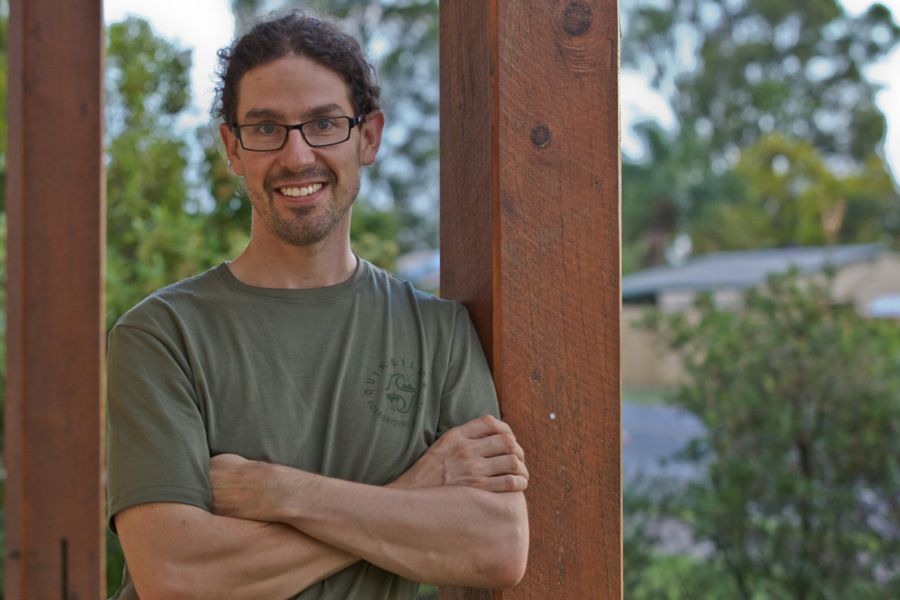 It may be hard for kids to imagine, but before it dedicated its global airwaves to reality television, MTV was focused on showcasing music videos. Some time in the 80s, the music video had developed from an promotional outlet designed purely to sell albums to an art form in itself; Thriller was a phenomenon. But with the promotional budgets of record companies dwindling over the last decade, the music video has become, at best, an afterthought, while for independent artists producing a music video can be downright impossible.

But Queenslander Gabor Kukucska has a plan to stem the demise of the music video. A videographer himself, he decided to launch 50 DMC. The platform is almost like a crossover between Kickstarter and HandKrafted in that it connects musicians with filmmakers to create videos, and helps them raise the funds necessary for production from fans along the way.

The musicians post a brief for their vision on the platform, with 50 DMC working with them to come up with a budget. The filmmakers then respond with a detailed treatment, the musician makes their choice, and then launches a fundraising campaign among their fanbase.

“I used to do music videos quite a lot in 2009/10 but the problem was that there was not enough budget for most of the clips. You advertise and you always end up with clients who don’t really have money, so it was very challenging, but it’s a very rewarding creative field,” Kukucska said.

“I thought always in the back of my mind, how can I help them? I wanted to do more music videos but I have two kids, you know, I’ve got to provide, and commercials and corporate videos are not so much fun but they pay. So that’s where it came from, thinking that if I can find the extra funds, and help them with funds for the specific reason to create music videos then that’s easy peasy.”

Kukucska began working on the project mid-2015, putting out feelers in his networks to look at whether anybody would be interested in such an idea. Eventually deciding to go in full steam ahead, he applied to the 500 Startups program; he was politely told that 50 DMC was a bit too young to take part.

“Filmmakers can wait, as far as I’ve found in my experience. They will come, they will set up their profiles and they will wait; they’re ok to do nothing for a couple of months until they hear back from you. When there is a musician, they want a music video now, obviously,” Kukucska said.

The startup produced one video early on in its development to test out budget and fan reaction, allowing Kukucska to set the minimum budget for a project at $1500.

Once a project is set to go ahead, every stage is tracked through the 50 DMC platform, which has four milestones for the team to check off: pre-production, production, post-production, and distribution. Within each milestone is a checklist of at least five steps that the filmmaker can tick off to track their progress and show the musician where exactly they are at with the project. For example, a pre-production checklist would have points including casting and location scouting.

To ensure these milestones are met and each party is happy with the progress, the filmmaker is paid a quarter of their fee at the completion of each milestone. They can, however, make a request to be paid all upfront or in different installments.

“There’s a question in the process on whether they have or are capable of doing it without receiving the whole budget. The decision has to be made by the musician, basically, whether they take the risk of giving fifty/fifty or all, but we advise against that,” Kukucska said.

50 DMC is currently taking part in the ilab Germinate program, which Kukucska said is helping him clarify his goals for the startup and what he wants to do. He began promoting an MVP last month, and now has a handful of briefs from musicians on the site that he hopes to fill shortly.

Kukucska said he will be targeting EDM artists to grow the platform; most EDM artists don’t appear in their video clips, which opens up their project to filmmakers around the world. His goal is to have produced at least 20 videos by the time the Germinate program finishes up in April.

The platform’s pricing structure is yet to be solidified, but Kukucska is experimenting with a 10 to 15 percent fee for low budget videos, with a five percent fee for videos with a budget of more than $5000. Part of this fee will go towards promoting and distributing the clip.

Given Kukucska’s decades of experience in the field and his network of filmmakers, 50 DMC has the potential to succeed. It’s never been easier to collaborate across oceans and produce high quality video on shoestring budgets, while the rise of crowdfunding for every possible thing imaginable (remember, erotic crowdfunding is a thing) the concept of getting fans to contribute to the production of a video doesn’t sound so difficult either. The success of Patreon, which raised $30 million in a Series B round last month, has shown that fans are willing to pay to support their favourite creators. 50 DMC will incentivise fans by giving them producer credit on videos.

Apart from the $20,000 in seed funding received through the Germinate accelerator, Kukucska has been self-funding the development of the platform. He will be looking to raise a substantial seed round this year to fulfil his goal of producing 10,000 videos a year.