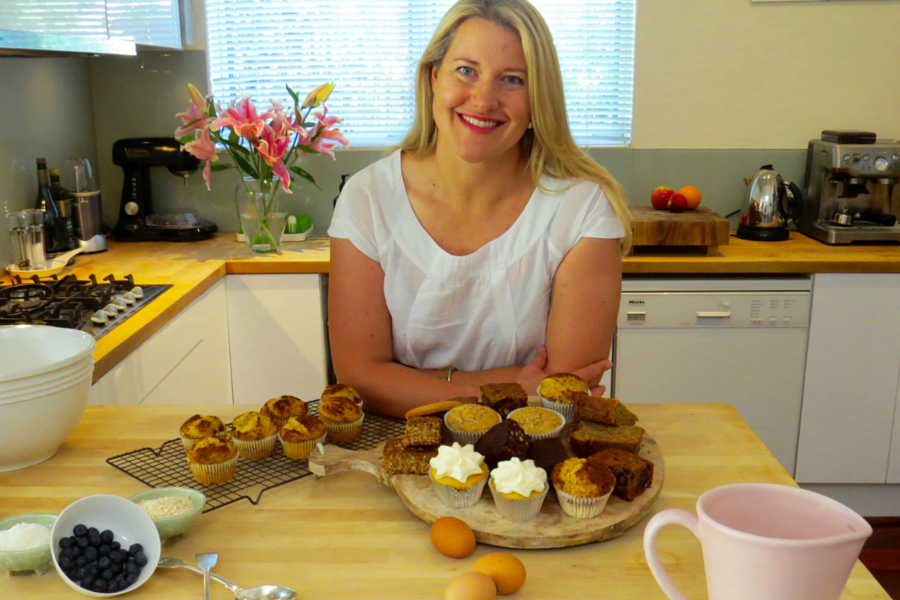 For kids, morning tea and lunchtime are undoubtedly the highlights of the school day, but for parents, filling the lunchbox each day can be a stressful exercise. They need to make sure they’re fulfilling their child’s nutritional needs while also accounting for the fact that, realistically, kids don’t like healthy veggie snacks, and make sure to mix in some variety so their child doesn’t get bored day in and day out. All this must be done without breaking the budget on expensive snacks.

Western Australian entrepreneur Erin Corner came up with a solution, launching a platform that ensures kids have a different nutritious and delicious snack in their lunchbox each day. Called Bakeswap, it works much like the name suggests, allowing parents to create baking ‘circles’ through which they can plan, bake, and swap healthy lunchbox snacks for the week.

“I decided there must be a better way for parents, particularly busy parents, to create a raft of nutritious snacks for the lunchbox that their kids would actually eat. What happens in the main is people can do a sandwich and a piece of fruit, that’s easy, but that morning tea item, that’s where people usually resort to pre-made, pre-packaged things that aren’t actually good for you and are very, very expensive,” Corner said.

“I thought, wouldn’t it be better to coordinate people if all they had to do is bake one and then meet up and swap and share, then actually they would have this beautiful variety of different things, enough to last the week.”

The app works by first having users create a baking circle. The organiser can give it a name, set a day for swaps, a venue, and determine the frequency of swaps. They can then invite friends to join their circle via email, or by a discover feature. Through this, users can find people according to criteria including location, the school their kids go to, and food allergies their kids have in common.

Once a circle is created and the frequency of swaps is determined, the original organiser simply becomes a regular member of the circle and has no need to worry about continual organising. Users will receive an email reminder asking them to confirm whether or not they’re participating in that particular week’s swap. If not, clicking no will loop the user out of all reminders and notifications associated with that week’s swap. If yes, the user is asked to nominate what they’re baking for the week to ensure that five users don’t turn up with banana muffins.

The platform also has a recipe input tool, allowing users to share recipes with each other, as well as tips and other guides.

Corner, who has self funded the development of the platform, went to Perth development agency Dapper Apps to get Bakeswap built. She ran a circle among friends for twelve months to test out the platform, eventually going to sporting and other community groups and volunteering to coordinate events through Bakeswap.

The platform was officially launched to parents in the lead up to the busy back to school period in January, with Corner explaining that this is when people feel the pain of filling lunch boxes most acutely.

“There’s more than three million families doing that every day would you believe in Australia, it’s a huge market,” Corner said.

Thanks to the word-of-mouth nature of the platform, there are now around three hundred users on board across Australia, but Corner said it has been built to go global from day one.

“When we designed the recipe input tool, we built in functionality that allowed the conversion of temperatures, and you can enter ingredient measures in metric and imperial. I wanted to design this experience so that you can use it no matter where you are. Bakeswap isn’t Australian, it isn’t Perth, this is still a situation that people find themselves in around the world,” she said.

There is significant scope for the platform to grow beyond just time-poor parents sharing baked goods. As well as the community group market, which Bakeswap has delved into, it could develop into a social networking platform for amateur cooks and bakers keen to get to know other like-minded foodies, for example, while Corner believes that it could become an important resource for those dealing with different dietary conditions.

“With the whole allergy angle, we think there’s a lot of potential to help people who face these challenges, they need support, they need ideas, they need help to share the load. If you look at this whole idea of diet as a way of treating illness, the ketogenic diet for example is getting a huge amount of air time, it’s very pure but very restrictive so you can imagine that it’s a real challenge for these people to find recipes and find other people to share that load. So the site really very uniquely allows those people to make that connection,” Corner said.

A full Bakeswap membership costs $24 per year, with a free 30 day trial offered to ensure users can go through a couple of Bakeswap cycles and see how they like the process. There is also a free plan available, though this only gives users access to tips and recipes and not the circle and swap feature.

Corner has her commercial goals, of course, with an eye on a potential seed round later this year, but her main hope is that Bakeswap is able to help time-poor parents and keep kids healthy.