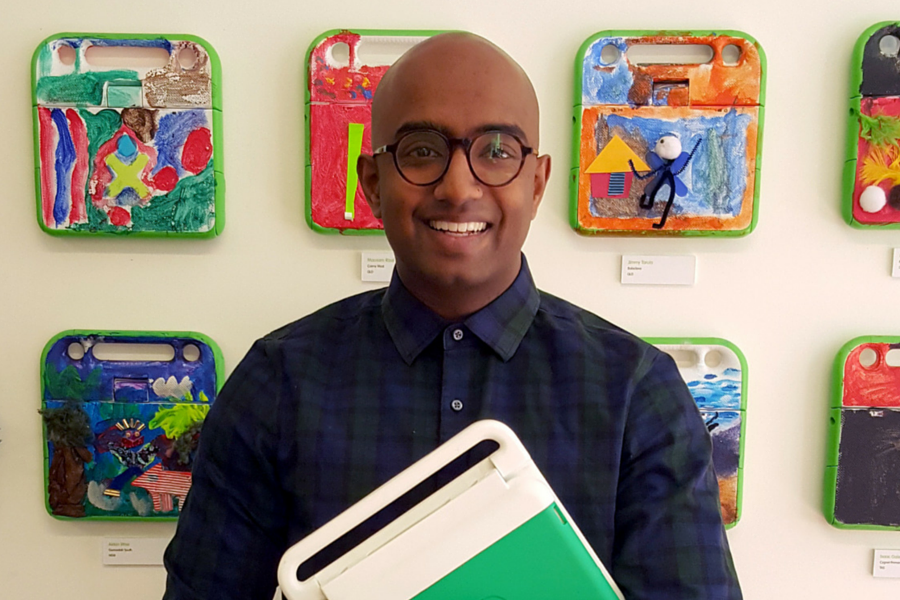 There is a fear that kids who are less fortunate and have limited exposure to technology will miss out on social and economic opportunities later in life. Technology is deeply rooted and intertwined in every facet of life not only in Australia, but around the world. The development of the next generation is happening over the internet, but what happens to those regional and remote communities where access to internet connection and top of the line computers is limited?

There are 2.4 million primary school children in Australia, with one million of those children attending schools that don’t have the equity to provide children access to laptop or desktop computers. Many of these schools are in remote areas.

Sydney startup One Education wants to bring more technology into remote schools and teach kids the importance of becoming active tech users. Founder of One Education Rangan Srikhanta believes that technology has an important role to play in classrooms and can have a transformative role in the classroom under the guidance of the right teacher.

Srikhanta took inspiration from the US model One Laptop Per Child and initially created his own spin off Australian version. The initiative was to provide children with access to quality education around the world by giving every school child access to a laptop. Before long the initiative was picked up by the Federal government who gave One Laptop per Child Australia $11.7 million for 50,000 computers.

Through this journey Srikhanta realised that it wasn’t as simple as just replicating the US model here in Australia. It’s easy to give children access to that technology but dropping and leaving isn’t a sustainable approach. One Laptop Per Child Australia learned that a quick training session and mission accomplished was not going to be a viable option.

“We felt that actually it took a lot more to distribute technology, it wasn’t just the computer, there was stuff like repairs, there was ongoing teacher training, there was who was going to maintain it, there were software upgrades,” explained Srikhanta.

There needs to be a significant shift in how technology is distributed in schools and rather than thinking that technology is there to replace teachers we need to think of computers as aids. This mentality can be changed with more cohesive tech programs that help teachers teach and children learn in and out of the classroom.

“We realised we’re actually quite different than One Laptop Per Child, that’s why we called ourselves One Education, basically,” said Srikhanta.

One Laptop Per Child Australia evolved and pivoted to improve what they were doing as an organisation, deciding to focus on a new product and program for teachers. The company went through a re-brand to become One Education, and is now in the stage of finalising their first prototype, a tablet that aims to teach students core tech skills like coding and analytical thinking. 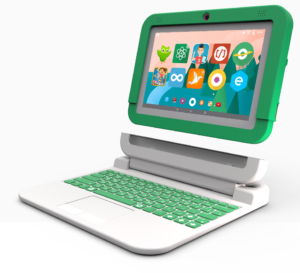 The unique laptop design is called the Infinity and is like a simpler version of the Raspberry Pi, where the whole laptop can be pulled apart into four pieces. Kids can take out the screen, camera, battery, and the core module, which includes the ram. Each component is colour coded for easy identification and can be slid out and connected back in within 40 seconds. The laptop uses the latest USB standard to connect all modules together. 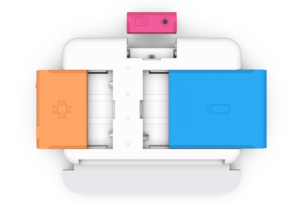 The computer is highly repairable, which makes it easily upgradeable, and is designed and developed locally. The organisation’s aim is to have the device offered to schools for $100 per child, with schools buying into the device and also the programs that come along with it. The programs are designed to help the teacher follow and record the work of students. One Education also provides a charging unit and spare parts.

“For about one hundred dollars everyone’s going to get a charging rack, and then every classroom gets a repair kit which means there are two LCD screens, eight key boards and two batteries, and we have an app where basically the kids are inspired to repair the machines. So we want the kids to take the machine apart and then they collect,” said Srikhanta.

The startup will be looking to launch into schools later this year. Its sales pitch is simple: some schools have for years been promoting the idea of kids bringing in their own laptop. While this seems like a good initiative it fails to recognise that kids who don’t have the latest technology may be subject to bullying. If one kid comes in with an Apple Tablet and another with an Aldi laptop how can a teacher build a cohesive program? One Education provides schools with cohesive sets of technology and programs that can be taught at school and followed through with at home.

The next generation needs to be tech savvy and that’s why we are seeing emerging coding programs for schools to equip kids with necessary skills for later in life. These programs are trying to incentivise teachers to prepare their students for careers in tech and innovation, sectors which are proving to be on the rise nationally and globally.

These programs however need to have a national reach and expand into regional Australian communities. One Education is trying to bridge that gap and provide schools around the country with access recent technology and teach kids how to use, fix and build their own devices.