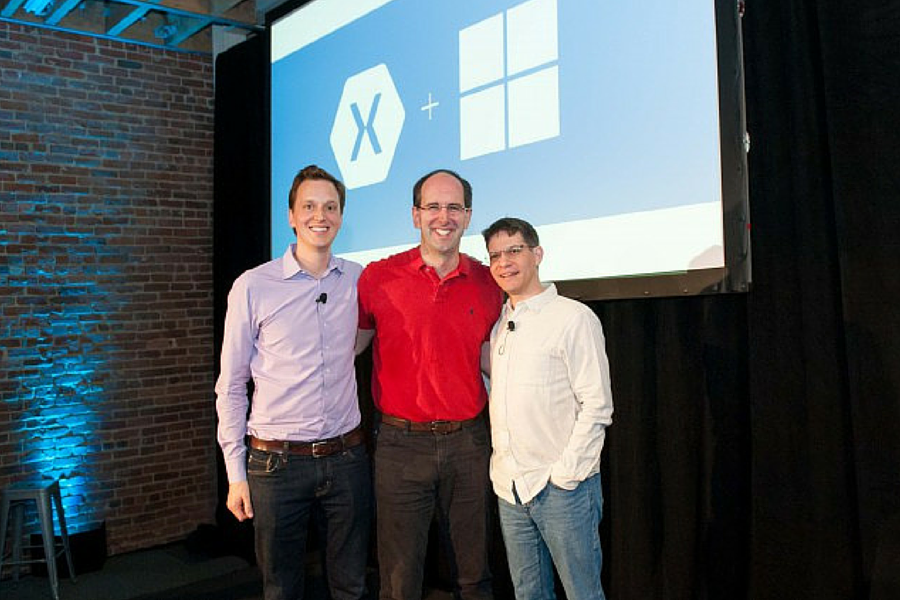 Another busy week has seen Microsoft acquire Xamarin, a platform provider for mobile app development, while Indian travel group Ibibo has raised $250 million and Southern Californian gaming technology company Razer has raised a Series C round that has put its valuation at $1.5 billion.

Apartment search platform Zumper has acquired PadMapper, a platform helping users find apartments by searching map locations. The deal closed in January, with the companies spending the last few weeks working on updating PadMapper’s web platform and mobile apps. PadMapper’s founder Eric DeMenthon wrote in a blog post, “Zumper’s actual roadmap reads very much like the wish list for making apartment hunting suck less that I’ve had banging around in my head for years. I think this combination makes it much more likely that we’ll actually pull it off. It’s been a crazy adventure so far, and I’m really excited for the next few years.”

Microsoft has announced that it is to acquire Xamarin, a platform provider for mobile app development. The two companies have worked together for quite some time already, with Microsoft building Xamarin integration into products including Office 365 and Microsoft Azure. The acquisition will allow “deeper integration and seamless mobile app dev experiences.”

Online video network BuzzMyVideos, based in London, has acqui-hired Italian startup MakeTag, which is working on interactive video technology. The acquisition will strengthen BuzzMyVideos’ tech team, with the goal to build tools to optimise online video to make the work of brands and creators easier.

Indian online travel company Ibibo has raised $250 million from African giant Naspers Group, with the funding to go towards development of its technology, and its hotel verticals. Bob van Dijk, CEO of Naspers, said, “The Indian e-commerce market, and the online travel segment in particular, offers exciting growth prospects for us as a group. With a talented, proven management team and exceptional technology, Ibibo is well positioned to benefit from an increasing number of people using online travel services going forward.”

Razer raises round of funding at valuation of $1.5 billion

TechCrunch has reported that Southern California gaming technology company has raised a substantial Series C round that puts its valuation at $1.5 billion. A part of it, $75 million, comes from the Digital Grid subsidiary of Chinese IT company Hangzhou Liaison Interactive. Razer would not disclose any other details.

Network intelligence startup ThousandEyes has raised $35 million in a Series C round led by Tenaya Capital, with participation from new investor GV and existing investors including Sequoia Capital and Sutter Hill Ventures. The funds will go towards expansion across North America and internationally.

Israeli cyber security startup Team8 has raised $23 million from new investors including AT&T, Mistui, Accenture, and existing investors including Cisco, Alcatel-Lucent, and Bessemer Venture Partners. This round brings the total raised by the startup to date to $40 million. Team8 will be working with investors such as Mitsui and Accenture on various collaborations.

Medtech company Biodesix has raised $22 million in a Series F round from existing investors. The funding, which comes after a $11 million Series E round in mid-2015, will help accelerate development of the company’s immunotherapy tests, and market its cancer diagnostics.

RealtyShares raises $20 million Series B round

RealtyShares, an online crowdfunding platform facilitating investment in real estate, has raised $20 million in a Series B round led by Union Square Ventures, with participation from existing investors Menlo Ventures and General Catalyst Partners. To date, the platform has raised over $130 million across more than 290 investments in over 1600 properties.

Appcard, which has created a loyalty app for SMEs, has raised $20 million in a Series B round led by Alexander Rittweger and PLDT Capital, with participation from existing investors Founders Fund, Innovation Endeavors and Jerry Yang.

MakeSpace raises $17.5 million Series B round

On-demand self storage startup MakeSpace has raised $17.5 million in a Series B round led by Harmony Venture Partners and Upfront Ventures, with participation from existing investors. The round, which brings the total raised by the startup to date to $30.5 million, will help MakeSpace scale its operations, grow its team, and expand into five new markets throughout the year.

MasterClass, a startup providing on-demand classes taught by celebrity instructors, has raised $15 million in a round led by New Enterprise Associates. Rick Yang, a partner at NEA, will be joining the startup’s board. The funding will go towards creating new classes that can be taught in different ways.

Southeast Asian female-focused ecommerce platforms Moxy and Bilna, which merged last month to form MoxyBilna, have raised $15 million in a funding round led by Indonesian firm Sinar Mas Digital Ventures, with participation from investors including Gobi Partners, Eduardo Saverin, and Ardent Capital. The company has now relaunched as Orami.