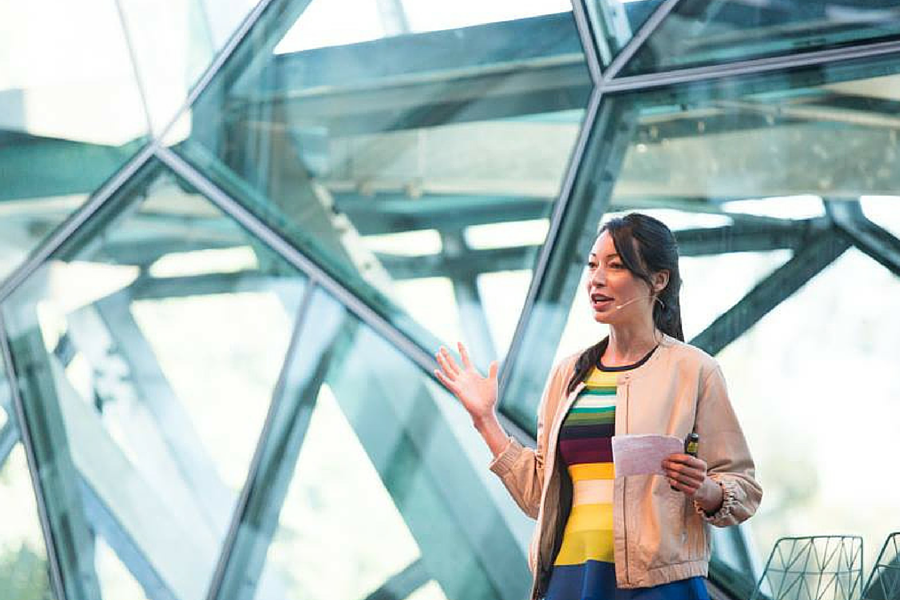 From the world’s biggest companies releasing dismal diversity statistics about their workforces to initiatives such as the Elephant in the Valley project, there has never been more awareness of the difficulties anyone who is not a straight, white male faces in tech. After years of women and minorities being sidelined, they are now fighting back with initiatives aimed at upping their representation in the industry.

One such organisation is Girls in Tech, established after founder and CEO Adriana Gascoigne herself experienced a number of difficulties during her time working at various tech companies. Her first startup job was at GUBA, where she said she experienced a couple of incidences that “were not PC, for lack of a better word.” She addressed the issues with management, who did nothing.

“It was really sad that even executive-level folks, people who have more experience than other employees, would dismiss things that really affected the validity and comfort level of myself in the environment where I’m supposed to be thriving and be challenged and excited about what I was doing,” she said.

“It was really difficult because you’re not going to do well when you’re uncomfortable and you don’t feel safe and when you can’t trust your colleagues, and especially if you can’t trust your managers. I didn’t feel like people had my back and it was a very difficult time to be able to be productive and want to give back to the company when I know they weren’t giving back to me.”

Gascoigne knew she wasn’t the only one who felt the same, so she decided to do something about it, launching Girls in Tech in 2007. The organisation is dedicated to encouraging more women to get into tech and supporting women in tech. It does so through a number of initiatives, such as its Bootcamp workshops, hackathons, its Lady Pitch Night competitions, and the Girls in Tech XChange, a cultural tech exchange program taking women from around the world to Silicon Valley.

The organisation started with a simple launch party in San Francisco, which Gascoigne said she hosted to gauge the community’s interest in such an initiative. The event brought in over 200 women working in tech.

“It was really inspiring and really neat to hear the conversations. People were exchanging numbers and sharing ideas and talking about why they love what they do. It was everything from product marketers, to engineers, to business development folk, and people were really curious about what their female counterparts were working on in the tech space.”

After this event, Gascoigne said, there was no turning back.

“As leaders in the high tech world, as entrepreneurs in the startup world, or as women aspiring to launch their own companies I wanted them to have the resources, skills, and role models to actually be able to catapult their careers and do what they love in tech while not feeling isolated.”

Just nine years later, Girls in Tech boasts 58 chapters across 33 countries, with almost 29,000 members. The organisation provides the curriculum and the programming, with each chapter customising it based on their tech ecosystem and cultural nuances. The growth of the network has allowed Girls in Tech to tap into the different situations faced by women around the world.

“It’s very interesting working with the women of the Middle East, because they’re dealing with a lot of political and social issues that we need to keep in mind when launching chapters and when deploying curriculum. At times we have to be very hush hush about it, it’s more underground because in some cultures people don’t want women to be educated,” Gascoigne said.

“We find that more of the developing countries are more focused on the educational program, the bootcamps and hackathons and the e-learning platform, and then the more developed countries like the bigger conferences, like Catalyst Conference and Lady Pitch night. They already have resources to build companies so now it’s just a matter of securing capital and show casing them and networking.”

Of course, Girls in Tech is just one of dozens of initiatives aimed at women in tech at a time when awareness around the tech world’s problems with diversity have never been greater. Companies themselves seem to be jumping on board, announcing internal and recruitment policies to bring in and keep more women, but Gascoigne worries that for many it’s no more than a PR move.

“We are creating a solution for them, a very proven solution where they can get in front of hundreds and thousands of women in tech that are hungry for these jobs, hungry to learn, hungry to grow, hungry to build the network, but it’s very difficult to work with these companies,” she said.

“Some of them are creating more policies and different recruitment tactics and different ways to entice women to work at their company, training programs, but they also need to look externally to what organisations such as Girls in Tech are doing because we tap into the sort of fresh up and coming talent that could be very useful to their company in the long term. This talent is hungry to make an impact in the company.”

However, Gascoigne has seen a number of positives after almost a decade focusing on the issue of diversity. As well as improvements in education and women themselves rising up to challenge negative stereotypes, Gascoigne said she has seen governments coming forward to support players like incubators and accelerators in the ecosystem. Australia’s is one such government, with Gascoigne last week speaking to representatives of the Prime Minister’s office about the work of Girls in Tech.

The talk preceded the official Melbourne launch of Girls in Tech at the Pause Fest conference, with Gascoigne excited about the possibilities of the Australian tech ecosystem.

With the foundations in place, Girls in Tech is looking for ambassadors to head up the new Melbourne chapter before kicking off its programs locally.

Previous article Having raised almost $700,000 on Kickstarter, Prepd is more than just a lunchbox
Next article MishGuru’s pivot saw the startup raise $500,000 and gain traction in the United States
Via Profiles
Tags adriana gascoignediversityfeaturedpause feststartupswomenwomen in tech