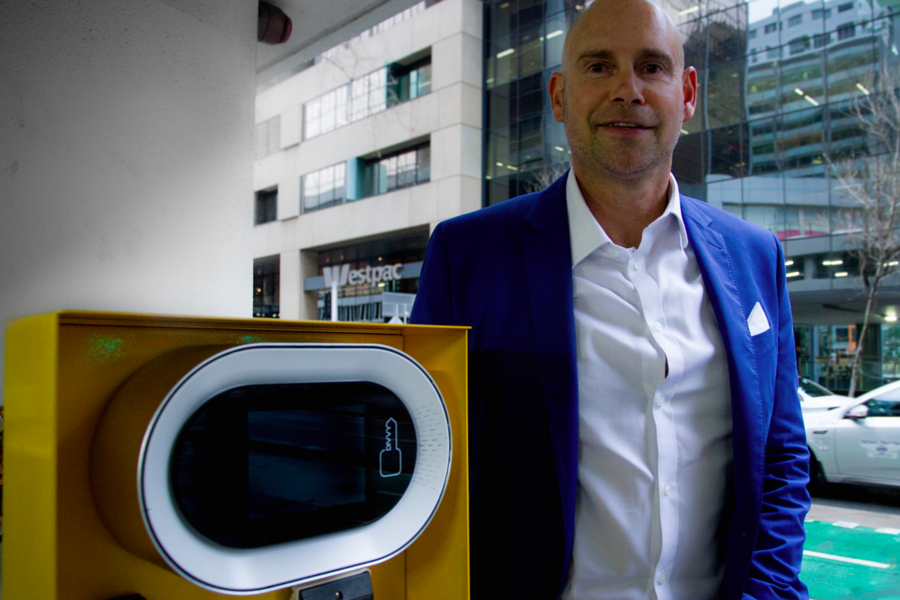 Sydney-based startup Divvy Parking, which allows individuals and businesses to lease out parking spaces to drivers, has announced the closing of a $2.5 million Series B round, and the hiring of James Simpson, Microsoft’s former head of research and development in Australia as its Chief Technology Officer and Director.

This round, which has come from undisclosed investors across Australia and Hong Kong, brings the total raised by Divvy to date since its launch in 2011 to $5.3 million. Divvy raised a $2.5 million Series A round in June last year and $300,000 in seed funding in 2013.

Nick Austin, founder and CEO of Divvy, said that the funding will go towards a national rollout, starting in Melbourne and Brisbane, after the startup conducted a successful trial across Sydney.

The startup’s mobile access technology allows customers to reserve a parking spot for the hour, the day, or the month through the Divvy app before leaving the house. They’re then given a code to be scanned upon arrival.

These spots are located in central office towers managed by commercial property groups with which Divvy has partnered; the startup’s partners include major groups Knight Frank, GPT Group, and DEXUS Property Group.

Austin said, “The demand for convenient short-term and long-term parking is only increasing amongst commuters who are pushing for a smarter, more accessible, flexible connected cities, the likes of which are already developed abroad.”

As well as commercial groups, the startup is also working with government bodies including Transport NSW, helping to implement smart solutions to ease congestion issues stemming from the closing of George Street for the construction of the light rail.

“We are now looking to capitalise on a number of opportunities that will scale Divvy globally and maintain momentum and market share in the local commercial property market.”

The startup has an eye on Asia for international expansion, with China in particular an attractive target. Austin said Divvy has been in partnership discussions with a number of large players in the Asian property market.