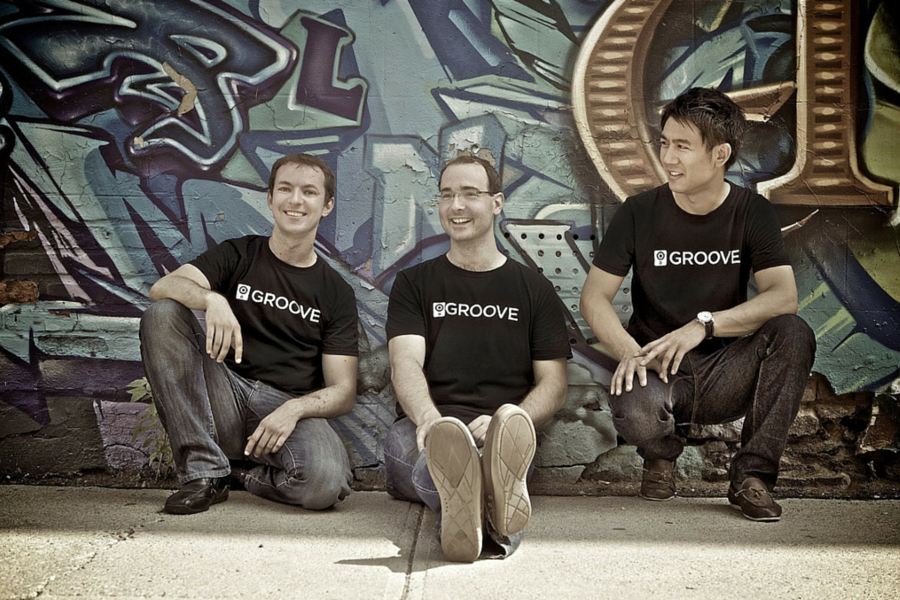 Opera Software is on the verge of being acquired by Chinese investment firms Kunlun Tech and Qihoo 360 Software for $1.2 billion after the company’s board recommended that shareholders accept the offer. Lars Boilesen, Opera CEO, said in a statement, “There is strong strategic and industrial logic to the acquisition of Opera by the Consortium. We believe that the Consortium, with its breadth of expertise and strong market position in emerging markets, will be a strong owner of Opera.” The acquisition would help Opera expand into the Chinese market, and give the Chinese firms access to the company’s rapidly growing advertising base.

Microsoft has confirmed its acquisition of Groove, a music discovery app from Montreal startup Zikera. The terms of the deal, and when it actually happened, have not been disclosed; the announcement comes several months after Microsoft changed the name of its Xbox Music app to Groove. According to the Zikera team, the Groove iOS app will no longer be available.

Time Inc has announced that it is to acquire Viant, a people-based marketing platform. According to a statement from Viant, the acquisition will accelerate Time’s strategy of activating its subscriber data across its content brands, strengthening the Time value proposition in the industry by giving marketers sophisticated targeting and measurement capabilities.

London-based dating startup Badoo has acquired Lulu, an app that allows women to ‘rate’ men. According to TechCrunch, the acquisition was a mixture of cash and stock. The acquisition will see Lulu’s founder and CEO Alexandra Chong move back to London to join Badoo as president.

Fuze, formerly ThinkingPhones, has raised $112 million in a round led by Summit Partners, with participation from existing investors Bessemer Venture Partners and Technology Crossover Ventures. The round, which brings the total raised by the startup to date to $200 million, will go towards expanding global operations and supporting investment in innovation with a focus on simplifying enterprise communications. Bruce Evans, managing director of Summit Partners, will be joining Fuze’s board.

Africa Internet Group, which owns several ecommerce marketplaces, has raised $83 million in funding from AXA Insurance, with the European firm taking an 8 percent stake in the company. According to TechCrunch, the company will use the funding to support all points of its business model aimed at expanding ecommerce services across Africa’s biggest markets. On AXA’s side, the investment will give them access to AIG’s expanding network of startups.

Student.com, a platform that helps students going to university outside their home city find accommodation, has raised $60 million in a funding round led by VY Capital, with participation from a group of investors including Horizons Ventures and Spotify’s co-founders Daniel Ek and Martin Lorentzon. The funding will go towards growing into new markets, expanding in the US, the Middle East, and Latin America, and new hires.

Yumanity Therapeutics, a company looking to transform drug discovery for neurodegenerative diseases caused by protein misfolding, with one of its biggest targets Alzheimers, has raised $45 million in a Series A round led by Fidelity Management & Research Company, with participation from investors including Redmile Group, Alexandria Venture Investments, and Biogen. The funding will help accelerate Yumanity’s research.

WorldRemit, a UK-based money transfer startup, has raised $45 million in a new financing round from TriplePoint Venture Growth BDC Corp and Silicon Valley Bank. The funding will go towards supporting the startup’s growing transfer volumes.

DataRobot raises $33 million Series B round

Machine learning automation startup DataRobot has raised $33 million in a Series B round led by New Enterprise Associates, with participation from investors including Accomplice, Intel Capital, and Recruit Strategic Partners. This round brings the total raised by the startup to date to $57 million.

Ecommerce fraud prevention company Riskified has raised $25 million in a round led by Qumra Capital, with participation from The Phoenix Insurance Company, NTT DOCOMO Ventures, and existing investors Genesis Partners and Entrée Capital. This round, which brings the total raised by the startup to date to $31 million, will go towards accelerating Riskified’s growth.

Veniam raises $22 million Series B round

Veniam, a Portuguese startup looking to bring wifi hotspots to buses and taxis, has raised $22 million in a Series B round from Verizon Ventures, Cisco Investments, and Orange Digital Ventures, among others. The funding will go towards expanding operations outside Portugal, with Singapore identified as a key expansion market.

Lantern, a mental health wellness startup, has raised $17 million in a round led by UPMC, a healthcare giant, with participation from all existing investors including Mayfield Fund, SoftTech Venture Capital, and Stanford University. UPMC will partner with Lantern to leverage its platform in a variety of settings.

Cybersecurity company Digital Shadows has raised $14 million in a Series B round led by Trinity Ventures, with participation from existing investors including Storm Ventures, TenEleven Ventures, and Passion Capital, and new investor Paladin Capital Group. Fred Wang, general partner at Trinity Ventures, will be joining the company’s board.