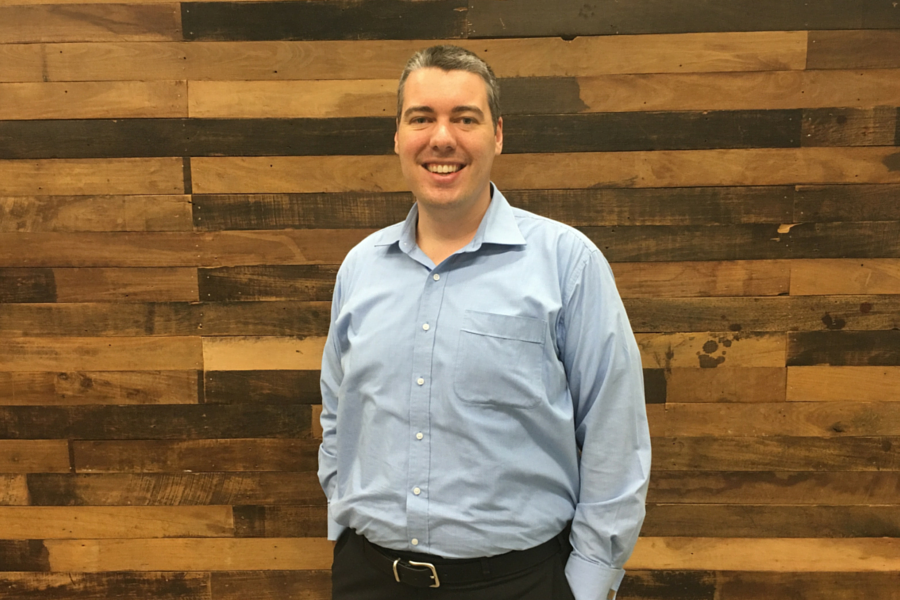 The project management market is saturated with software systems designed to make team management and engagement easy and digital. There are those that focus on short and simplistic engagement and others that offer more complex services and solutions to team communication. There are quite a few global players offering solutions and in terms of Australia the market is truly heating up.

Perth startup TeamAhoy has created a web application that gives managers a “new way” to keep everything up to date with simple project management tools. While more than $4 billion is spent worldwide on these tools, some services are far too complicated for small management teams and take out too much time from the work day to update.

“What I’ve found in my interviews with customers and my research is that around 80 percent of people we’ve spoken to are unhappy with what’s in the market right now,” says TeamAhoy founder Damian Bramanis.

TeamAhoy is focused on simplicity and ease of use to help bridge the gap between managers and employees. Bramanis says that he is focused on how digital tools can engage staff and provide transparency within the team to help people communicate and provide feedback.

How it works is simple, combining task tracking with weekly check-ins. At the start of every week TeamAhoy checks in with staff to assess their previous week and plan out their following week. It pulls all that information together to give managers a team-wide view, showing projects, risks, and employee engagement.

“It’s a way to organise your team and keep track of it all as TeamAhoy deals with automatically following up and takes away all that headache from the manager,” says Bramanis.

“As a manager, every week you see that weekly report and you can give people feedback and encourage them along the way…hen you walk into a meeting you know that you’re fully prepared, you know the status of everything happening on your team and how it’s going.” 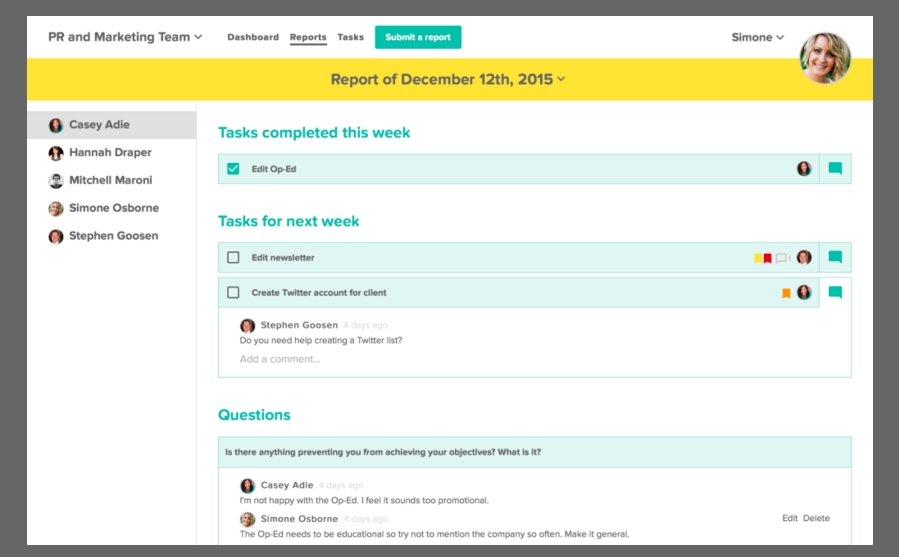 The UX and the UI are simple, and the landscape design of the team dashboard further enhances transparency. The application organises tabs into four categories – dashboards, reports, tasks and submit report – to provide a thorough overview of projects for the week. More importantly, the idea of team transparency makes individuals accountable for their own tasks and provides a way for members to give feedback, advice and suggestions to one another. Private conversations between employees and managers can also be arranged to deal head on with issues or ideas.

TeamAhoy charges $49 a month for a team of up to 10 people, with rates increasing for larger teams and businesses. The product is set up for organisations to include multiple teams within different sections or areas.

Last year TeamAhoy was part of Perth accelerator program Perth Amcom, through which they received $40,000 in seed funding. This was spent on developments and testing to improve interaction with customers. The startup was launched to the public in December last year, with the focus for the new year getting the product out there on the market and distributing it to companies and businesses around Australia.

While the design and features of TeamAhoy work in conjunction to solve work related management problems, Bramanis does have his work cut out for him and is competing with global players who believe they have already solved these issues.

Competitors like PeopleSpark, which launched last year, has raised $1 million (albeit raised from founder Mitch Harper) and reports that 98 percent of people who have used the platform complete their check-in week and week out. Instead of a landscape view like TeamAhoy, PeopleSpark calls it an organisation-wide view – same thing, different name. The tags are also similar with four categories: check-ins, reports, users and settings. Both applications have open lines of communication, just presented in different styles and formats, with some added extra features.

The similarity between project management systems has recently been a high point of discussion. Last year PeopleSpark was accused of copyright infringement by US-based company 15Five for the originality of wording used on its website. The tagline ‘Know the pulse of your team,’ is used by 15Five on their site, and was also used by PeopleSpark in its initial private testing pre-launch. Without permission, screen grabs from PeopleSpark were released to the public, causing tension between both competitors, with Harper since aiming to prove how different the products are from one another.

Harper told Startup Daily at the time, “If you compare the websites side by side you can see they are nothing alike. Also try both products, they are in the same space but totally different.”

This goes to show how many companies are looking to solve the same problem from different angles and approaches. Products working in the same space and vying for attention need to look and feel different. While competition in the Australian market hasn’t yet peaked, the global amount of software solutions doesn’t seem to be slowing down.

Bramanis believes however that his startup stands out from the crowd with two different features: one that deals with project management and the other that deals with check-ins and daily send outs.

“There aren’t any direct competitors, there’s nobody who provides the same sort of features. TeamAhoy bridges the gap between two types of software,” explains Bramanis.

But Bramanis is in direct competition with these big global players. The level of competition is palpable and the stakes are high when trying to win over companies with similar products and functions. TeamAhoy does try to point out that other products revolve around tasks, which Bramanis believes managers aren’t really interested in, instead focusing on people, but is that really an unaddressed niche in the market? PeopleSpark has already stated that its aim is to make people happier in their everyday jobs by improving culture and transparency in the workplace.

It’s people and team engagement that companies like TeamAhoy, PeopleSpark and 15Five are trying to fix. It’s become a race where startups are trying to out do one another to the smallest detail, but is that enough to sway businesses?

Since launch TeamAhoy is focused on helping one customer at a time, and is working on partnerships with companies in hopes of proving that the product is viable.

“Our focus is making it as simple and helpful and as informative as we can. Our aim is by next year to have a thousand teams on board,” says Bramanis.