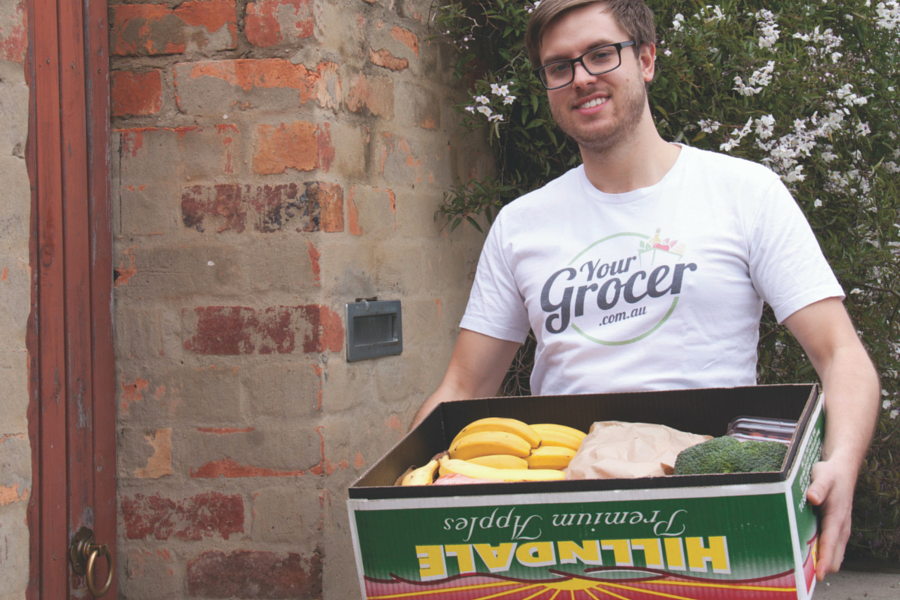 It has been another busy week for deals across the global startup landscape. IBM has acquired live streaming platfrom UStream, while the parent company of satirical news site The Onion sold a 40 percent stake to a Spanish broadcaster for $200 million. Meanwhile, China’s biggest deals platform Meituan-Dianping raised a $3.3 billion round and, closer to home, Melbourne grocery delivery startup YourGrocer raised $600,000 as it looks to further expand across Melbourne and into Sydney.

IBM has acquired live streaming platform UStream in a move that IBM states will “extend the IBM Cloud platform to help enterprise clients unlock the value of video, a rapidly-evolving digital media and data asset.”

Spotify has made two acqui-hires this week, bringing on board music discovery startup Soundwave and Cord Project, a company creating audio products for connected devices. Both teams will join Spotify’s product development organisation, where they will look to boost Spotify’s “existing strengths in developing engaging and innovative music experiences.”

European Bitcoin exchange Kraken has acquired two, exchanges Coinsetter of New York City and Canada’s Cavirtex. The company states that the acquisitions “set the stage for an immediate and significant expansion into prime North American markets”, with Kraken to fully absorb both brands in the acquisition. Client accounts of both exchanges will be automatically transferred to Kraken’s platform next week.

Univision Communications acquires 40 percent stake in The Onion for $200m

Spanish broadcaster Univision Communications has acquired a 40 percent stake in the parent company behind satirical news site The Onion, as well as sister sites including ClickHole and The A.V. Club for a reported $200 million, valuing the company at $500 million.

General Motors has acquired the technology and assets of ride hailing startup Sidecar, which shut down last year. It will also bring on around 20 Sidecar employees, though cofounder and CEO Sunil Paul will not be joining GM. The price wasn’t disclosed but is estimated to be less than the $39 million in funding the startup had raised from investors across its lifetime.

Docker, a company that has created an open platform for distributed applications, has acquired UK company Unikernel Systems, which is focused on unikernel development. A statement from Docker explained that through the integration of the two teams, Docker will have access to a wealth of deep systems, kernel and virtualization expertise, which will benefit users across the Docker platform.

Axway has acquired app development platform Appcelerator. Appcelerator cofounder Jeff Haynie wrote in a blog post, “There are lots of “flavors” of acquisitions, and not all of them care about preserving the acquired company’s culture, technologies, or team. Axway does. Not only are they keeping our offices and our entire staff, but they’re looking to expand investments in the areas most important to our customers and our developers.”

Cyber security company FireEye has acquired iSIGHT Partners, a provider of cyber threat intelligence for enterprise for $200 million in cash. The companies are working towards an intelligence-led security model.

Melbourne grocery delivery startup YourGrocer has raised $600,000 as it looks to expand its reach across Melbourne and into Sydney. The funding came from investors including Michael Doubinski, who is an investor in and adviser for Menulog, and Envato founders Collis and Cyan Ta’eed. In addition to the funding, the startup announced the addition of Emelia Jackson, a former Masterchef finalist, to its marketing team.

China’s largest group deals site Meituan-Dianping, formed through a merger between Meituan and Dianping last October, has raised $3.3 billion in a round that puts its valuation at $18 billion. The round was raised from investors including Tencent, DST Capital, TBP Capital, Baillie Gifford, and Temasek Holdings.

WeLab raises $160 million Series B round

WeLab, the operator of a number of mobile lending platforms in the Chinese market, has raised $160 million in a Series B round led by Khazanah Nasional Berhad and a consortium of international and domestic investors, including ING Bank.

Music streaming service Deezer has closed $109 million from a group of investors led by Len Blavatnik; Blavatnik’s Access Industries invested 100 million euros into the startup in 2012. The raise comes after the company’s plans to IPO fell through.

Telecom startup FreedomPop has raised $50 million in a financing round that brings its total funding to over $109 million; the startup is not revealing the name of its investor. The funding will go towards accelerating international expansion around Europe, Asia, and South America.

Application delivery solutions provider Instart Logic has raised $45 million in a Series D round led by Geodesic Capital, with participation from investors including the Stanford-StartX Fund and Harris Barton Asset Management and existing investors. The company also announced a strategic investment from Telstra Ventures, the venture arm of Aussie telco Telstra.

Citymapper raises $40 million Series B round

London public transport startup Citymapper has closed a $40 million Series B round which saw investment from Index Ventures, Benchmark Capital, and others including Yuri Milner and Tom Stafford. The startup said the funding will go towards creating the ultimate transport app.

Wireless networking startup Kumu Networks, which was spun out of Stanford University, has raised $25 million in a Series C round led by Cisco, Verizon, Deutsche Telekom, and Swisscom.

FinTech startup BlueVine has raised $40 million in a Series C round led by Menlo Ventures, with participation from Rakuten FinTech fund and existing investors including Lightspeed Venture Partners, 83NORTH, and Correlation Ventures. The funding will go towards strengthening the startup’s management, developing new features, and expansion into new verticals.

Jfrog, a startup that has created a software automation platform, has raised $50 million in a funding round from Scale Venture Partners, Battery Ventures, Vintage Investment Partners, and Qumra Capital, with participation from existing investors. The funding will be used to invest in talent and tech advancements, as well as push global expansion.

Patreon raises $30 million Series B round

Patreon, a platform which allows for creators to secure ongoing funding from fans, has raised $30 million in a Series B round led by Thrive Capital, with participation from Allen and Company, and existing investors including Charles River Ventures, Index Ventures, Accomplice, and Freestyle Capital. The funding will go towards building new tools into the platform, including analytics, better communication tools, and better reward management.

Indian food delivery startup Swiggy has raised $35 million in a Series C round led by RB Investments and Harmony Partners, with participation from investors including Norwest Venture Partners, SAIF Partners, and Accel Partners. The funding will be used to build a strong leadership team, upgrade the startup’s tech, and enhance customer experience.

Olo, a startup that has created digital ordering and delivery solutions for restaurants, has raised $40 million from The Raine Group. The funding will be used to support the startup’s growth, and to further develop its offerings.

Security startup Malwarebytes has raised $50 million from Fidelity Management and Research Company. The startup, which was bootstrapped until its $30 million Series A round in July 2014, surpassed $100 million in annualised billings in 2015.