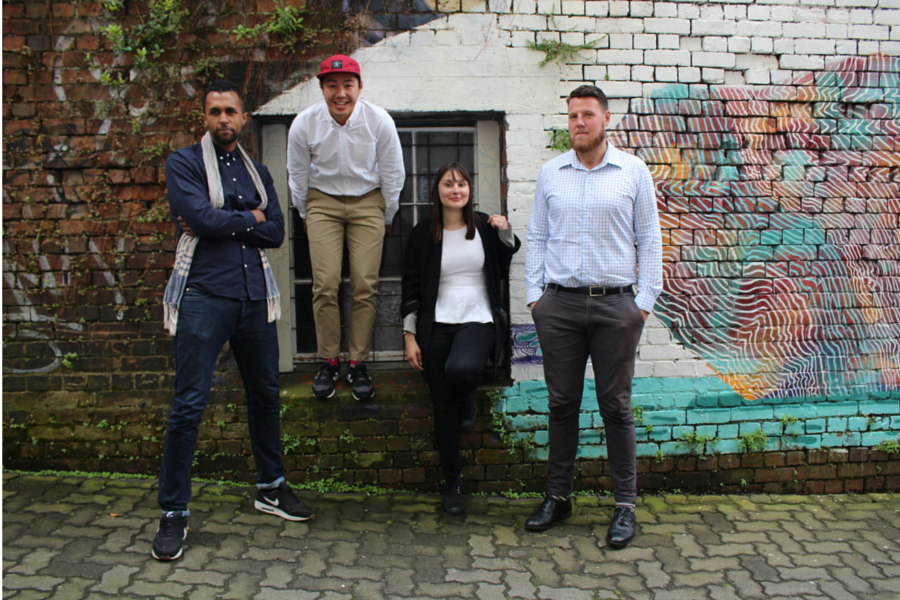 The first laws for developing and constructing your own home are quite complex and rather confusing for the average person, with documents explaining building codes often up to 50 pages long. As a result, people go to professionals who know their way around the codes and the building application process. However, that doesn’t mean it’s easy for them either.

New Zealand startup Vizbot understands that it’s 2016 and therefore high time to put these codes, and the whole building application process, online. Vizbot is a customer based web application platform predominantly for those agents who are architects, builders and property developers that apply through the local councils for building consent applications. With the platform, agents can now throw away their manuals and forms and apply for everything online.

“What our platform does is it provides greater visibility, transparency, and also guidance of the building consent application process,” said Samson Phommachack, cofounder of Vizbot.

The idea for Vizbot was born out of New Zealand’s only government tech business incubator, R9 Accelerator, a government approach that works to find and deliver solutions for business customers. Vizbot received support from a department within central government to solve the problem of simplifying building licenses and permits. After three months in the incubator program, Phommachack and his team came up with a viable product that is easily implementable in the real world.

“The brief was that it had to solve problems that real people faced, so we were looking more at the rate payers, so those who deal with specifically local governments; the equivalent in New Zealand would be councils across New Zealand, and then their regulatory services,” explained Phommachack.

The idea for the new application process was created by users, for users, co-designed by agents, architects, builders, local councils, homeowners and even computer developers who understand the current issues in the building sector. To make things easier Vizbot has designed a platform for local councils to purchase and run on their website.

Currently the biggest issues faced by people applying for building consents are the amount of different forms which must be completed and the number of times information has to be provided and sent through manually.

Phommachack explained, “What we’re trying to do is put a smart algorithm behind our platform. So when users login and create a project, if they identify that it’s a commercial build for a council in New Zealand, it will identify the types of information they will need to provide. Rather than currently going on a website and picking say three forms and expecting those forms to be the right form. A large percent of the time applications are coming in with missing information.”

New Zealand faces an increasing number of building consents across the country which is resulting in quite a large backlog of paperwork. Currently some councils don’t have an online portal, making it hard for people to track what stage they’re up to in the process. With the Vizbot platform, users will be able to track their application and also see council notes as they appear, providing them with a transparent and easy to follow process. The platform also offers a counter on the 20 days of processing to prevent any information delays, which can take up to three weeks to reprocess if it’s not approved in time.

Vizbot is one of the only startups in New Zealand trying to service council technology, the reason being that it’s very difficult to engage businesses in the traditional models, where the technology really isn’t up to scratch.

“We rely heavily on councils and council technology to be able to handle what we can offer. So what keeps us going essentially is that ability to change perception and also for them to accept that technology is changing and we’re looking to do that,” said Phommachack.

“The reason why we’re continuing on despite the barriers that we’re facing day to day, especially when it’s to do with government, is that technology in local councils, especially in New Zealand is still very poor. They’re legacy systems, so they’re still about a decade or two old. Our time within local councils in New Zealand is that there’s a need for change and it needs to happen now.”

The Vizbot platform was pitched in June last year at the R9 accelerator program and is still in the pilot phase of testing. They have proven the product’s viability and demand through winning the People’s Choice Awards in 2015 and announced only last week that they have been accepted as a contender for Startup Alley’s Webstock 2016. They will pitch at the event in February, where they hope to complete their pilot to eventually sell it as a solution to all parties involved in the consent application process.

In terms of competition Vizbot believe that they are the youngest company trying to service council technology; second to them are 25 year old companies that still work from age old traditions. Vizbot is a customer focused platform that targets rate-payers, whereas competitors are very much focused on council deliverables and incremental improvements. The key difference with Vizbot is that their system aims to revolutionise how building consent applications are received, processed and held within councils.

“We’ve done a bit of research on this with councils as well and they’ve been reflecting this view back to us, which is that we’re trying to solve a real problem and we’re trying to do it using modern technology, so that validates it for us,” said Phommachack.

The main focus for Vizbot is to secure more funding for the next 12 months which will allow them to continue operating in the consent environment that, as it stands is, very slow and technologically outdated.

“For a startup looking to get into it there’s a big barrier of time and we need to be able to survive that period of waiting. We do have things in the works, if funding is secured too and people are watching out for what we’re doing,” said Phommachack.