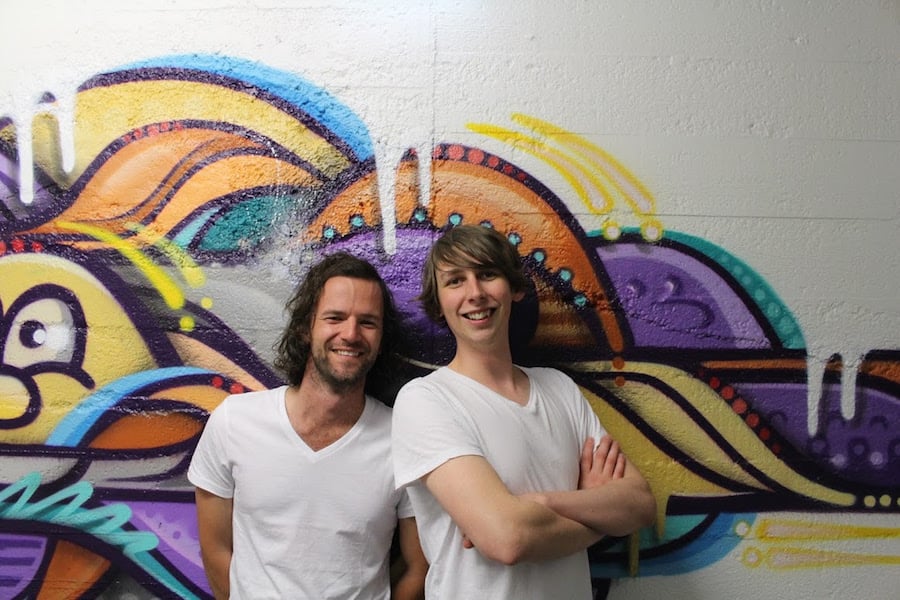 There are a number of exciting technologies that are becoming more accessible by mainstream society these days; Virtual Reality (VR) and 3D Printing are two that really started to hit their stride in 2015. Another emerging technology set to join that list is hologram.

The hologram uses the reflective capabilities of perspex, set to a 45 degree angle against a light source, to make an image appear to float in space. It can be scaled for use on devices from mobile phones to industrial projectors. Rodda says that the holographic gaming platform is a world first because it allows people to interact with education and products in a 3D space as though they are playing a game.

‘‘However this is no ordinary game, this game solves real problems, teaches and inspires in a holographic way that is engaging,” says Rodda. “It’s like a lifelike Minecraft in which you can build Lego and customisable products, live in a 3D space. Customers can literally engage, learn and connect with brands and products through simply playing. The possibilities are endless.”

The two cofounders met at Wellington-based coworking space BizDojo, which is also the new home of Collider, a Wellington City Council supported programme of events designed for fast-growth ideas and companies. It was during one of these events that Rodda and Mather realised that, combined, they had the skills to create an interactive, customisable hologram that uses gamification to bring stories to life.

HoloSpace is literally a hologram through which you can custom build your own products and be taken on an educational journey when you look to buy a product. One of the applications the founders are pushing to use it for is in the building out of life sized vehicles at site dealerships where the vehicles are literally holograms in which you can sit down, play with a touch screen computer and do things like change the wheels, lower the car, choose the paint colours, tint the windows, change the sides, and even the accessories that the car company has available.

Other sectors where the technology can be used includes real estate, retail, advertising, and even conferences.

“We’ve been approached by real estate developers that want to animate their off-the-plan buildings, so they can literally sell them with holograms,” says Rodda. “[Also], places like shoe companies, so you can customise your shoes. Advertisers and billboard companies are speaking to us about building customer experiences at airports and billboards. I’ve even had a call from Hollywood and they want to do something with some celebrities in the area of voice overs and the explanation of products.”

“We’re sort of not that restricted, we could literally go into products like watches and phones, because it’s not just the customisation of the product that our technology can be used for, it’s also the person who’s endorsing it, it’s an educational element and the person can be like a sales person and talk about the product.”

Basically, that means that if you are in a store using HoloSpace to design and choose your own golf club, you could literally have Tiger Woods standing there talking about the golf club and golf in general as part of the hologram experience, and take the club out of his hand and customise it and order it on the spot.

Rodda says that you will even be able to have live holograms of people as part of an interactive experience as well.

At the moment the startup is completely bootstrapped with no plans to raise money in the immediate future, instead using existing cashflow to fund its R&D and a licensing model for the HoloSpace product. However, that’s not to say they may not raise funds down the track.

“We’re interested in raising money,” says Rodda. “However, we’re already self-sufficient, so at the moment we’ve got a team of five of us that are making enough money to get by and to have money for R&D, and at the same time manage clients. We certainly want to scale, so we are open to investment and we are keen to talk to anyone that’s interested in that.”