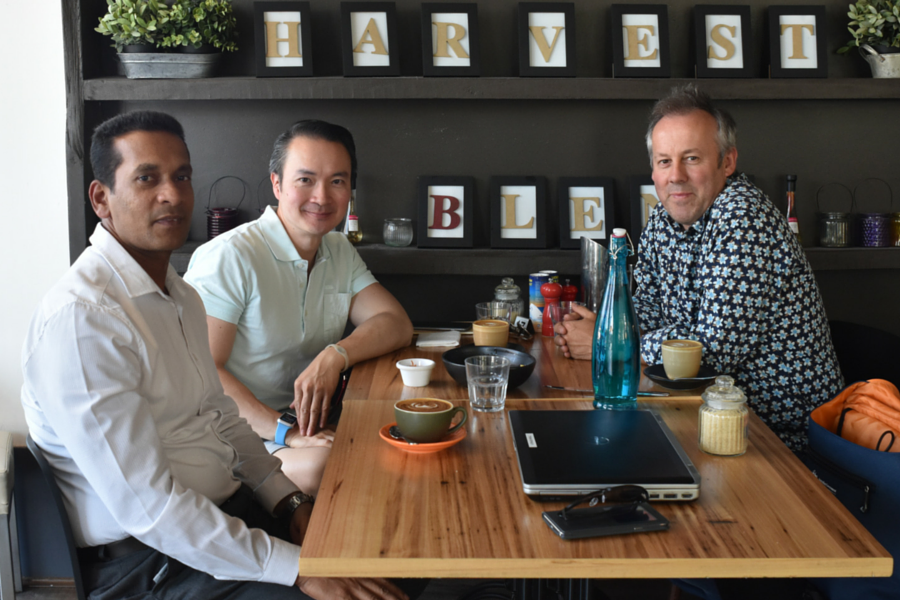 Every ten minutes an Australian will have a stroke, which costs the economy upwards of $5 billion each and every year. Many cases are debilitating and require full time care, monitoring and rehabilitation. The quality of care in Australia is poor to say the least and leaves thousands of Australians with an unnecessary disability.

Last year Acute Services Audit launched at the Royal Melbourne hospital revealed that patients in treatment and care for stroke were still being denied the best practice care in Australia. Due to the high cost of treatment only the top 10 percent of patients benefit from rehabilitation therapy. The barrier to treatment is purely money and places a heavy financial burden on families.

Melbourne based startup Advance User Interface (AUI) Labs has created a stroke patient app called Continuum that lowers the cost of therapy, opening care up to 90 percent of patients instead of the dismal 10 percent that treatment currently targets. It uses cloud based technology, gamification and a wearable sensor armband that records data and monitors changes.

“Stroke rehabilitation is very hard, it’s painful and it’s one of those things where what’s the upside? It’s difficult to do and it shows little reward,” said cofounder of Continuum, Damian Heffernan.

Previously machines used to measure electromagnetic pulses in muscles come at a hefty price of $100,000. The treatment requires a hospital visit and because of the impact the needles have on patients the machine is not used very often.

Heffernan and his team have worked with some of the leading rehabilitation specialists in Australia to create a solution that will lead to better outcomes for stroke patients worldwide. Their main focus is on health specific apps with a primary interest on augmented and virtual reality that exists within the latest technology. They work with this technology to determine a way it can be applied to existing problems in the healthcare space.

“We use cutting edge technology to make real difference in people’s lives,” says Heffernan. “I’ve got some contacts in teaching hospitals and I’ve kept my ears to the ground for particular technologies that would make a difference.”

Last year AUI Labs stumbled across a gesture control armband that was launched and put out into the open source community. The company who produced the product had a limited view as to what the technology could be used for, demonstrating the armband as a motion sensor for powerpoint presentations and access to iTunes via bluetooth. Heffernan saw that this technology had an even greater potential and could be applied to analytics and big data to benefit the healthcare sector.

“Suddenly we’ve got a consumer grade technology that will replace a very expensive set of hospital gear and let’s see what we can do with using data and analytics and cloud based platforms to activate that,” said Heffernan.

Stroke patients have very limited ability making it hard to detect improvement and they require sensitive and highly expensive hospital equipment for specialised treatment. The gesture armband breaks a $100,000 piece of machinery into a $150 band that does everything the machine does and more. The armband has been built into a cloud platform that works in relation with the Continuum app, using gamification treatment techniques.

“We’re using gamification to visually show them their improvement and track it over time and the other thing is that they don’t have to be in the hospital, they can be as an outpatient but their therapist can still track them because it’s all cloud based,” explained Heffernan.

Simple games that are highly visual and colourful help patients work on their physical and cognitive problems. The sensor armband fits on like a watch and detects movement in a patients muscles, where each movement is initiated by a set of specifically designed games located on the Continuum app. For example one of the games is a jumping game that is visually presented through colours and sounds as only big changes can be detected in severely disabled individuals. The game appears with a man running on an endless treadmill and patients flex their knuckles upward off the table to make the man jump. The little man jumps over stacked blocks and the more blocks a person jumps over the higher the score they reach. The armband records data back to a smartphone device, tablet or laptop where therapists can receive instant feedback on their performance levels. Each time the game is replayed a ghost representation of the previous performance appears on screen to show the level of difference and real time improvements.

This technology does not exist in hospitals and gamification has never been trialled on stroke patients. The Continuum app allows individuals to be an outpatient and continue exercises at home as their therapist can keep track of them as the technology is all cloud based.

“There is nothing at all like this. The armband that we are using was launched a year ago and we have beta versions of it that we were testing. Also with the gamification of treatment we haven’t found anything like that either, as far as I know it’s a world first,” said Heffernan.

The app is mobile and is compatible with all platforms including iOS and Android, making it laptop and smartphone friendly. The therapist has a web based interface where they can log in and access graphs, data and charts from their patients. All the data is fed into a cloud based analytics platform making it fast and cheap to run.

Currently the Continuum is on an eight week trial on 10 stroke patients who are testing out six games using the sensor armband. A team of PhD students from the University of Canberra are monitoring the patients to evaluate whether they show improvement over time. If the trial is successful the AUI Labs team will have approval to conduct a full trial where they will build out all of their games and launch into hospitals around Australia.

Through speaking with therapists, doctors and nurses Heffernan discovered that the healthcare industry lacks a high level of knowledge around technology and cloud platforms. Heffernan recalls that when the Continuum app was first pitched to Australia’s leading stroke patient rehabilitation centre, “therapists had never heard anything like big data or analytics or gesture controlled armbands, so this is very exciting and foreign to them, because they’re in an existing healthcare system.”

“We were able to present them a solution that was really cheap, in fact it’s free. So the app that we’re giving to these guys is free because it costs us virtually nothing to roll it out,” he said.

After the eight week trial, which will finish in March the team are going to bring in the Melbourne teaching hospital to expand to 50 stroke patients for the next phase. They will be seeking a series A funding round to launch and expand the app globally. The results from the trials will be published by one of Australia’s leading rehabilitation therapists and a worldwide respected expert.

Continuum is an Australian invention and a Melbourne based initiative that has worldwide potential. Heffernan and his team are bridging that gap between what hospitals need and what university teaching hospitals need with this consumer technology to increase patient care and the use of big data and analytics in the healthcare sector. Heffernan sees a bright future for the app and believes it has the ability to change the way not only Australia rehabilitate stroke patients, but also the world.

Previous article Designing the right product, for the right people, at the right time.
Next article Fundacity releases report on regional startup accelerators, some critical data is missing though
Via Profiles
Tags continuumfeaturedMelbournestartupstroke rehabilitation