Is the lean startup dead? 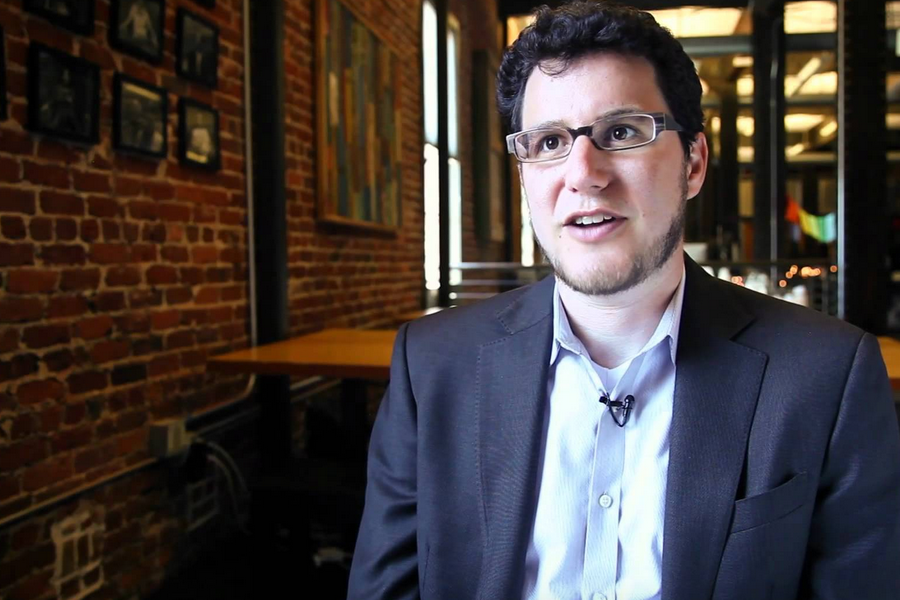 There has been a lot of hype around The Lean Startup in Australia. Startup accelerators not just in Australia but around the world treat this methodology as gospel. For startup accelerators using this in their current programs, I question whether they are doing enough for entrepreneurs. Anyone can just pick up the book, read it, and start implementing these strategies, so why do startup founders need accelerators? Have accelerators lost their way?

Y Combinator emphasizes a lot of importance on weekly dinners, networking, and inviting guest speakers to speak. In this way, founders learn what is generally omitted from public talks, gaining inside knowledge face to face.

It wasn’t until I began my side project Shushnote that I started to dig deeper and to question: is the lean startup always correct?

It is well known that Ben Silbermann from Pinterest said that he was grateful that he didn’t read The Lean Startup, and that if he did he would never have created Pinterest. Even though The Lean Startup is supposed to prevent startups from minimizing mistakes, it may also prohibit creativity.

Eric Ries, the author of The Lean Startup, admitted that his theory was developed for startups particularly in San Francisco, and may not work for places outside of the United States. Ries has also said that the lean methodology probably wouldn’t work for startups like Facebook or Uber.

Definitions: MVP vs MLP vs MDP

MVP: “A minimum viable product is that a version of a new product which allows a team to collect the maximum amount of validated learning about customers with the least effort.” (Eric Ries via Leanstack)

MLP: The Minimum Loveable Product is “a product that people love and that can be built in a short amount of time, because that’s simply what the MVP tries to accomplish.” (Appreneur)

MDP: “A minimum desirable product would focus primarily on whether or not you are providing an insanely great product experience and creating value for the end user. “ (Andrew Chen)

Even in Australia, I still hear the word MVP thrown around like it’s a buzz word, while already slight variations on the lean startup theory have emerged with MLP & MDP. There are some important things to think about: is Australia a leader in startup theory? Is Australia up-to-date with startup trends? Or is Australia lagging behind?

Sean Ellis, founder of Qualaroo and GrowthHackers, uses a quick test when considering building a new project called the 40 percent rule. If 40 percent of surveyed users say “they could not live without it,” then you have a product or feature that uses really want.

AppSumo founder Noah Kagan likes to spend as little money as possible and validate fast. After he wasted too much time on AB testing, one of his friends gave him that ah-ha moment, telling him to validate that people actually wanted this thing. Kagan decided to run a test to see if he could get 200 people to pay for Appsumo. He did this with ease: step one was to discover where his users hang out online. He decided on Reddit, and set up partnership deals with Reddit and Imgur to sell an Imgur Pro account specially discounted for Reddit fans. Appsumo was born.

The Different Types of Startup Approaches

The Niche Segmented Approach:
Sam Altman from Y Combinator suggests building a product for a small group within a large group. Facebook, YouTube, and Quora are great examples of this. Facebook started off at one college. YouTube was built for musicians and leveraged the success of MySpace. Quora focused on VCs and angel investors in San Francisco. The one thing they all have in common? They started off in a small market within a big market, and expanded. If they went for the big market too early, they would have likely failed.

The Lean Startup Approach:
The test, measure, and build method. Buffer tested everything. Ranging from their value proposition, layout, and even pricing, all before they even started to build their product. From their rigorous testing, they discovered not only that users were willing to pay for Buffer but also the average price. It all started off with testing a landing page.

The Community Approach:
Build a community around your product. ProductHunt started off as an email-sharing tool using Linkydink. Ryan Hoover invited 70 of his closest tech friends that he thought might be interested to use this and then asked friends to invite some of their friends. He grew the community from within, creating loyal brand advocates. The true essence of Product Hunt is community-centered with PH chapters around the world, including Sydney.

The Early-Stage Marketing Approach:
Mint used content marketing to create brand awareness eight months before the launch of their product. Mint happened to notice that most of the blogs on personal money management were poorly written, or were not personal. In a very short time, Mint rose to become the number one blog in this space and sold for $170 million after just two years.

The MVP Approach:
AngelList actually failed when they originally built their product, but that didn’t stop them. The team went back to the drawing board and started off with an email mail-out to investors, which was their MVP. David S. Rose, CEO of Gust and Rose Ventures shares more insight to the founding of AngelList on Quora.

The Influencer Approach:
Mangoplate, a South Korean startup similar to Yelp, identified one very influential food blogger in Seoul, met with them in person, got feedback and built their app for them. When it came time to their product launch, the food blogger blogged about their product launch and Mangoplate instantly got thousands of sign ups. Mangoplate is one of the flagship startups for the Korean accelerator program SparkLabs.

The Change-The-World Approach:
A vision that is so strong and big that it brings people together to support it. Elon Musk from SpaceX and Tesla is perhaps the perfect example. Products like these have the tendency to create evangelists.

The Outsourced Approach:
Alex Turnbull, founder of GrooveHQ, couldn’t bring on board a technical cofounder and decided to outsource his startup and turn his idea into a business. Guess what, it worked, going against the investor philosophy that you need a technical cofounder. You can view their journey to $500K in monthly revenue here (but you will need to sign up).

The Copycat Approach:
Since nobody likes to be ‘flagged’ as a copycat, I’ll leave out examples and analyse what’s going on here instead. This strategy is two-fold. Startups copy an existing product on the market, already knowing that it has been validated and add-in their own minor tweaks. Quite often, startups that use this approach are looking to be purchased by the market leader (exit). They develop their product for a local market with the hope of being acquired. The main drawback is lack of team inspiration, since it is nothing either new nor exciting.

The Product Differentiated Approach:
I had the pleasure of listening to Collis Ta’eed speak about Envato’s differentiated approach at Sydney Startup Grind. When one of their main competitors did one thing, Envato did the complete opposite. It turns out that Collis was right, and Envato now has over 6 million community members. It was also the led the charge among Australian startups in publicly releasing its gender diversity numbers.

The TV Advertising Approach:
The South Korean startup, Yogiyo a Korean online-food ordering site, did something unusual from the startup norm by creating TV advertisements. Ludolf Ebner-Chung entered the food market late and noticed that they were behind their competitors. In order to reach the public mass at scale, Ludolf created catchy TV food advertisements to be shown around dinnertime, right when people were hungry and thinking about food. You can view one of their cutesy advertisements here in Korean – a must see, showcasing the difference on how TV advertisements differ from Korea to Australia.

The User-Experience Approach:
Wufoo wanted to focus on building relationships with their users – not just any kind of relationship, but how they work in the real world – and make it hands down easy to use. They adopted the Japanese philosophy of miryokutei hinshitsu (granted quality) and atarimae hinshitsu (enchanting quality) by doing simple quirky things like adding in a RARRR sound over the Wufoo login link to create an amazing user experience.

What you may already notice is that often startups never quite make it into one of these categories alone, but they tend to take different aspects and merge them together, kind of like startup soup for the soul. Take ProductHunt for instance: it used the copycat approach (Reddit & Hacker News), the influencer approach (Hiten Shah), and the MVP approach (Linkydink). Blending different strategies allows for greater flexibility, unlike following the lean startup principles word-for-word like some lean advocates do.

With my new project Shushnote, lean startup theory suggests to create a landing page, test it and validate whether users really want your service or not. I am opting for a slightly different blended approach by launching Shushnote as a stealth project while also using some lean startup practices, like discovering your users and building it for them. I’m a big believer of early stage startup marketing and I’ll be transparent about our plans.

Shushnote started in December 2015. So far, the landing page has attracted 31 sign ups. Our goal is to get 100K sign ups pre-launch by July 2016. We may or may not achieve this, but it is important to set goals and work towards them nonetheless.

We’re doing something a little bit different at Shushnote by adopting a movie-like PR launch campaign, similar to what the Blairwitch Project did. I actually got this idea from the book The $100 startup. Every month the landing page will change, reading like a storyboard, leaking small tidbits of information about what we do, without giving it all away.

At present, Shushnote is looking for three to four influential people to build our product for, like Hugh Jackman or Clover Moore for example. The landing page is still so new that the blog is in the process of being designed. For the Shushnote blog, I will be sharing secrets that I have learned along my startup journey from Seoul to Sydney, including things like How to share content to 50 locations in less than 2 minutes – and, how to get on the front page of Angel List. If this interests you, you can sign up here.

Instead of using The Lean Startup as the only way to build, Australian startups and accelerators should be looking instead to take different aspects of different approaches and develop a solution that works best for them, and incorporate weekly dinners with guest speakers, similar to the Y Combinator program.

I believe The Lean Startup is a great book and the comments mentioned in this post are intended to induce thought-led discussion on how the Australian startup ecosystem has been shaped, and how it may change. Please share your thoughts.

Luke is the Founder of Shushnote, and an expert in early-stage startup marketing.