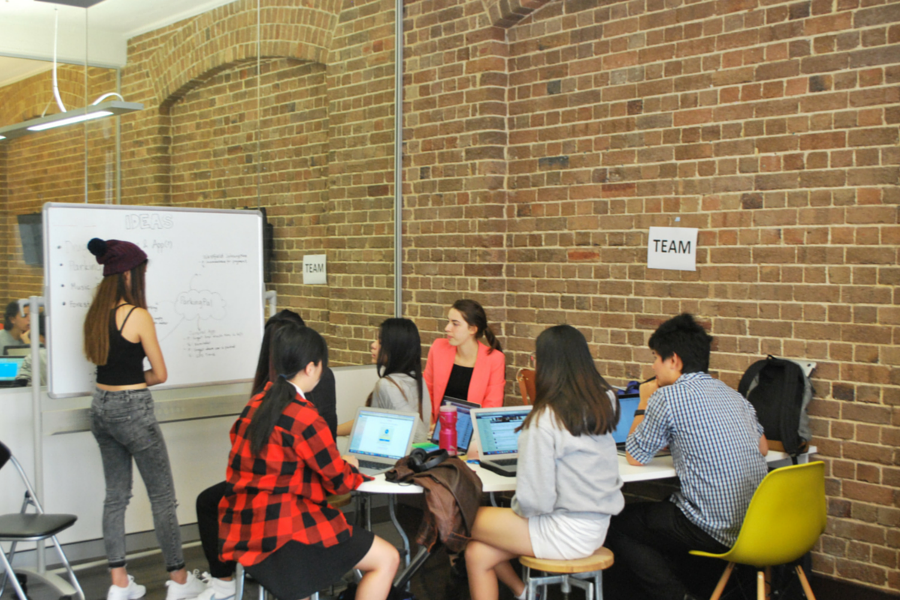 The learning curriculum in high school has for years focused on the basic three of English, Maths and Science, with the likes of art, music, and sport taking a back seat. It’s hard for any other subject to scale as high as the core subjects in end of year 12 exams, which are viewed as vital to our education. But with evolving technology and, more recently, the Government’s ideas boom, a reshuffle of subjects is in order.

Teachers recognise that teaching kids how to turn on a computer is not really something Generation Y needs to know and are introducing more complex classes like coding to their schools. Last week Code the Future announced an initiative to get 10,000 Australian school students coding by the end of the year, which coincides with the recent endorsement of the new Digital Technologies subject that is to be introduced into the Australian Curriculum this year.

Generation Entrepreneur is yet another edutech startup looking to get students interested in technology. It aims to educate high school students on entrepreneurship and teach them that it is indeed a viable option after year 12, and is looking to do so through hackathons.

“One of the big problems we feel currently exists in the education system is that not many high school students understand that entrepreneurship is a viable option that they can undertake after high school,” said Alex Luo, cofounder of Generation Entrepreneur.

“We were a little disillusioned with the current education system in the sense that we didn’t feel that there were a lot of options open to us. Students need to be more aware of observation and the opportunities that can come from entrepreneurship,” he said.

Recent high school graduates themselves, Alex Luo and Victor Zhang launched Generation Entrepreneur in 2014 when they were still in year 11. Together the students held an event at their school, Baulkham Hills High, where they brought in entrepreneurs to give students advice and education on potential options after the HSC. After a while, however, Luo and Zhang saw the event as more of a classroom lesson and students quickly lost interest. Since then Generation Entrepreneur has pivoted their idea to create INITIATE 48, a high school hackathon event.

“We went to Startup Weekend Sydney last year and that was really fantastic. My cofounder and I realised just how much we learned during those few days at the hackathon, and that really sparked our idea that this would be a great thing to bring to high school students as well,” explained Luo.

The third INITIATE 48 hackathon was held at BlueChilli this past weekend, with the organisation sponsoring the event alongside Fishburners, General Assembly, Oneflare, Project Academy, Intersective and Coder Factory.

INITIATE 48 had high school students spend 48 hours turning their ideas into real businesses with the help and guidance of mentors and judges. Luo explained that Generation Entrepreneur wanted to create a program where high school students could learn more about entrepreneurship and gain access to resources and mentors who can provide real life experiences.

The winner of the event was GameAlly, a social network platform for gamers. Coming in second was Healthiest Me, an app that gamifies healthy eating. The judges on the day included Sebastien Eckersley-Maslin, CEO of BlueChilli; Garry Visontay, partner at The Sydney Seed Fund; and Andrew Brough, executive director at Foundation of Young Australians. Mentors included Nicole Kersh, Alvin Tolentino, Monica Wulff, and Steve Macdonald.

“There was a real buzz during the final night as our attendees reflected upon what they achieved in just 48 hours. With 17 startups being built during this period of time, everyone said the experience gave them the confidence, knowledge and connections to further explore entrepreneurship in the future. The BlueChilli staff also said that this was the loudest hackathon they’ve ever hosted as over 100 high school students created an electrifying atmosphere over the 48 hours,” he said.

With Generation Entrepreneur already counting over 500 school students as members, Luo said the startup’s 2016 plans centre on scaling. They will be looking to secure partnerships and funding to build high school students into influencers, innovators, and changemakers.