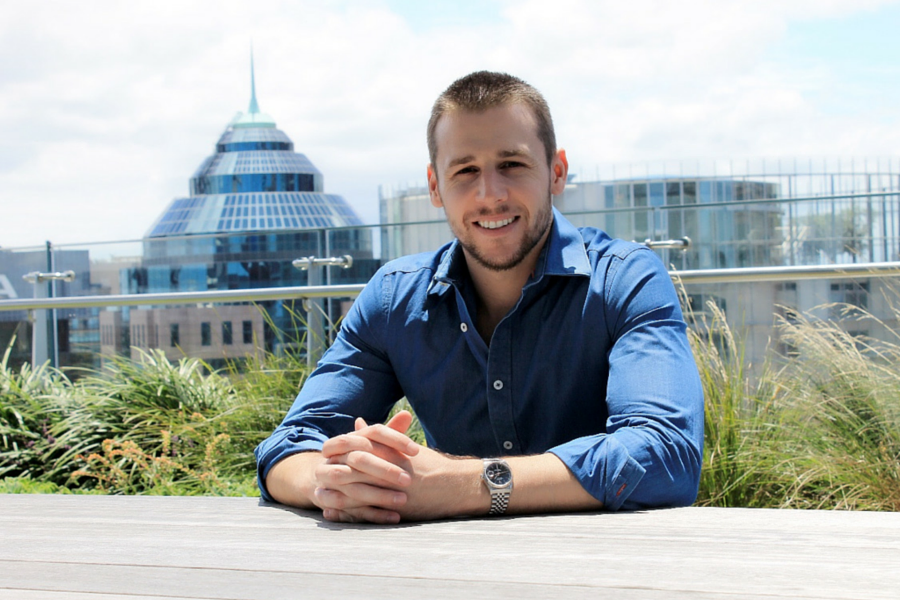 Put your hand up if you’ve used the phone in a hotel room more than a dozen times. They are often clunky, confusing to use and, worst of all, expensive. Beyond phoning in for room service, hotel room phones today have never quite seemed to live up to their 80s heyday.

But Australian startup HeyFone believes they’re not done just yet – they just need a major revamp, that’s all. The startup, led by founder Brad Byrne, has created a customised smartphone solution for hotels.

It allows for hotels to equip their rooms with a smartphone that is fully integrated into their backend system, making it easier than ever for guests to order room service, wake up calls, cars, and any other service and have it charged direct to their account. It also gives guests unlimited internet and local and international calling access, and comes complete with integrated city maps and suggestions on things to do. Hotels can either have them waiting in each room or hand them out to guests upon check in, with all internet, calls, and other associated costs incorporated into the price of their stay.

As the phone can be taken out of the hotel, it helps take away that stress that many of us develop when we’re faced with the task of sightseeing a city that we don’t know our way around without international roaming access on our smartphones. Accidentally got lost? No matter, just bring up the integrated city map or call the hotel for assistance.

Byrne said the idea simply came to him after all the business travel he was doing.

“One of the big challenges is the high cost of data roaming. I mean, you really need a second mortgage to be able to pay for your phone bill when you’re overseas, so this pretty much removes that challenge for the hotel guests. I thought that there has to be a better way for hotel guests to get around the city, and use internet and common apps like Facebook and things like that when they travel,” he said.

Byrne began work on developing the idea in late 2014, registering the company last July. The system was then taken on by a number of hotels for a testing program across the busy Christmas and New Year period.

Despite the cost of equipping rooms with smartphones and the cost of covering internet and calling access, Byrne said there are also significant benefits for the hotels in implementing the system, with HeyFone having a powerful back end marketing and analytics platform that can help hotels understand what it is their guests are using and enjoying and what services are being left out in the cold.

“The guests can communicate with reception through an integrated messaging system. It also has a video calling function as well. So it’s really moving, shifting everything from how they would traditionally offer those sort of concierge services, to be more on the actual platform itself,” Byrne explained.

The system can also help drive revenue, with hotels able to push out promotions and deals for their restaurants and bars to guests. HeyFone has also partnered with a global travel company to offer guests discounts on activities through the system.

As it currently stands, Byrne said he will look to sell the HeyFone system as an ‘all you can eat’ package, with hotels paying a daily rate for each of the phones they have in the hotels.

With hotels already on board for trials, the opportunities for HeyFone as one of the first companies in this space are huge. Perhaps the closest system to it is one currently being implemented by chains such as Hilton and Marriott in the US, which allow guests to use their smartphone as their room key. These systems, which will be available only to guests who book online through the hotel itself, will allow guests to bypass check in and go straight up to their room while, for their part, hotels will be able to collect valuable data about the traffic patterns of their guests. Still, while it’s handy, this solution doesn’t solve the roaming problem, and it’s here that HeyFone will prove popular.

Byrne has built the system in English, Chinese, and Japanese with a view to expand the business into the huge Asian market over the next 12 months, focusing on Japan in particular.