Fundacity releases report on regional startup accelerators, some critical data is missing though 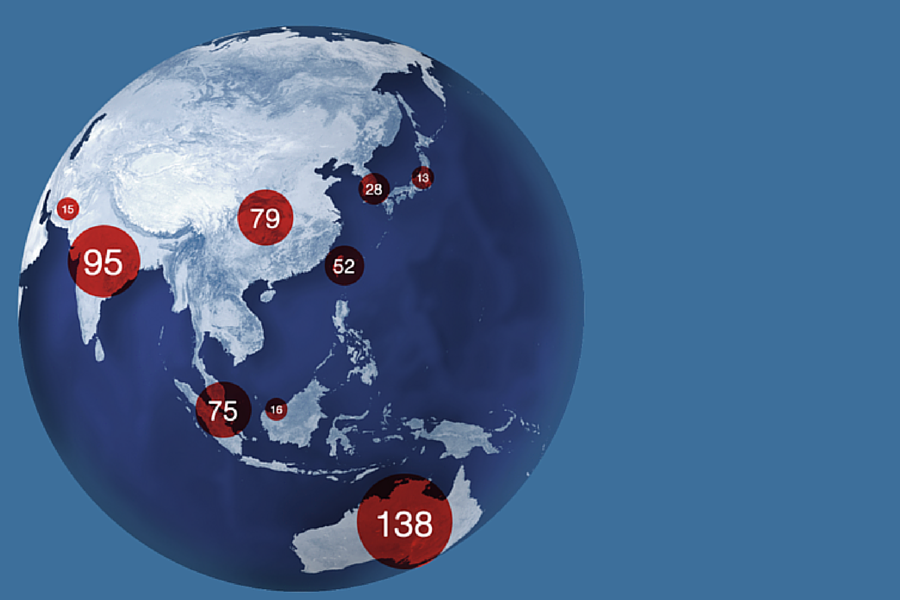 In the last week of 2015, Fundacity, a platform that connects startups and accelerators globally released a report on the activities of accelerator programs within the Asian and Oceania region. Though most of the data to produce this report was based on information collected during 2014 which will now serve as the baseline for all future reports by the company.

Before I talk about what is missing, it is important to note that during the compilation and research phase of this report being put together Fundacity did reach out to Startup Daily to ask to be pointed towards local accelerator programs.

Incubators were excluded from the report and out of the 72 accelerators contacted 61 participated in the survey that was used to collect the data.

The research conducted by Fundacity found that the total investment into startups across the region by accelerator programs was $9, 224, 874 (the amount of cash actually invested in 2014).

Australia was by far the most active country when it came to accelerator programs with a total of 138 startups being invested in. With India and China coming in second and third place with accelerator programs having invested in 95 startups and 79 startups respectively. However it should be noted that when it came to the dollar value of investment, India was by far the clear leader of the pack with accelerators injecting over $2.4 million into its startups compared to Australia’s $1.4 million.

Sydney based Bluechilli’s accelerator program was named amongst the top ten investors in the region having invested over $800,000 into startups during the 2014 period.

When it came to the Top 20 accelerators in the region, based on the number of startups each accelerator was supporting; six Australian organisations made the cut. The top industries across the region of startups within accelerator programs were Internet of Things, Mobile Apps, Health, Big Data, Ecommerce and FinTech.

Though it has clearly been stated that this data is based on 2014 information there are a few gaping holes in the research that I feel could have been quite easily solved with a phone call or by simply researching the company websites of local accelerators. Startmate which was one of the first accelerators in the country is a notable accelerator missing from the list which currently has 37 startups as part of its portfolio.

I also think that with reports like this that the worst case scenario when it comes to the age of the data, should be six months. That way we would be looking at a 2015 report at the beginning of the year instead of aged and almost borderline irrelevant information now. This is particularly important in the startup sector where data changes at a rate much more rapidly than other industries.

The full report can be viewed here.