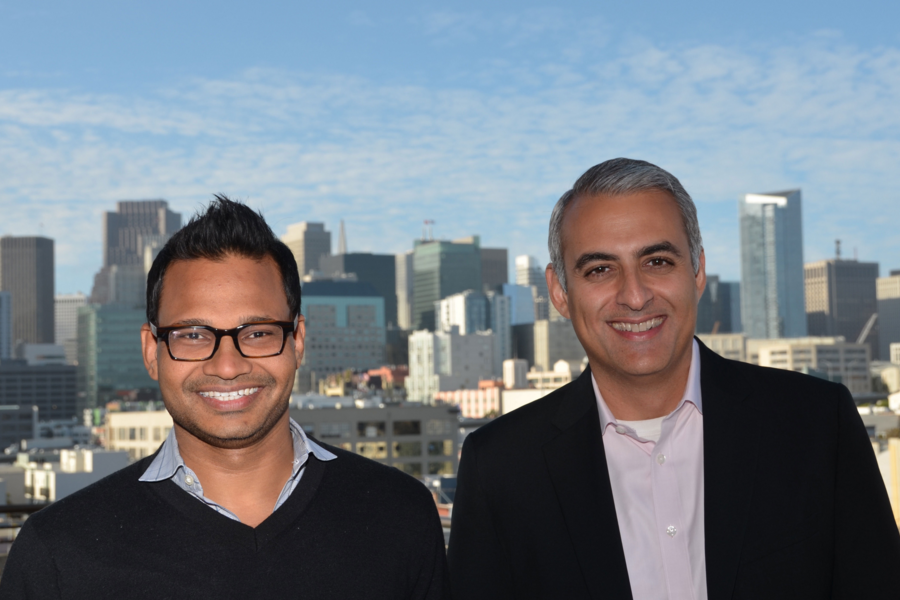 Atheer, a company working in augmented reality, has announced that it has entered an agreement to acquire ONtheGO Platforms, the developer of gesture recognition software that turns any mobile device with a standard camera into a gesture interface. The acquisition will give Atheer products greater functionality. Alberto Torres, CEO of Atheer, said in a statement, “As we continue to build an enterprise-class smart glasses platform, natural interactivity is front and center of the rich Atheer experience. ONtheGO shares a strong and synergistic patent portfolio and talent that will benefit our rapidly growing customer base and the overall market of smart glasses. We look forward to creating innovative solutions for Fortune 1000 companies with our expanded team.”

Israeli marketing company Perion has acquired New York digital ad startup Undertone for $180 million. Josef Mandelbaum, CEO of Perion, said in a statement,  “In Undertone we have found a premium brand company of scale and profitability, with a differentiated sustainable position in the market. Together we firmly establish ourselves as the leader in delivering high-quality advertising solutions for publishers and brands. In addition to providing strong cash flow and revenue diversification, Undertone will add significant depth and talent to our company. With this acquisition we intend to become synonymous with engaging and impactful advertising solutions for brands and publishers.”

Mobile rewards platform provider Perk.com has announced its intention to acquire Corona Labs, a mobile software company. Ted Hastings, CEO of Perk, said that Perk will be integrating its rewards model and monetisation solution into the Corona platform.

PeopleSpark has closed a US$1M seed funding round led by founder Mitchell Harper, which will be used to build the platform, accelerate customer acquisition and help grow the team.

App intelligence company AppDynamics has raised $158 million in a financing round led by General Atlantic and Altimeter Capital, with participation from Adage Capital, Industry Ventures, Goldman Sachs, and Cross Creek Advisors. Existing investors IVP, Greylock Partners and Lightspeed Venture Partners also participated in the round. The funding will be used to accelerate product innovation and spur sales and marketing activities.

Healthcare CRM platform Evariant has raised $42.3 million in a Series C round led by Goldman Sachs, with participation from Health Enterprise Partners and Lightspeed Venture Partners. Jason Kreuziger of Goldman Sachs has joined the board of directors.

Marketing intelligence startup Netsertive has raised $9 million to complete its $24 million Series C round, led by River Cities Capital Funds with participation from Babson Capital Management and existing investors. The funding will be used to support accelerated development in the platform.

Food delivery company EatStreet has raised $15 million in a Series C round led by 4490 Ventures and Lumia Capital, with participation from GCI Capital, MATH Venture Partners, and the State of Wisconsin Investment Board, among others. This brings the total raised by EatStreet to date to $30 million, and will be used to expand in new cities, increase market share in existing locations, and further develop the startup’s technology.

Online design tool Figma has raised $14 million in a Series A round led by Greylock Partners, with Greylock’s John Lilly appointed to the startup’s board of directors.

BrightFunnel raises $6 million Series A round

BrightFunnel, a startup that has developed a revenue attribution and forecasting platform, has raised $6 million in a Series A round led by Crosslink Capital, with participation from Salesforce Ventures and existing investors Bloomberg Beta, Karlin Ventures, and Resolute Ventures. The funding will go towards product development, sales, and marketing.

Burpple raises $6 million Series A round

Singapore food reviewing app Burpple is raising $6 million in a round led by Tembusu Partners, SPH Media Fund, and Triumph Capital. The funding will go towards further development of Burpple’s features, as well as expanding the startup’s engineering and product development teams.