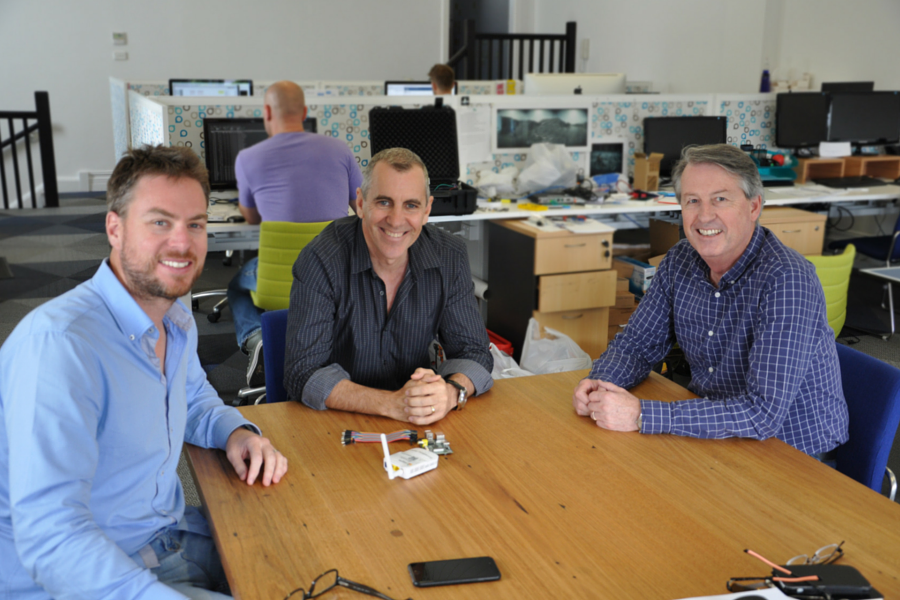 IBM has announced its acquisition of Clearleap, a provider of cloud-based video services, in a move that aims to help users access video from any device at any time. Clearleap will be integrated into the IBM Cloud platform. Financial details of the deal were not disclosed. Braxton Jarratt, CEO of Clearleap, said in a statement, “With consumer demand for video growing exponentially, the business of creating compelling and personalized video experiences is booming. This makes the acquisition by IBM, a global leader in technology, a perfect fit. As a part of IBM, we can extend the capabilities and global reach of the Clearleap innovations to grow and scale like never before.”

Fraud and identity management solutions provider TransUnion has acquired Trustev, a startup providing digital verification services. According to a statement from TransUnion, the company has already integrated Trustev’s technology into its ID Manager product. Jim Peck, TransUnion president and CEO, said, “Holistic information is a powerful tool to help our customers approve good transactions and prevent fraud, and Trustev’s innovative capabilities are at the forefront of technology in this increasingly critical field.”

Shoes of Prey raises US$15.5 million Series B round

Shoes of Prey has closed a US$15.5 million Series B round led by BlueSky Venture Capital, with Greycroft and US retailer Nordstrom coming on board as equity partners. This round brings the total capital raised by Shoes of Prey since its founding in 2009 to US$24.6 million, and follows the shifting of its headquarters to LA earlier this year. It will go towards furthering the growth of Shoes of Prey’s omni-channel retail presence in the US, as well as increasing production capacity in the startup’s China factory to keep up with demand. More than five million pairs of shoes have been created through Shoes of Prey.

Local shopping app Booodl has raised $2.85 million in a strategic investment round led by Scentre Group, the owner and operator of Westfield across Australia and New Zealand. With 15,000 stores around Australia currently on the app, the funding will go towards accelerating store growth and user acquisition.

On demand delivery platform Sherpa has raised $1.2 million from private investors, including cofounder of Hotels Combined, Michael Doubinski. The funding will go towards helping the startup expand its services in its existing markets around Australia, and expand into New Zealand.

Australian career management startup PlanDo has raised $916,000 – $450,000 in cash and $466,000 in sweat equity – from HR professionals including Bob Barbour of Lion, CEO of Whyte Co. Ann Whyte, and Dr Travis Kemp of the University of Sydney and the University of SA. The funding will go towards accelerating PlanDo’s business strategy.

Perth startup Inhouse Group, which provides ‘internet-style analytics’ for the real world, has raised $900,000 in a strategic funding round led by Peter Rossdeutscher, with participation from Zhenya Tsvetnenko, Sir Robin Miller, and consultants CSA Global. In addition to the funding, Rossdeutscher has been named board chairman.

Sydney startup Recomazing, which has created a platform through which friends can share recommendations about businesses and services, has raised $660,000 in a seed round raised through Monash Private Capital. The funding will go towards site optimisation, new functionality for users, and continued growth into the social advocacy space.

Airbnb has finally confirmed a $1.5 billion raise first reported back in June. The raise makes Airbnb the third most valuable privately held tech company in the world, behind Uber and Xiaomi. The round was led by General Atlantic, Hillhouse Capital Group, and Tiger Global.

Vice Media has reportedly raises $200 million from Disney, which doubles Disney’s stake in the company to $400 million, or 10 percent, with Vice valued at $4 billion.

One Medical, a startup focusing on tech-supported medical care, has raised $65 million in a round led by J.P. Morgan Asset Management on behalf of PEG Digital Growth Fund II, and AARP Innovation Fund. The funding will help accelerate the startup’s expansion into new markets.

GoEuro raises $45 million Series B round

GoEuro, a Berlin-based platform for booking air, rail, and bus transportation around Europe, has raised $45 million in a Series B round led by Goldman Sachs, with participation from investors including Atomica, Yuri Milner, and Tom Stafford. GoEuro CEO Naren Shaam said the funding will allow the startup to accelerate its growth and continue to build out its platform.

Data integration startup SnapLogic has raised $37.5 million in a round led by Microsoft Corp and Silver Lake Waterman, which will go towards accelerating the company’s growth and expansion.

Big data discovery startup Platfora has raised $30 million in a funding round led by HSBC and Harmony Partners, with participation from existing investors including Allegis Capital, Andreessen Horowitz, Battery Ventures, and Citi Ventures. Thi brings the total raised by the startup to date to $95 million.

Lithuanian startup Vinted, which allows users to buy, swap, or donate old clothes, has raised $27 million in a round led by Hubert Burda Media, with participation from Accel and Insight Venture Partners. The funding will go towards helping the company expand into new markets outside Europe and the US.

ItsOn, a startup allowing mobile plan providers to offer more custom plans, has raised $12.5 million in a round led by Delta Partners Capital Limited, with participation from existing investors including Verizon Ventures, Andreessen Horowitz and Tenaya Capital. The funding will go towards helping the startup onboard new providers.

On demand software development startup Gigster has raised $10 million in a Series A round led by Andreessen Horowitz, with participation from Y Combinator Continuity Fund I, Ron Conway of SV Angel, Ashton Kutcher, and Jason Calacanis of Launch Fund. Andreessen Horowitz partner Lars Dalgaard will join the startup’s board of directors.

Everwise raises $8 million Series A round

New York startup Everwise, which has created an online platform to match mentors with mentees across various fields, has raised $8 million in a round led by Canvas Ventures, Sequoia Capital, and Webb Investment Network. The funding will go towards helping the startup expand globally, with Everwise set to launch in Australia in January.

Previous article Geoff Gourley launches One10, Melbourne accelerator dedicated to social enterprise startups
Next article Atlassian valued at US$5.8 billion after blockbuster first day on the NASDAQ
Via News & Analysis
Tags acquisitionsfeaturedFundinground up